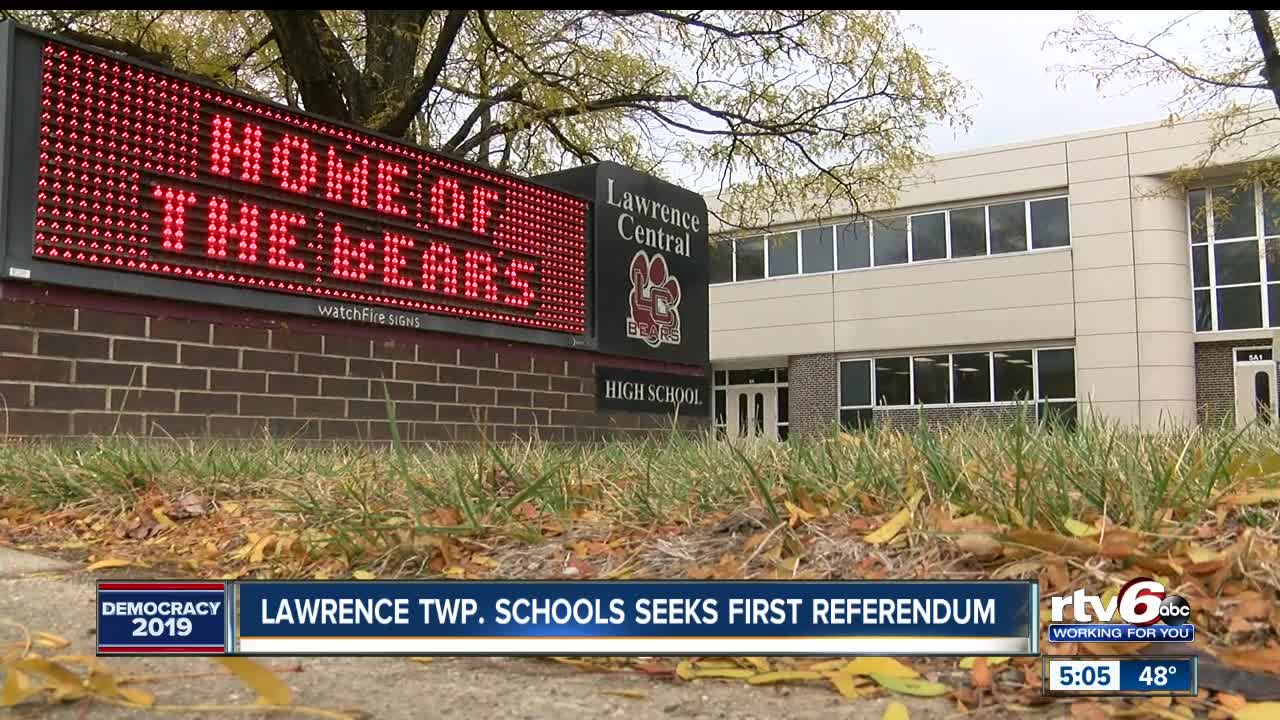 District leaders in Lawrence Township are asking voters to approve a 20 year, $191 million plan to make facility upgrades of some of the aging school buildings.

LAWRENCE — Lawrence Township is among the districts that will decide on school referendums when voters go to the polls Tuesday.

District leaders are asking voters to approve a 20-year, $191 million plan to make facility upgrades at some of Lawrence Township's aging school buildings.

Lawrence Central High School has not had a major renovation since 1993, and Lawrence North has never had one.

The project would focus on fixing structural issues, including making safety improvements and creating modern classrooms and science labs.

If approved, the owner of a $200,000 house would pay an additional $244 per year in taxes. Lawrence Township school leaders said this is the first time they have ever asked voters to approve a referendum.