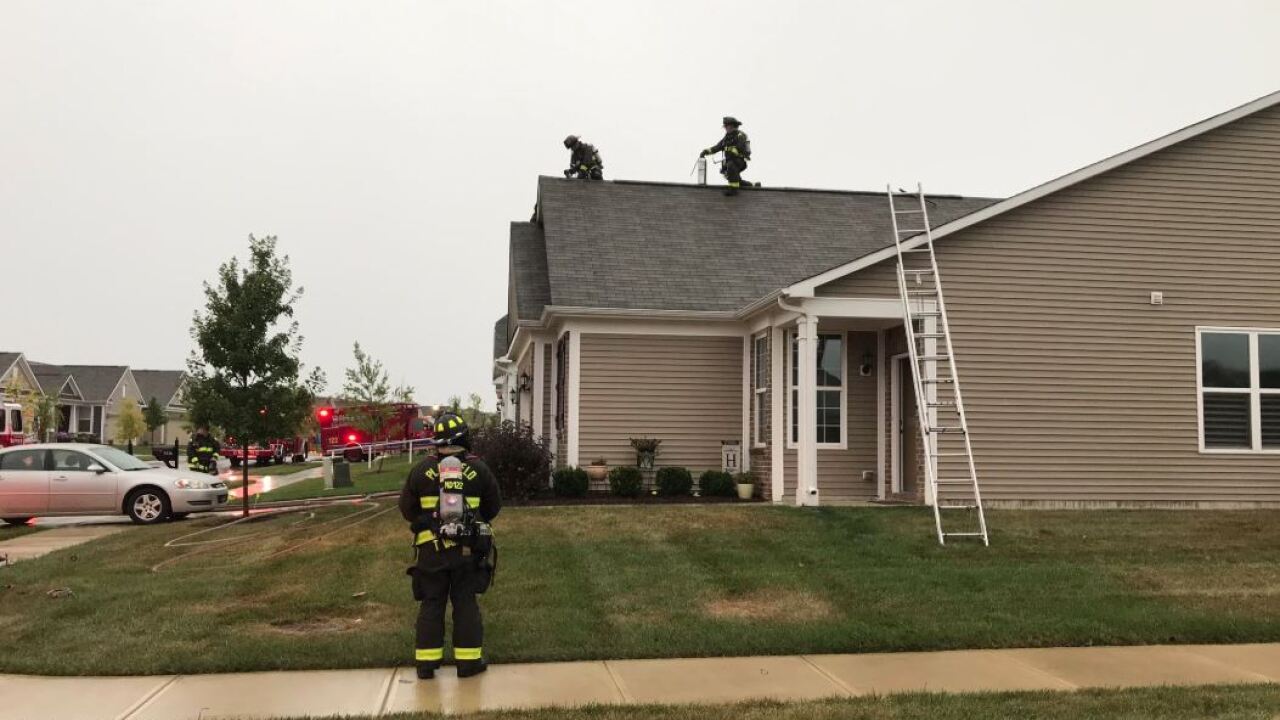 PLAINFIELD — A lightning strike Saturday afternoon caused a small fire at a home in Plainfield.

The fire at a home on Dahlia Drive was extinguished in 15 minutes, according to a tweet from the Plainfield Fire Department.

Washington Township/Avon, and Liberty Township assisted Plainfield fire fighters, according to the tweet.