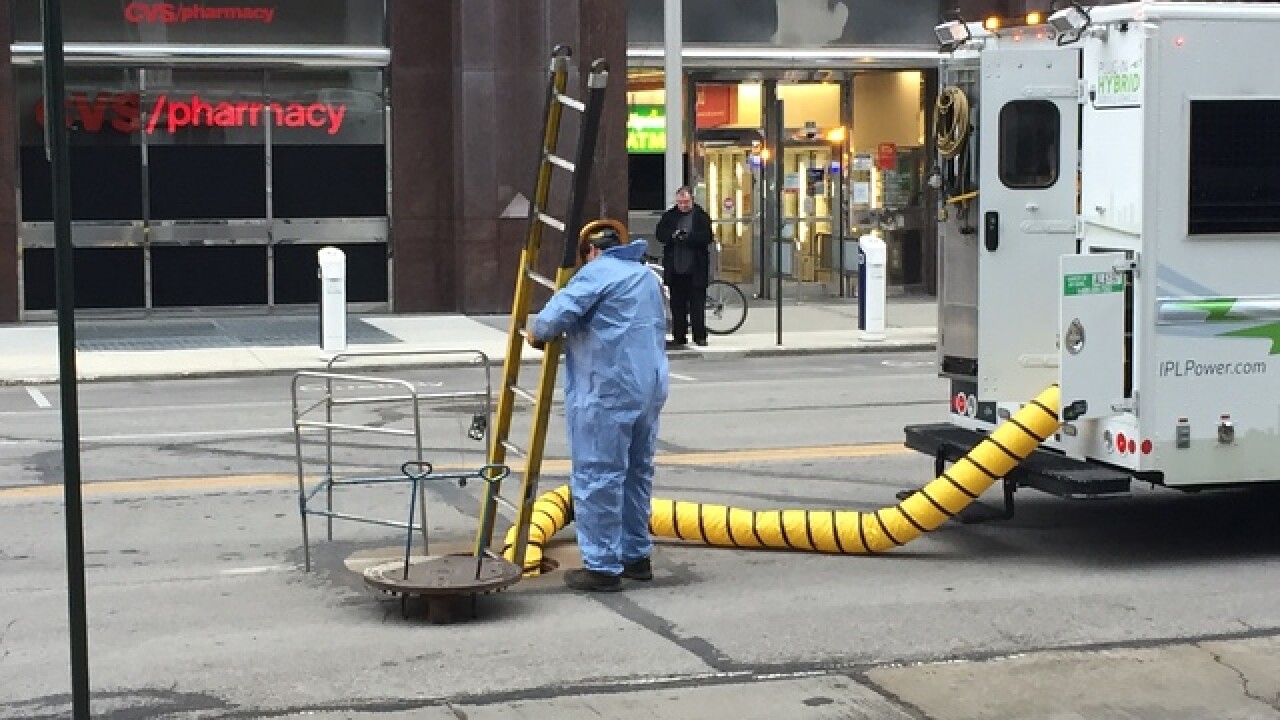 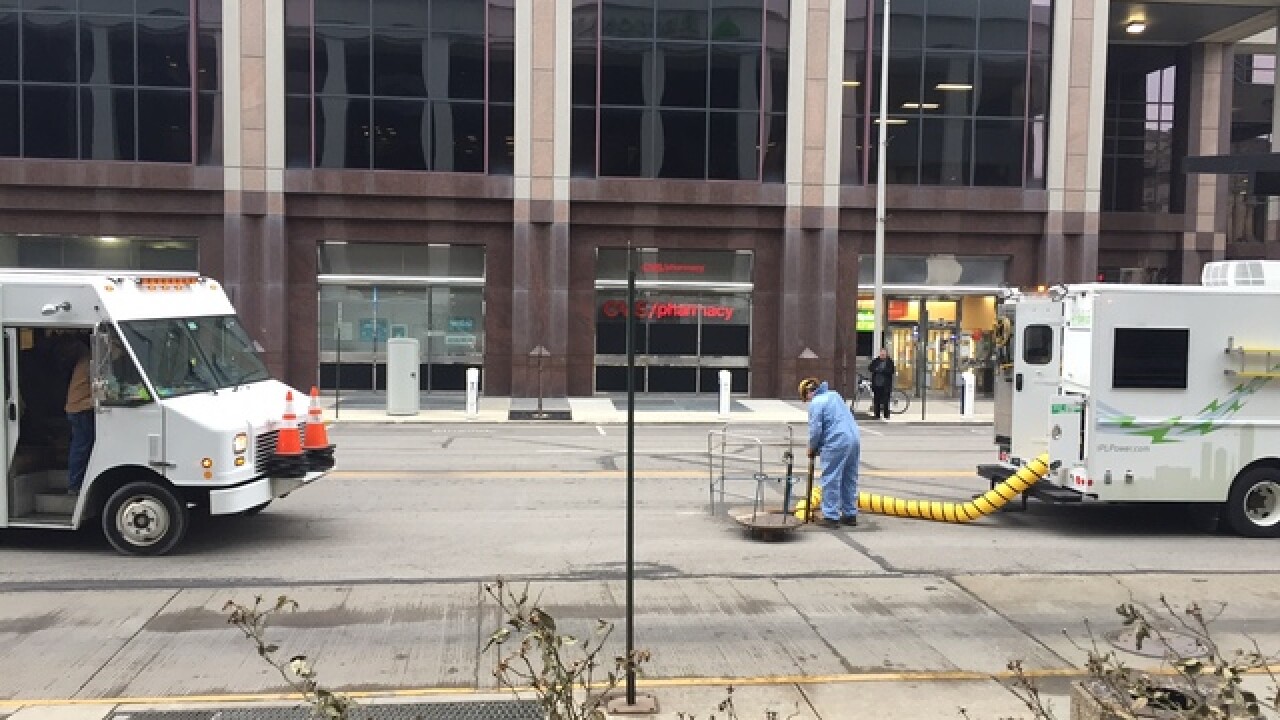 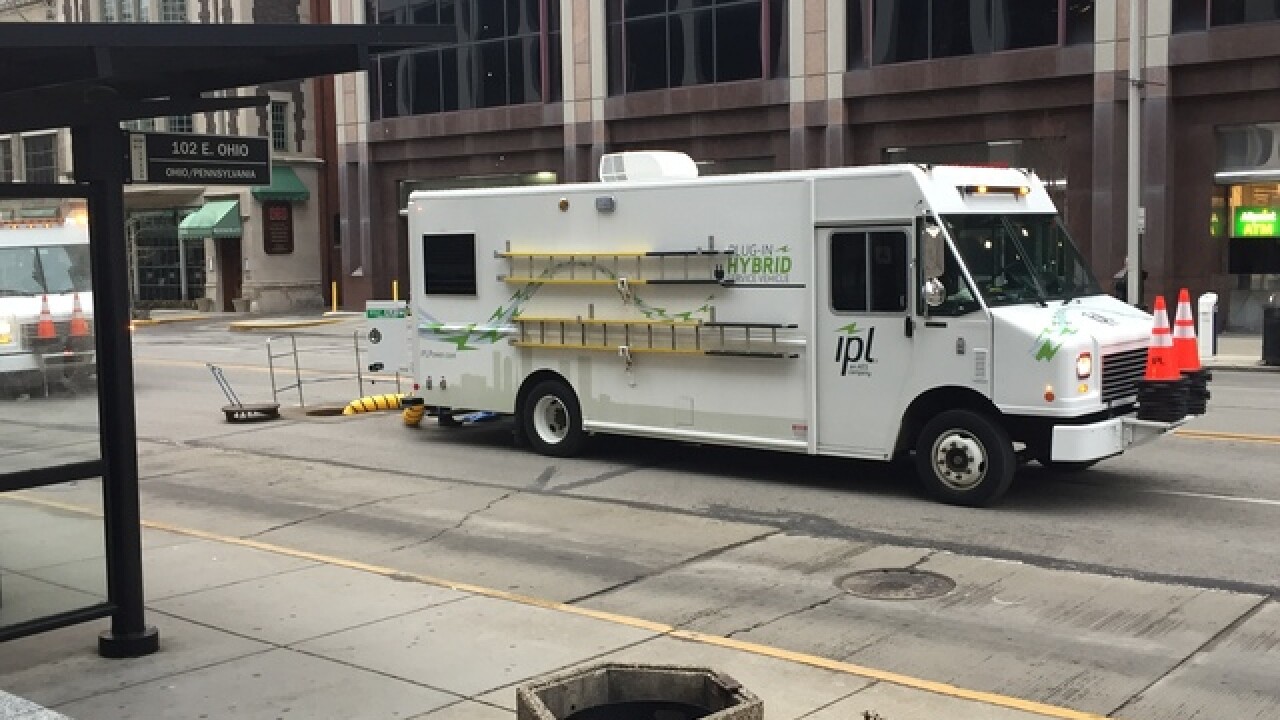 INDIANAPOLIS – A section of Ohio Street in downtown Indy was temporarily closed after a manhole exploded Wednesday morning, but due to new safety precautions taken by Indianapolis Power & Light, no one was hurt.

Witnesses standing at the bus stop at Ohio and Pennsylvania Streets said they heard a loud noise and then saw smoke coming from the manhole.

Thanks to the Swivel-loc cover installed over the manhole, no one was hurt, said officials with the Indianapolis Fire Department.

The Swivel-loc covers are designed to pop up about 2 inches to relieve pressure during an underground incident -- instead of violently blowing off like traditional manhole covers.

Several manholes exploded near North Street and Capitol Avenue in March 2015 causing power outages and a major traffic jam. A fire was reported after a manhole cover popped off into the street.

In April 2015, IPL officials appeared before the Indiana Utility Regulatory Commission to explain steps they had taken to avoid more manhole explosions.

These steps included hiring an expert on underground cables and installing Swivel-loc covers.