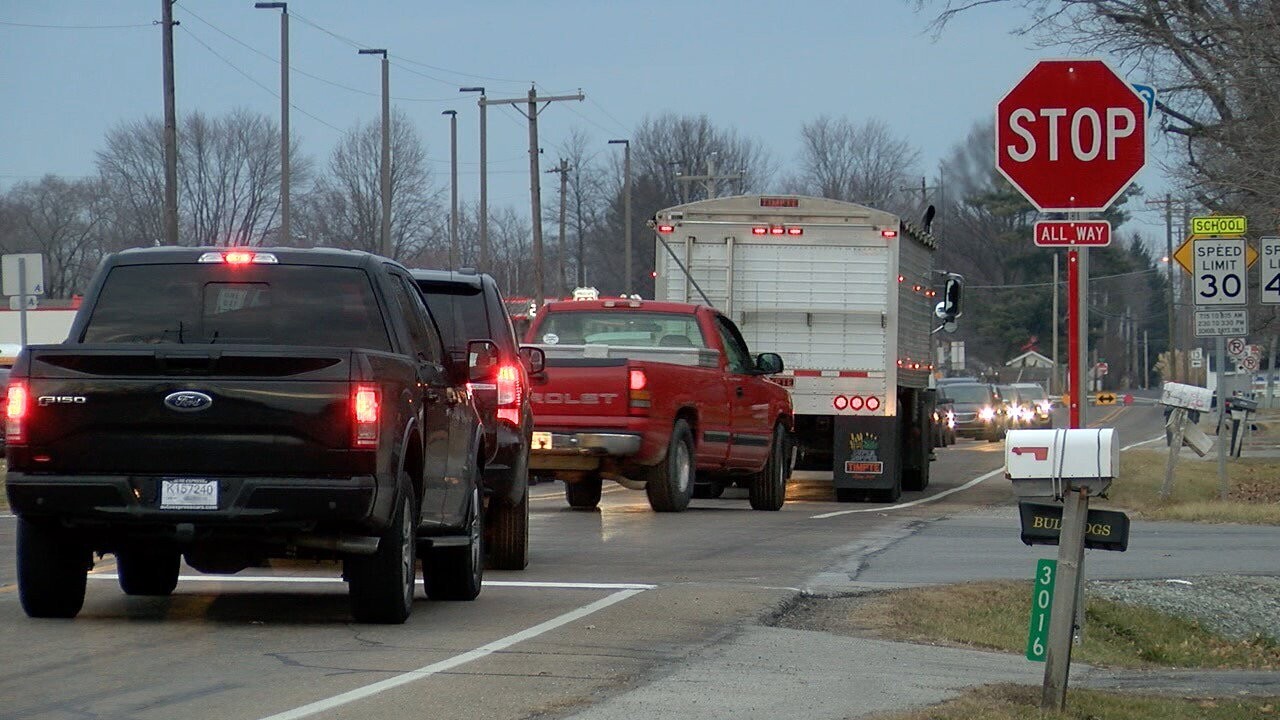 LAPEL — A four-way stop has been at State Road 13 and 300 South in Lapel, Indiana by INDOT following RTV6's story last month.

Parents dropping kids off on the first day back after winter break to Lapel elementary and middle school noticed the stop signs this morning.

"I am excited to see that the traffic really flowed with not much congestion. There is a little hesitation as you are headed south. But really everything flowed very nicely this morning," said Lapel resident, Stephanie Evelo.

Evelo has three children in Frankton-Lapel Schools. She, along with other parents, filed complaints with INDOT for lack of traffic control at the intersection. It had previously been a two-way stop, with no stop signs on State Road 13.

"So, originally when we reach out to INDOT, they had communicated back that they weren't going to be doing anything until 2020," said Evelo. She expressed her excitement to start 2019 out with the new four-way stop, a year ahead of schedule.

A man who has lived right next to the intersection for 30 years, says something needed to be done, but he is not sure a four-way stop was the answer.

"I thought a caution light maybe. Didn't want a stop and go light, and didn't want a four-way stop, but hopefully it will help," said Jeff Johnson. "I know a lot of people are from out of town and they assume it is a four way stop. So they stop, and then they pull out into traffic, and that is where a lot of the accidents happen."

The new four-way stop is something drivers will have to get used to — as state police are already out monitoring the area.

After RTV6's story, INDOT determined stop signs were needed at the 300 South intersection as well.

If you would like to report a concern with INDOT, go here.