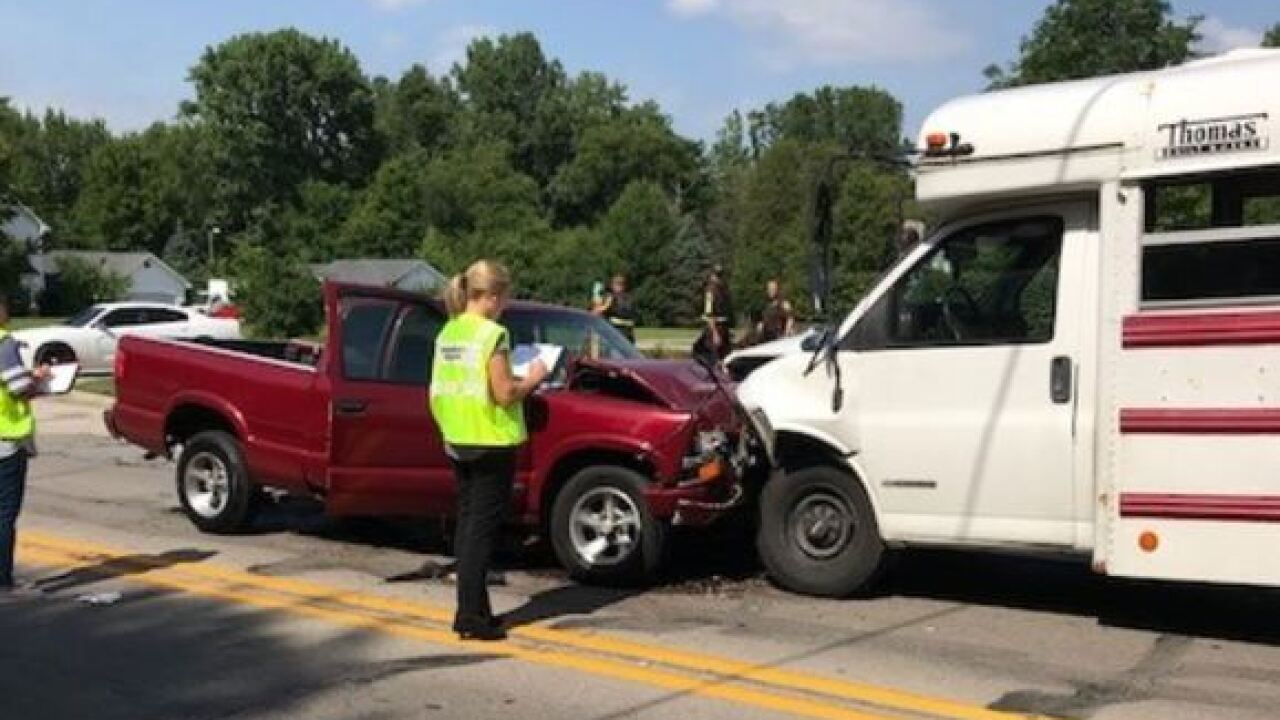 MADISON COUNTY, Ind. -- A 69-year-old man was killed in a head-on crash with a bus in Alexandria Monday.

Madison County Sheriff's deputies were called to the crash on State Road 9  between CR 900 N. and 1000 N. around

Investigators say a small athletic bus from Alexandria Monroe Schools was northbound on State Road 9 when an S10 pickup truck traveling the opposite direction crossed the centerline and collided with it head-on.

The driver of the truck, Thomas Derry, was taken to Community Hospital in Anderson where he was pronounced dead.

The 27-year-old bus driver was not injured.

No students were on the bus.

The crash remains under investigation by the Madison County Sheriff's Department.