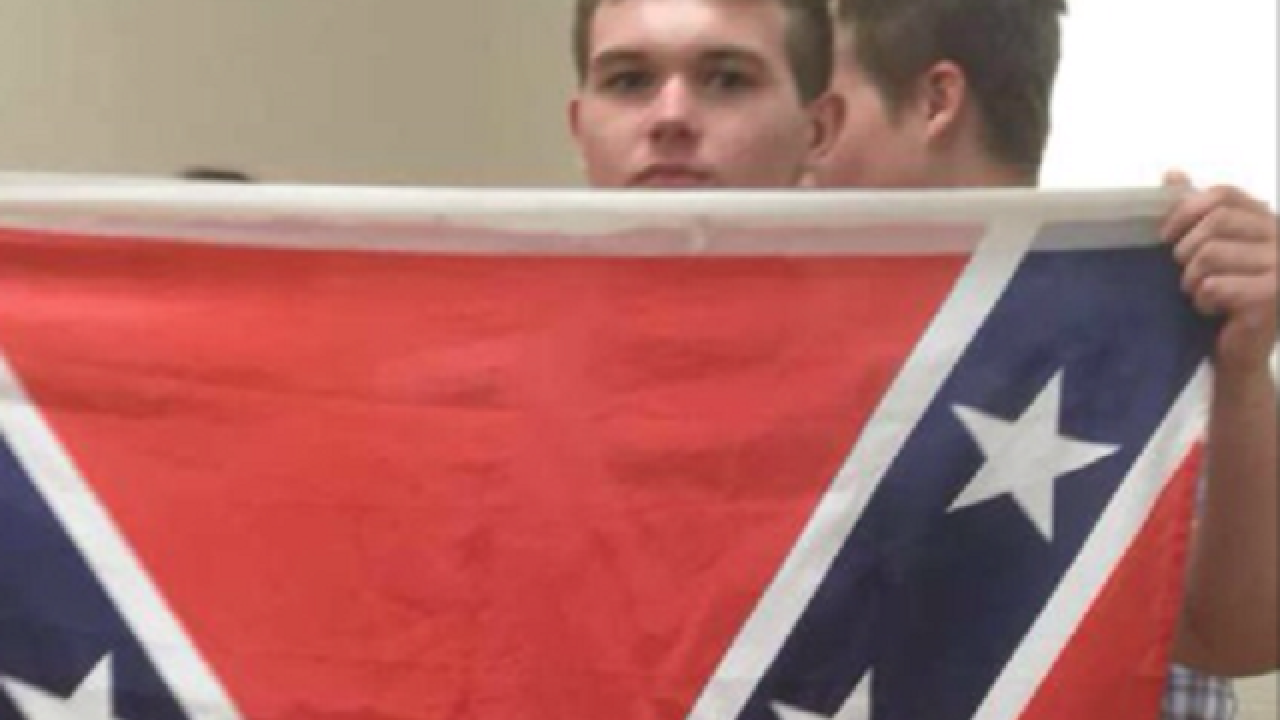 LAPEL, Ind. – Students were banned from wearing or displaying the Confederate flag within the Frankton-Lapel school district after an annual tradition caused chaos at the community’s high school.

Superintendent of the school district, Bobby Fields, said the emblem was banned to “protect the sanctity and integrity of the learning environment.”

Senior Peyton Bannon, who wore the flag, said it was only a handful of students who decided to fly the confederate flag to remember the Second Battle of Bull Run.

"I'm for what they believe in. I'm for the south,” said Bannon. “They seceded from the north for tax reasons and they just didn't want to be pushed around anymore so they left."

Administrators said more than 75 students complained about the flag. Other students said those wearing the flag bullied their peers.

“They've had these flags every year,” said Elliotte Burton, one of 25 students who planned to wear black lives matter t-shirts. “They would just take them down, but now that the situation has been brought up that kids were going to do the black lives matter shirts, they'll literally ride around the school with them flying then they'll leave the parking lot and drive around this whole town with them."

Bannon said he understands why people would be offended.

“Not one bit of it was meant to be racist and I do feel bad for them for letting myself portray it like that because that's not what it was meant for,” he said. “I was very disappointed in my community because it wasn't an act of racism it was an act of honor."

Burton said the issue spun out of control because of social media and rumors.

Fields released a statement on behalf of the school district.

Amendments have determined that this particular attempted exercise, on school property, must be limited to protect the sanctity and integrity of the learning environment which has been so effectively established at Frankton-Lapel Community Schools. As Chief Justice Burger stated in 1986 “The undoubted freedom to advocate unpopular and controversial views in schools and classrooms must be balanced against the society’s countervailing interest in teaching students the boundaries of socially appropriate behavior.”

Therefore in this particular instance our administration stopped this small number of students from exercising their First Amendment Rights upon school property, because the students exercise of the right of free speech and free expression were outweighed by the reasonable likelihood that the continued exercise of such rights would undermine the learning atmosphere at Lapel High School.

Our administrators at Frankton-Lapel Community Schools will continue to use the “balance test” as previously set forth in any future incidents wherein the Constitutional rights of some student may be restricted because of the exercise of such rights may disrupt the integrity and sanctity of the teaching and learning process.