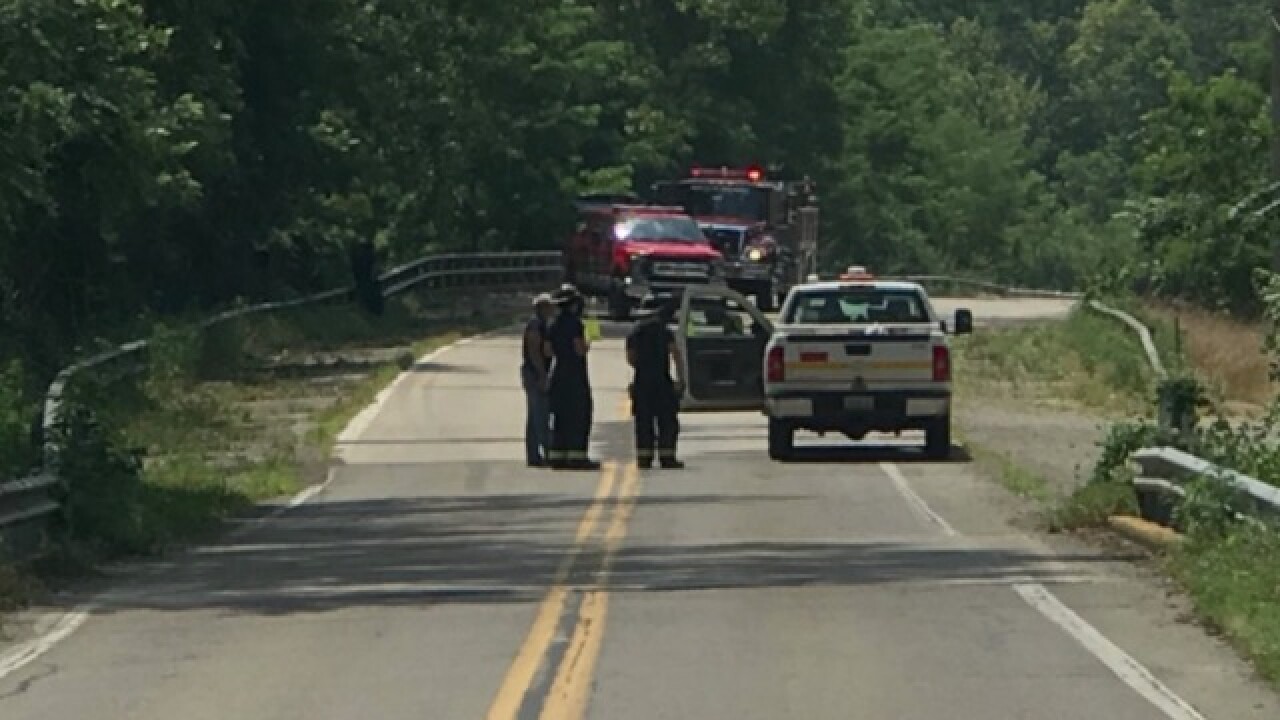 Copyright 2018 Scripps Media, Inc. All rights reserved. This material may not be published, broadcast, rewritten, or redistributed.
Madison County EMA

MADISON COUNTY, Ind. -- A natural gas pipeline along a creek struck by contractors on a private piece of property and a small sinkhole near that location caused part of a road to be shut down Sunday afternoon in Anderson.

The 500 and 600 blocks of New Columbus Road were closed while Vectren crews worked to fix the leak. One residence had to be evacuated due to a change in wind direction.

Video from the scene. @VectrenIndiana has stopped the leak, residents have returned home and New Columbus Road is open again. pic.twitter.com/Jilh3WXjBB

Update from New Columbus Ave: no evacuation, @VectrenIndiana on scene. Still an active leak at this time. County Highway also requested for a sink hole in the middle of the road. We will update as the situation changes. pic.twitter.com/Z7KIVQwRdD