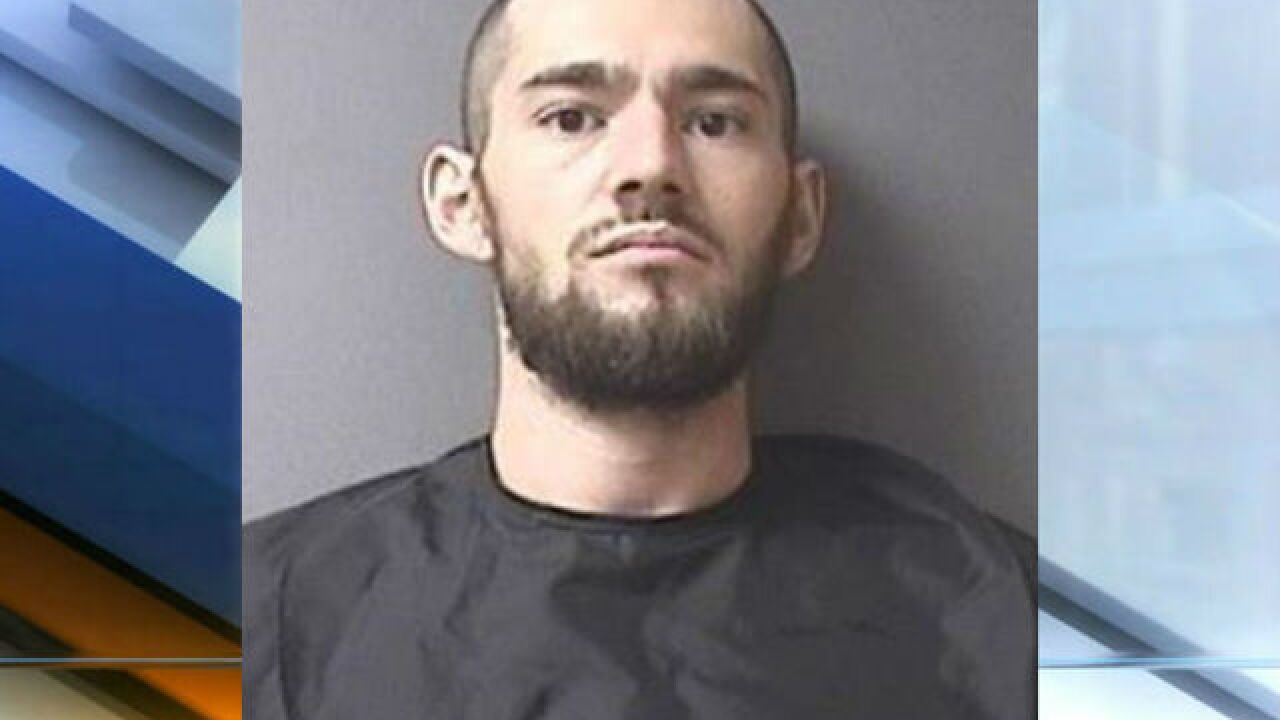 MADISON COUNTY, Ind. — A 26-year-old man was arrested and charged after a 2-year-old boy died in his care last month.

Police were called to a residence in the 2700 block of South K Street in Elwood, Indiana for an unconscious not breathing 2-year-old on Oct. 26. The responding officer talked to Jacob Wootton, the stepfather of the child.

Wootton told police he got home at about 3:15 p.m. He said he left briefly to get something to eat, then when he returned, the child was in the bathtub. Wootton said he left to check on a different child, then heard a thud. When he returned to the 2-year-old, he was lying on his back and his head was "dangling" off the back of the tub, according to a probable cause document.

Wootton said he picked him up to keep him awake. The child, identified as R, was unresponsive, Wootton said. He said he tried running R under cold water, beat on his face, patted him on the back, smacked him in the face, and tried CPR. Wootton also told police he bit R on the cheek to keep him awake.

Wootton said his cousin and another man came over and called 911 while he was doing CPR. He told police he tried CPR for about 5 or 10 minutes before police came.

Police spoke to one of the two men that came and called 911 at the house while Wootton was performing CPR. The man told police Wootton said he forgot about R in the tub for about 5 minutes. The man said when he felt the baby, he was "ice cold," according to the document. The man believed Wootton was more concerned about his wife's feelings about what happened than the actual health of the child.

An autopsy was performed on the child. The pathologist who performed the autopsy said R had multiple bruises, which weren't consistent from a fall.

The child's mother was also interviewed by police. She said Wootton does the discipline in the house and stated she once told him not to spank them so hard. She was asked why she keeps bringing the kids around, but she didn't have an answer, according to the document.

She also admitted she's never taken R to the doctor for any checkups or vaccinations. When asked why, she told police he has always been a healthy baby and never needed any, the document stated.

Wootton has been formally charged with neglect of a dependent resulting in death, invasion of privacy, resisting law enforcement, possession of marijuana and possession of paraphernalia.