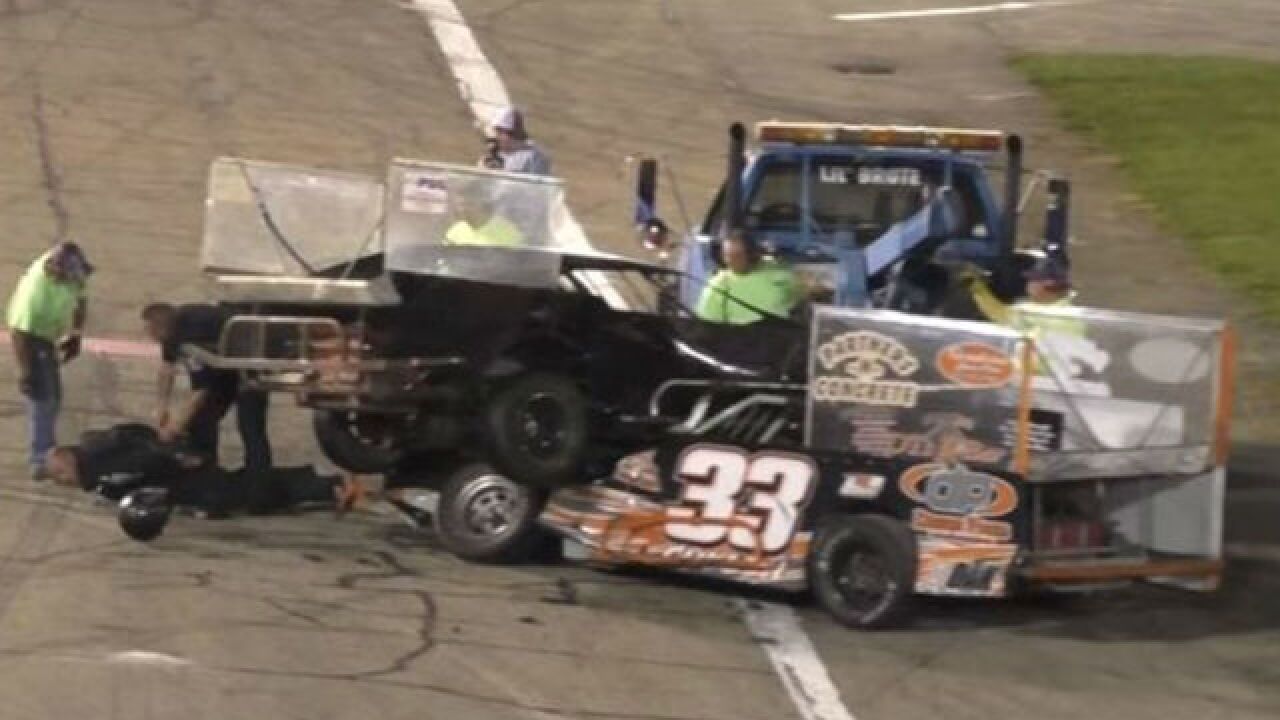 During the next to last race of the night, two drivers confronted one another after a black race car was bumped off the track, then crashed into another.

Jeffery Swinford, driver of a black car, then drove his vehicle on top of race car No. 33, driven by Shawn Cullen.

Both drivers fought for about 30 seconds before a police officer used a Taser to subdue Cullen.

Both drivers were led away in handcuffs. Video captured the entire incident. You can watch that in the player at the top of this story.

"It is absolutely totally, dangerous," said Anderson Speedway Owner Rick Dawson. "It is a 3,500 pound race car going after an individual. It's no different than a gun or a knife, or a bomb as far as I'm concerned. It's gonna have the same results of things don't go right."

The Madison County prosecutor agrees and said the event could have been disastrous.

"We've seen event with Tony Stewart, somebody got killed in that incident," said Rodney Cummings. "It's a dangerous place to be and injuries can occur. Don't let your temper get the better of you. That would be the moral of the story."

Swinford was not available for an interview, but his older brother and the car owner, defended his actions.

"You run into us not once, but twice in the same race," said Mike Swinford. "What are you gonna do back up and quit? It's racing. Is racing a sport where you are gonna back up and let the other go because he is beating your car?."

Watch the crash, fight, and arrests in the video player at the top of this story.