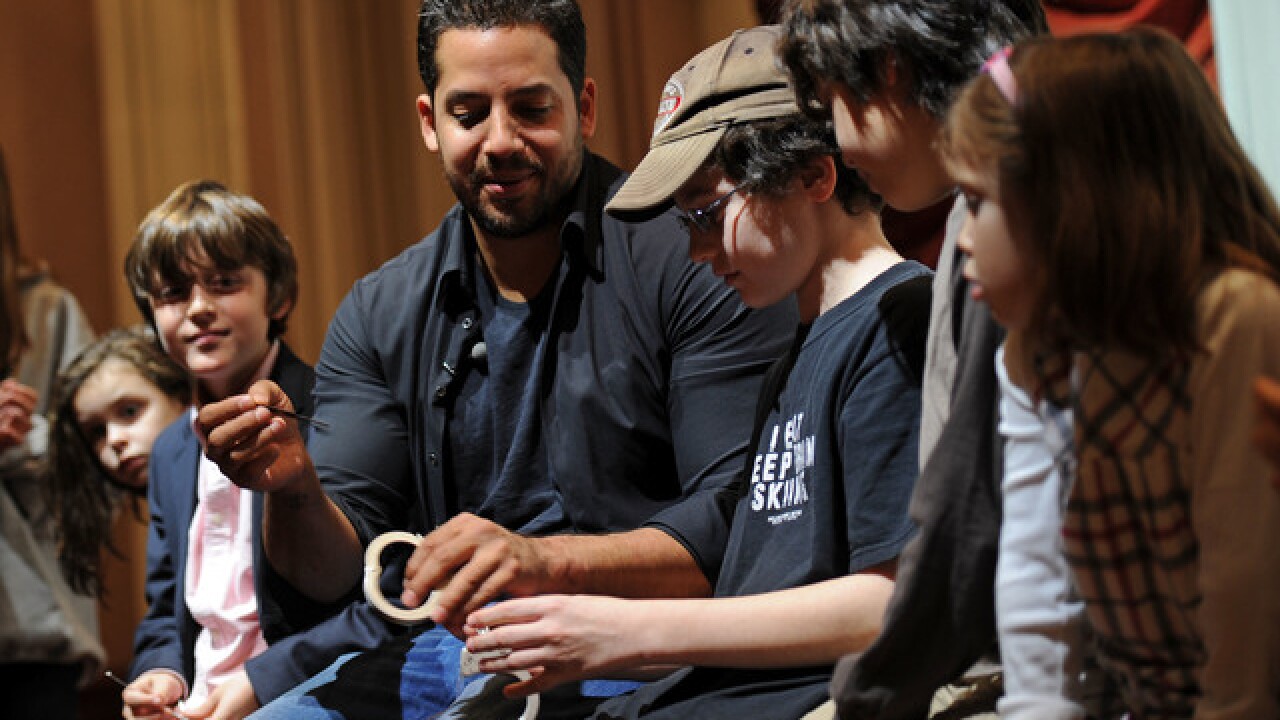 Copyright 2017 Scripps Media, Inc. All rights reserved. This material may not be published, broadcast, rewritten, or redistributed.
Bryan Bedder
<p>NEW YORK - OCTOBER 29: David Blaine reveals the secrets of Houdini's escapes to children at the opening of The Jewish Museum's "Houdini: Art and Magic" at The Jewish Museum on October 29, 2010 in New York City. (Photo by Bryan Bedder/Getty Images for The Jewish Museum)</p>

Blaine announced on his Facebook page that the show is being postponed "due to a family bereavement."

He was scheduled to perform at The Murat Theatre at Old National Centre.

Blaine is known for mesmerizing audiences with his magic, illusions, and stunts.

He's been buried alive for a week, encased inside a six-ton block of ice for three days, and had over one million volts discharged at him continuously for 72 hours from seven Tesla coils.