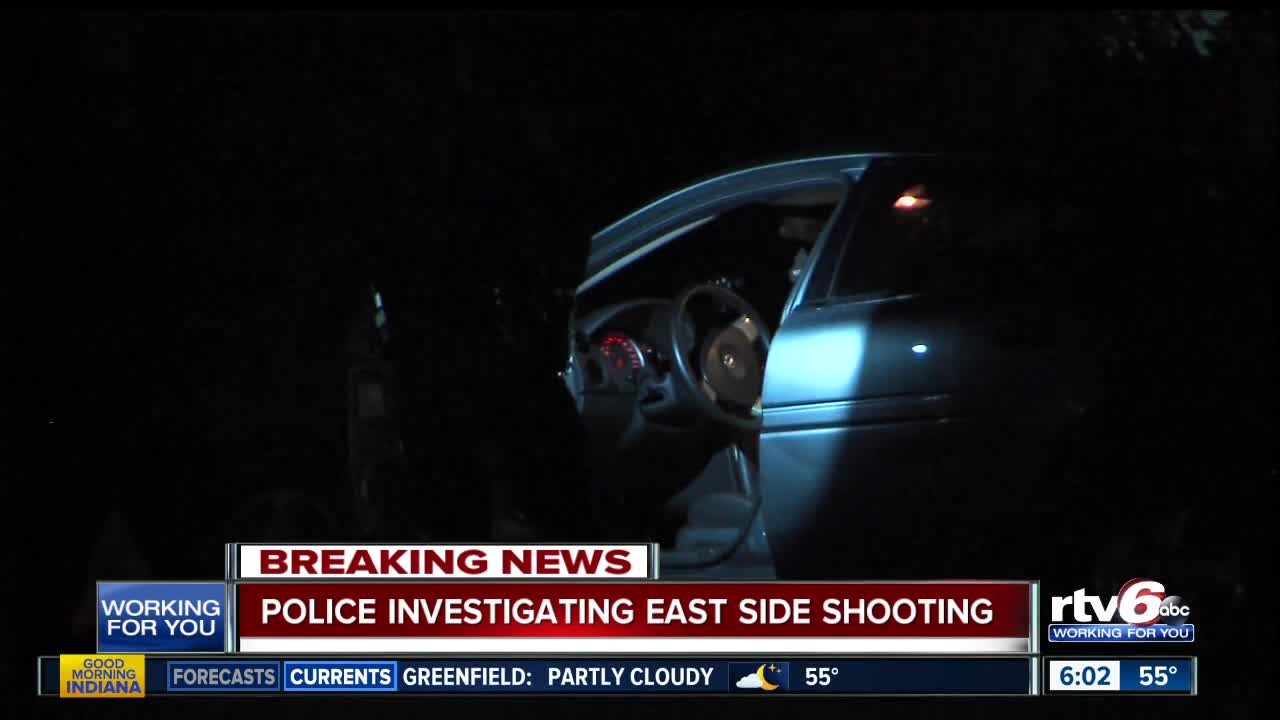 Police found a man in the driver's seat of a car with multiple gunshot wounds on the east side of Indy.

INDIANAPOLIS — A man is recovering Monday morning following a shooting on the east side of Indianapolis.

The shooting happened on Balboa Court, near 42nd Street and Post Road.

Indianapolis Metropolitan Police Department officials responded to a shots fired call, and when they arrived, officers found a man sitting in the driver's seat with a gunshot wound.

The victim was taken to the hospital and is expected to survive.

At this time, it is unclear if police are searching for a suspect.