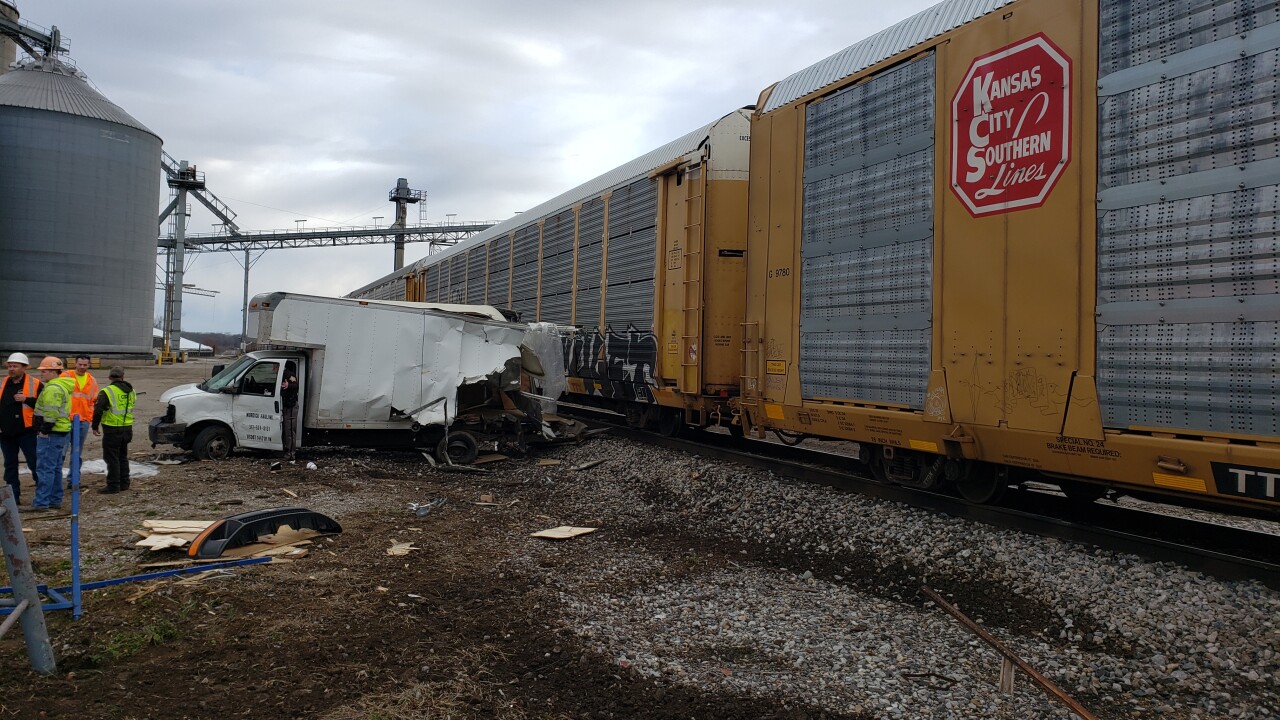 Provided by Johnson County Sheriff&#39;s Office
A man was injured Wednesday after he attempted to beat a train in a box truck and was struck north of Edinburgh on Wednesday, March 4, 2020.

EDINBURGH — A 24-year-old man was Middletown was injured when he attempted to beat a train in a box truck north of Edinburgh on Wednesday.

According to a report from the Johnson County Sheriff's Department, a man was driving a box truck west on County Road 650 S east of U.S. 31 shortly before 8:30 a.m. Wednesday. Deputies said the man attempted to beat an approaching train and ran the stop sign.

Deputies said the rear of the Chevrolet box truck was struck by the northbound train.

The driver of the truck, Jacob Adam Murdick, 24, of Middletown, was taken to Johnson Memorial Hospital for treatment, deputies said.

Sheriff's deputies are investigating the crash with the assistance of the Indiana State Police, who will perform a commercial vehicle inspection on the box truck.

The train had 91 cars attached to the locomotive.