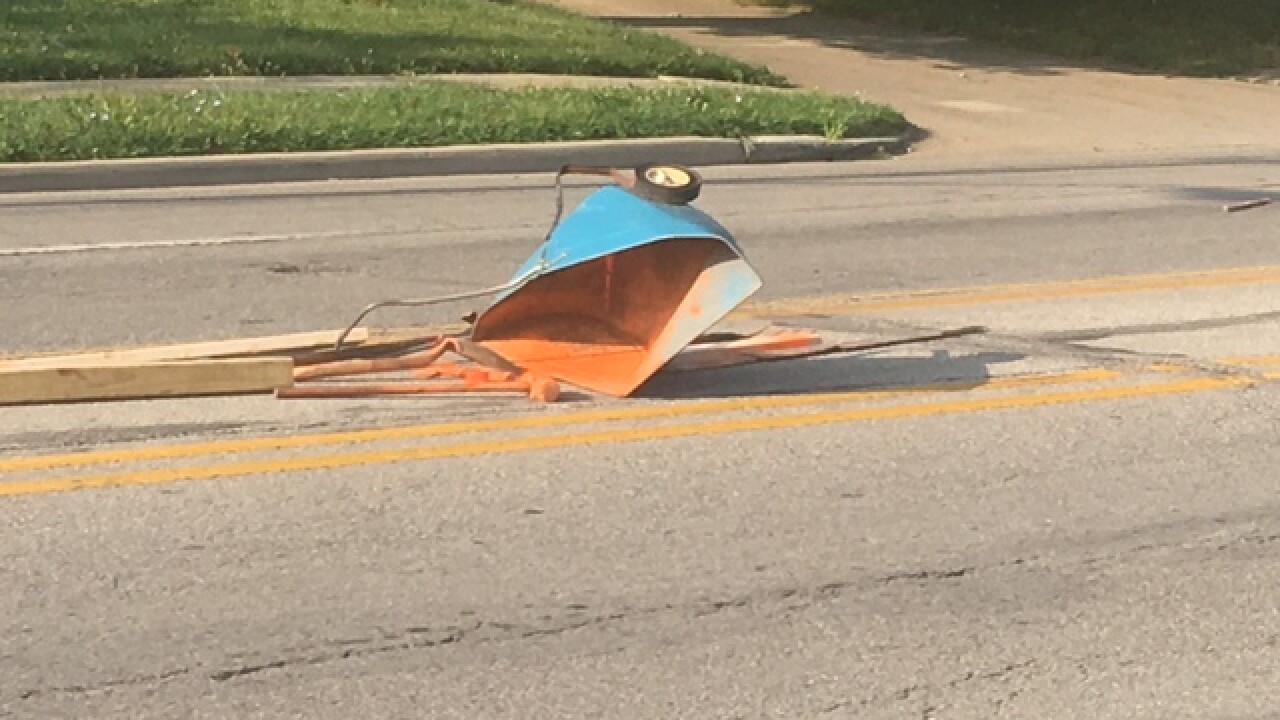 INDIANAPOLIS — A man pushing a wheelbarrow across a busy intersection was struck by a vehicle in Indianapolis early Wednesday morning.

Indianapolis Metropolitan Police Department officers were called to the scene on English Avenue near Emerson Avenue around 7:30 a.m.

Witnesses told police the man was pushing a wheelbarrow across English Avenue when he was struck by an SUV in the eastbound lanes. The driver of the SUV stayed at the scene and is cooperating, police say.

The pedestrian was rushed to the hospital in extremely critical condition, according to police. Their identity has not been released.

The crash remains under investigation by IMPD.