Man stops in Indy during ride across country to raise awareness, funds for Alzheimer's research 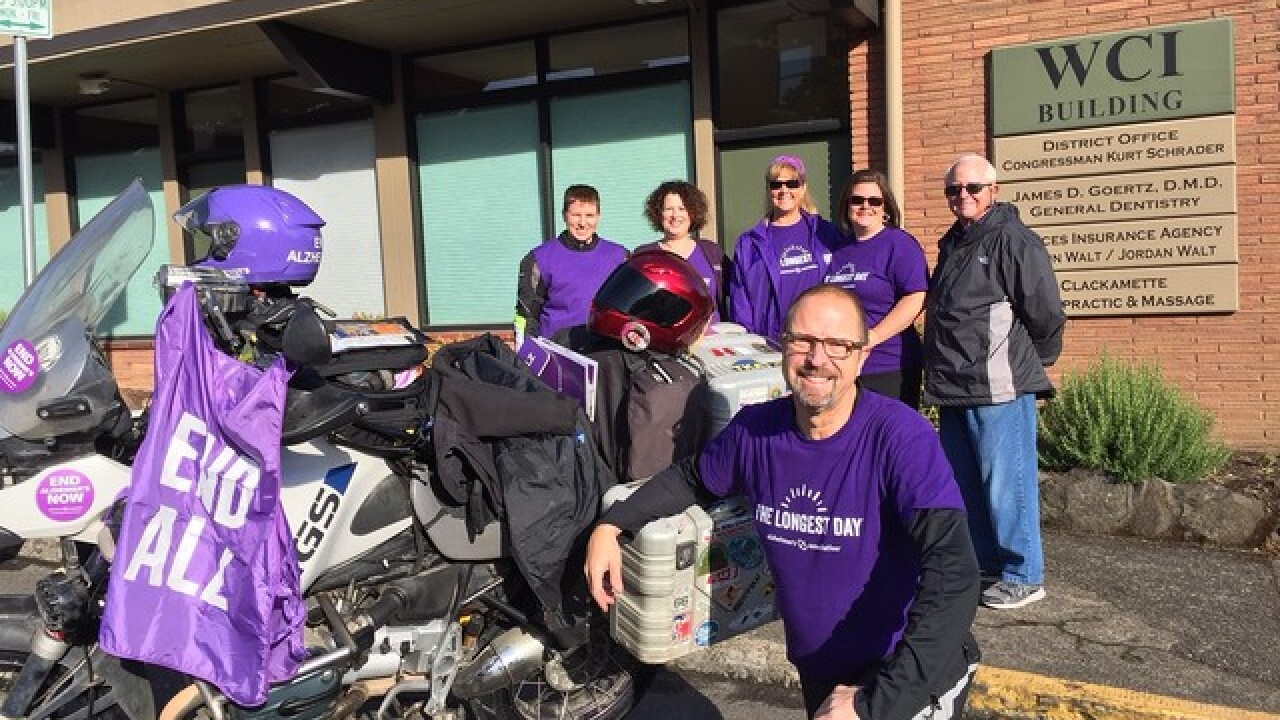 <p>Donham met with his congressman in Oregon City, Oregon before heading cross-country to the congressman's office in Washington, D.C. (source: radiomanridestheworld.com)</p> 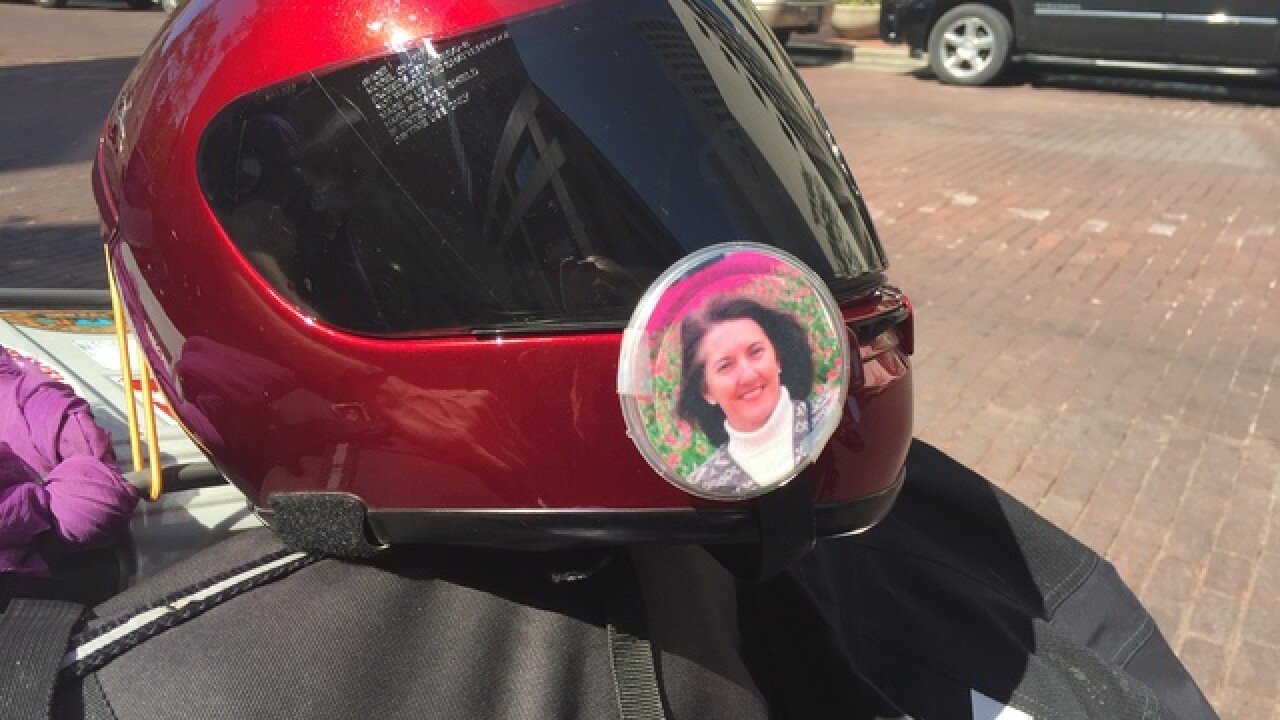 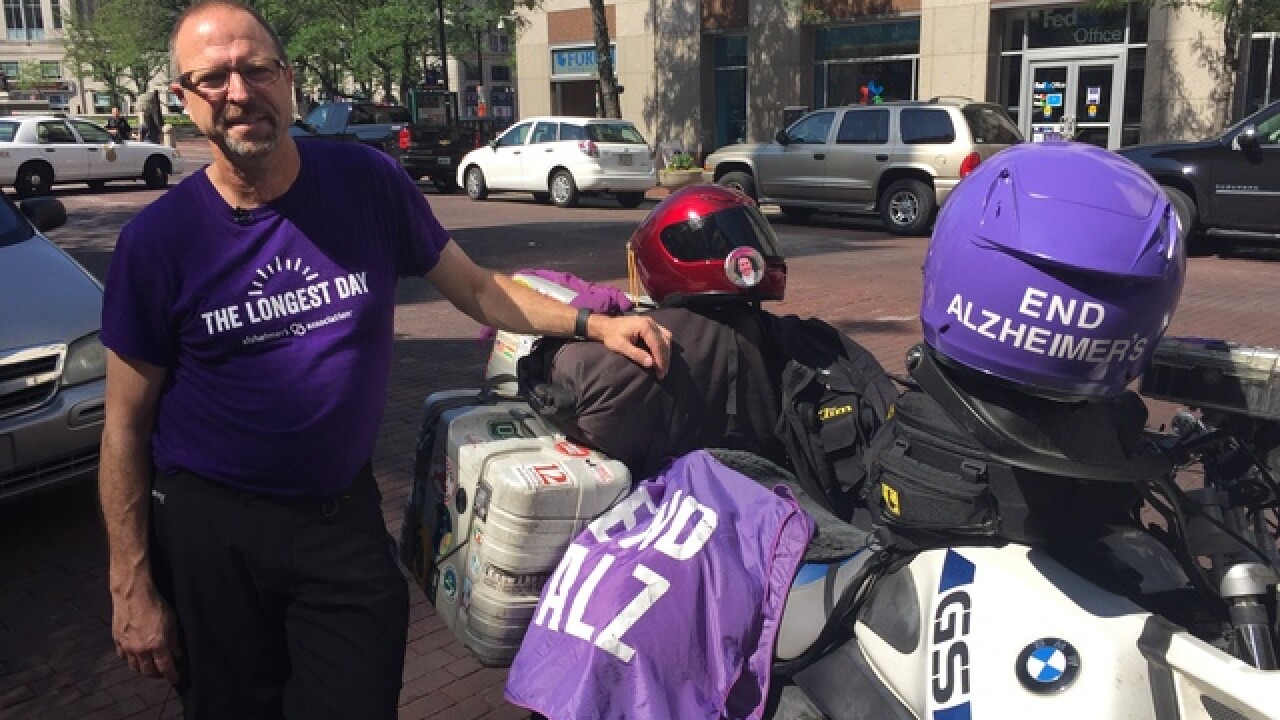 INDIANAPOLIS -- An Alzheimer's advocate made a stop in Indianapolis Sunday while on his cross-country motorcycle ride to raise awareness and funds to find a cure for the disease.

Mark Donham's wife, who was from Indiana, was diagnosed with early-onset Alzheimer's disease in her late 40s and passed away in her early 50s.

He's now taking part in "The Longest Day," an event to honor the strength, passion and endurance of those facing Alzheimer's.

Donham began his journey on June 15 after meeting with Congressman Kurt Schrader in Oregon City, Oregon, and will end it at the congressman's office in Washington, D.C.