MAP: Where the two bodies of the teen girls were found near Delphi, Indiana 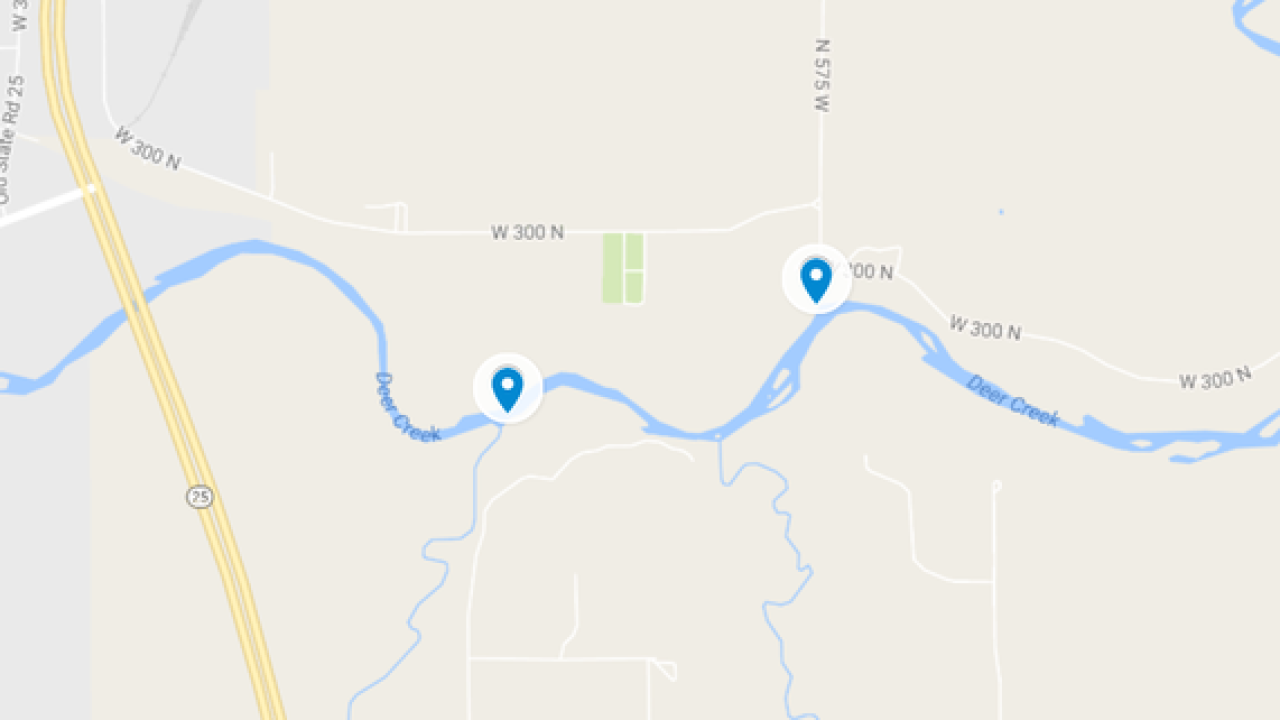 DELPHI, Ind. -- The two teen girls were last seen by family around 1 p.m. Monday when they dropped them off near the Monon High Bridge, an abandoned railroad bridge.

The two girls, Abigail "Abby" Williams,13, and Liberty "Libby" German,14, were supposed to meet family at the same location to be picked up, but didn't show up.

The next day, during a search, police found two bodies farther along Deer Creek. Kim Riley of the Indiana State Police said the bodies were found about a mile east of the Freedom Bridge, which is part of Hoosier Heartland Highway.

Wednesday afternoon, authorities positively identified the two bodies as Williams and German during a press conference in Delphi.

Take a look at the map below to get an idea of the location on where the bodies were found: