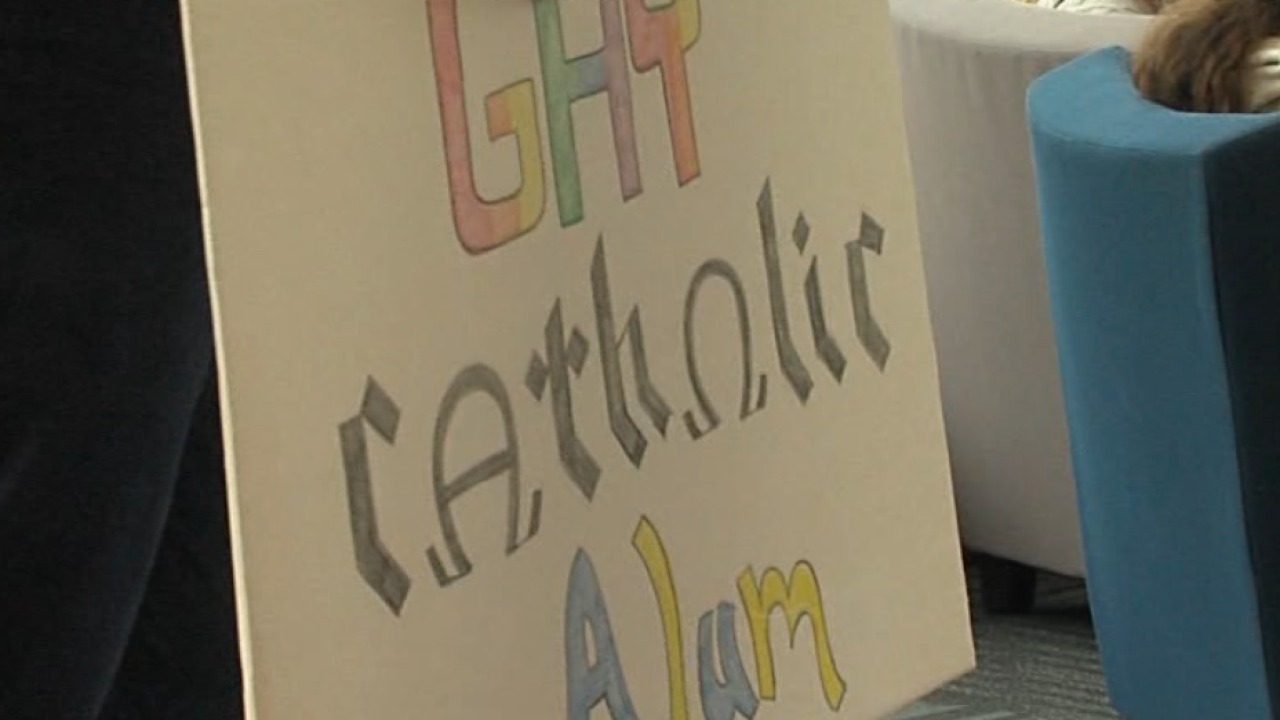 Copyright 2019 Scripps Media, Inc. All rights reserved. This material may not be published, broadcast, rewritten, or redistributed.
RTV6/Tony Grant 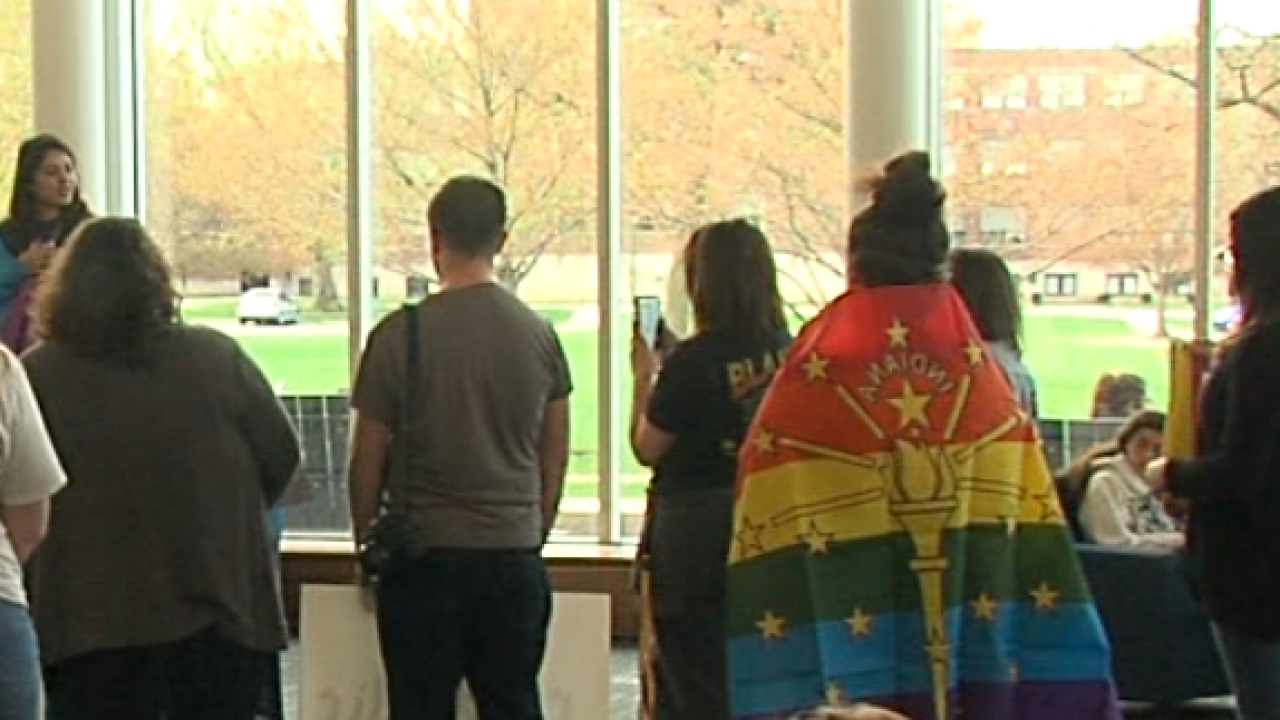 INDIANAPOLIS — The gay-straight alliance student group at Marian University held a demonstration on the campus on Wednesday evening. According to the group, formally known as the 'Marian Alliance,' the university is not letting them hold public events.

Marian University is a private, Catholic institution. Members of the Marian Alliance say they tried to organize an event open to the whole school, but university officials turned them down.

When the group tried to get approval, the university told them the event could not be made public because their group contradicts Catholic teachings.

In her own words, Rachel Horan, a member of the Marian Alliance had the following to say about the institution's decision:

"The Marian Alliance has been blocked from hosting student events throughout the year, though they've been given a budget and follow the correct steps in planning these events. School faculty and staff have also been instructed not to support or give any assistance to the group. Historically, any attempt at sustaining an LGBTQ+ student organization at Marian University has been shut down and not given support. The current student body is looking to make a positive change to this trend and have gotten support from alumni and the current student population."

Instead of holding their event, the gay-straight alliance organized a protest on Wednesday night, attended by current students and alumni.

"When I hear that, I hear that you, a student, are against or you do not run in line with our Catholic teaching - but they'll accept us as students," Kayla Bledsoe, a member of the Marian Alliance, said.

A spokesman for Marian University said the school is trying to meet the group halfway.

"There are a lot of topics that are hot button topics for some students, and in those cases, we still want to allow that dialogue," Marian University Spokesman, Mark Apple, said. "We just need to make sure as a Catholic institution that it's illumined by the teachings of the Catholic church."

The gay-straight alliance and Marian University both say they will keep working towards a resolution so the group can keep holding public events on campus.