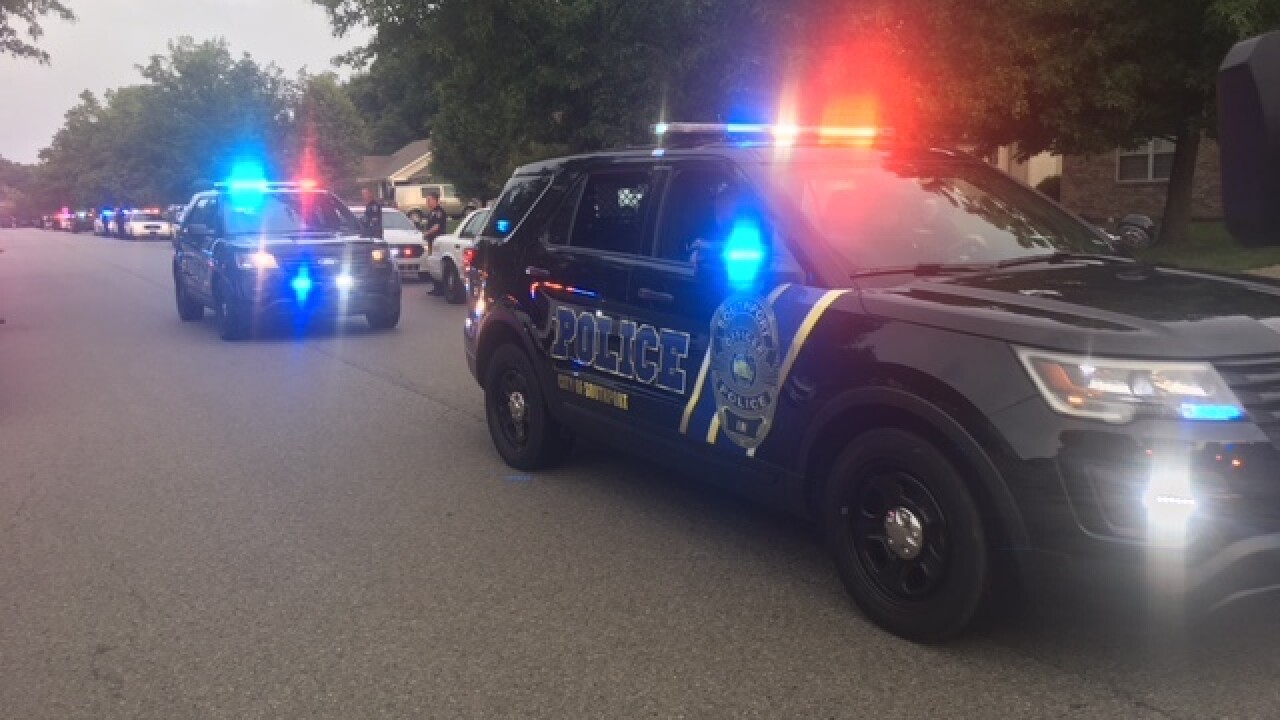 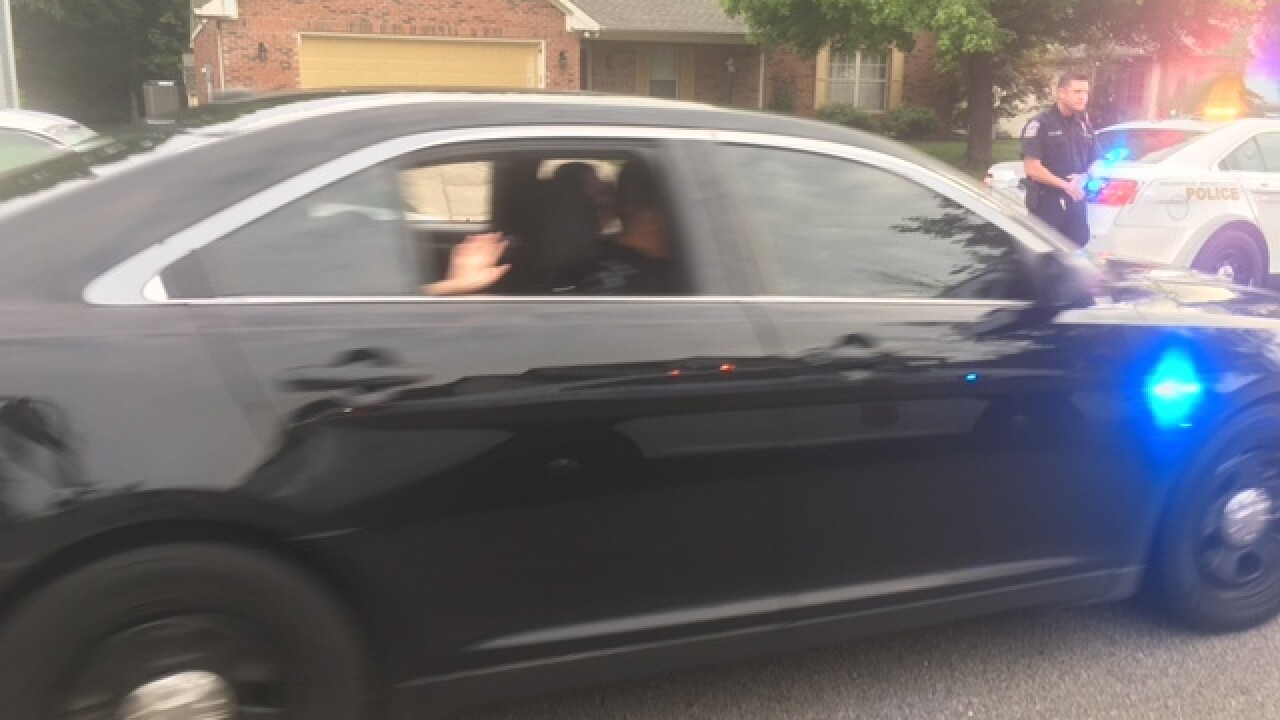 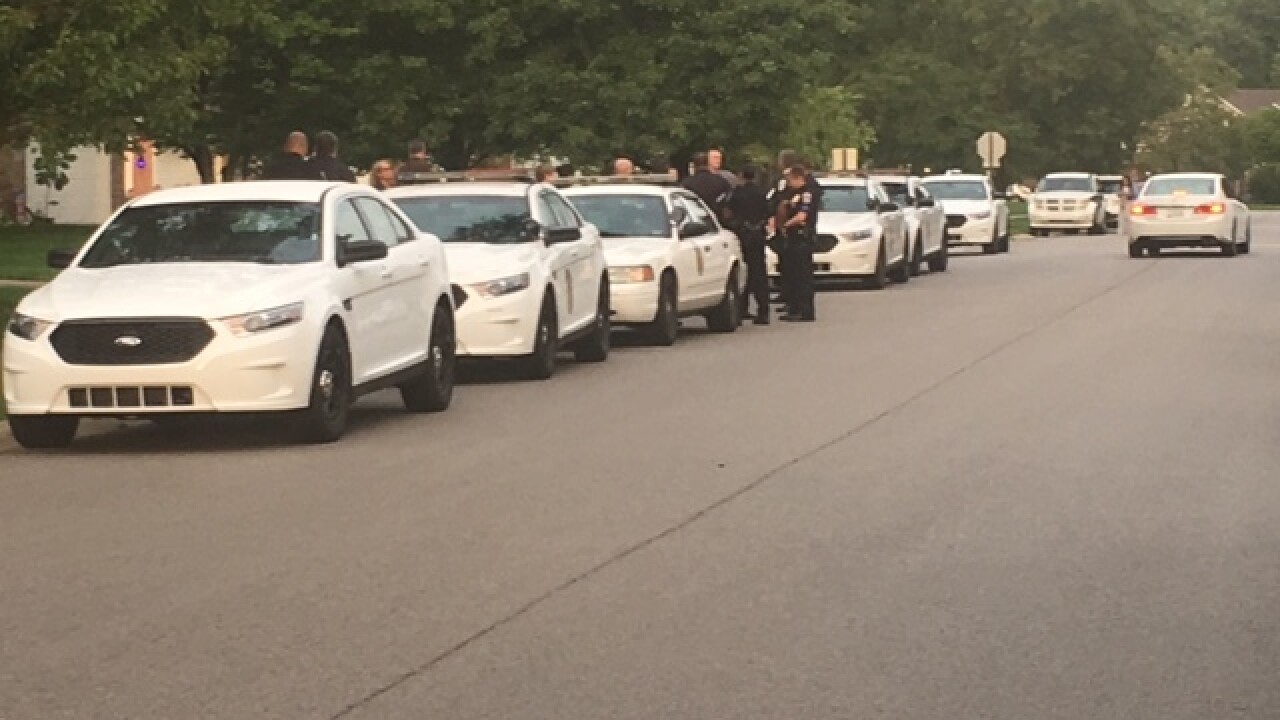 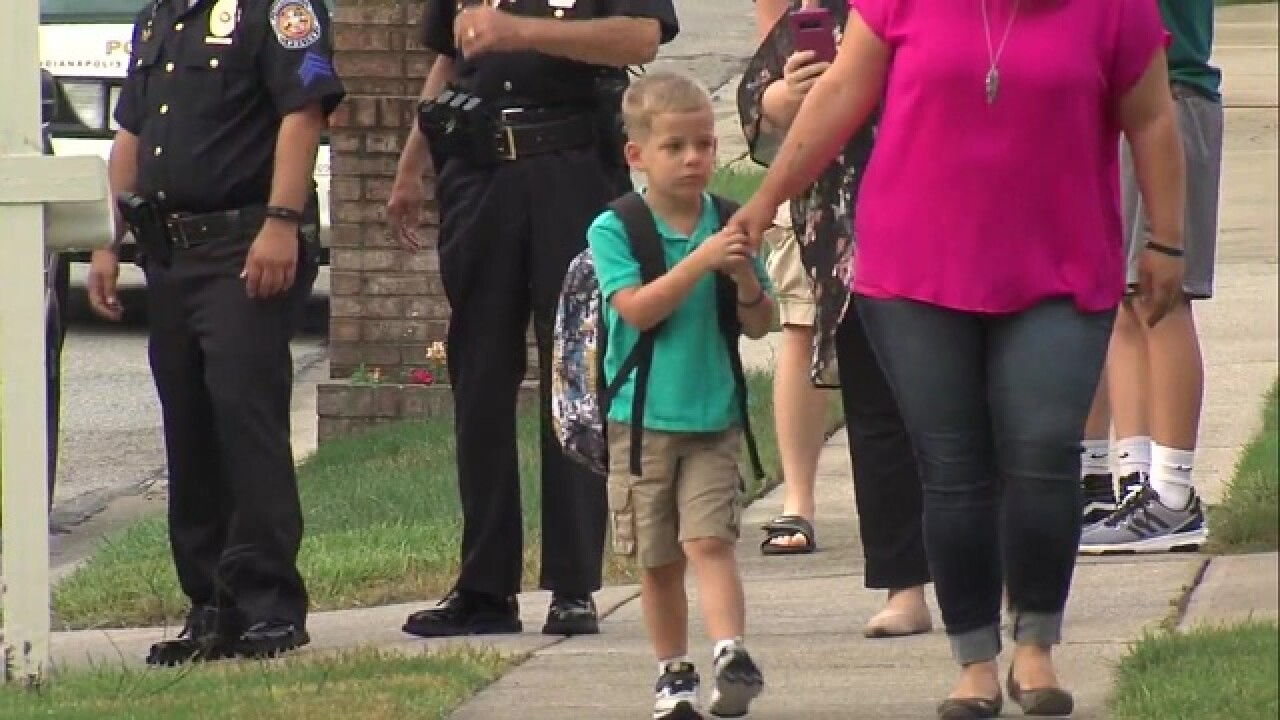 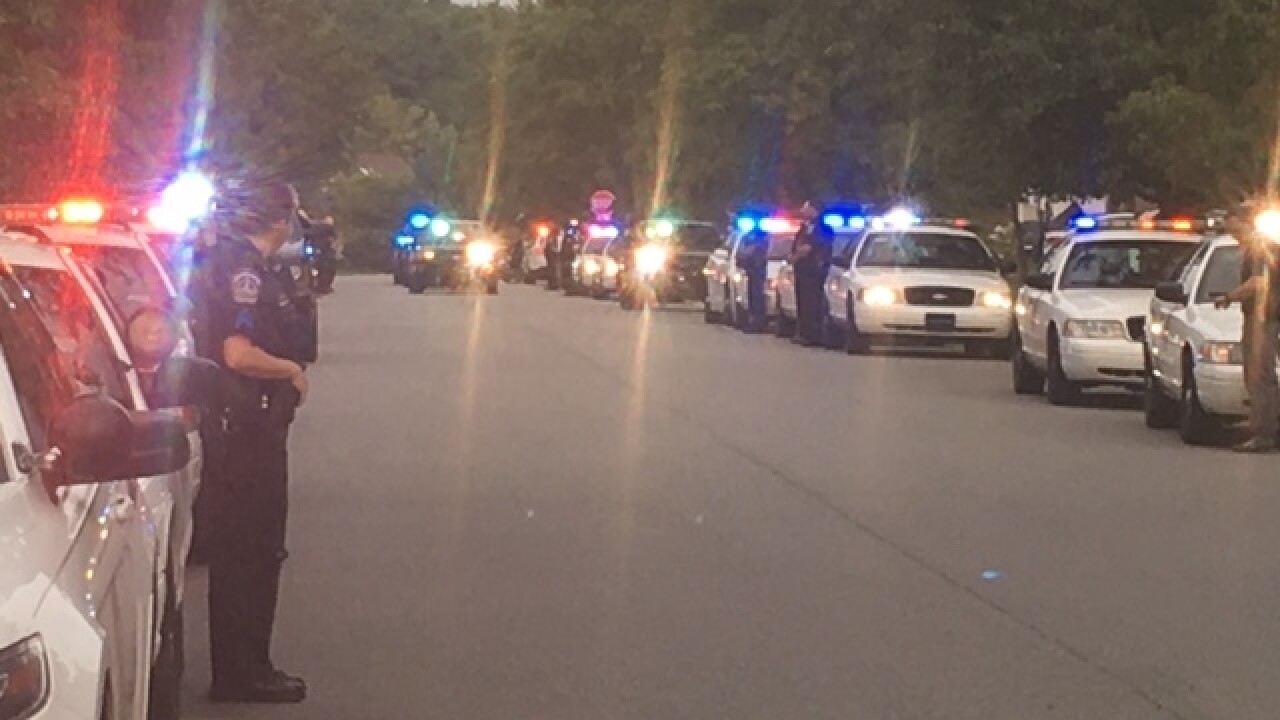 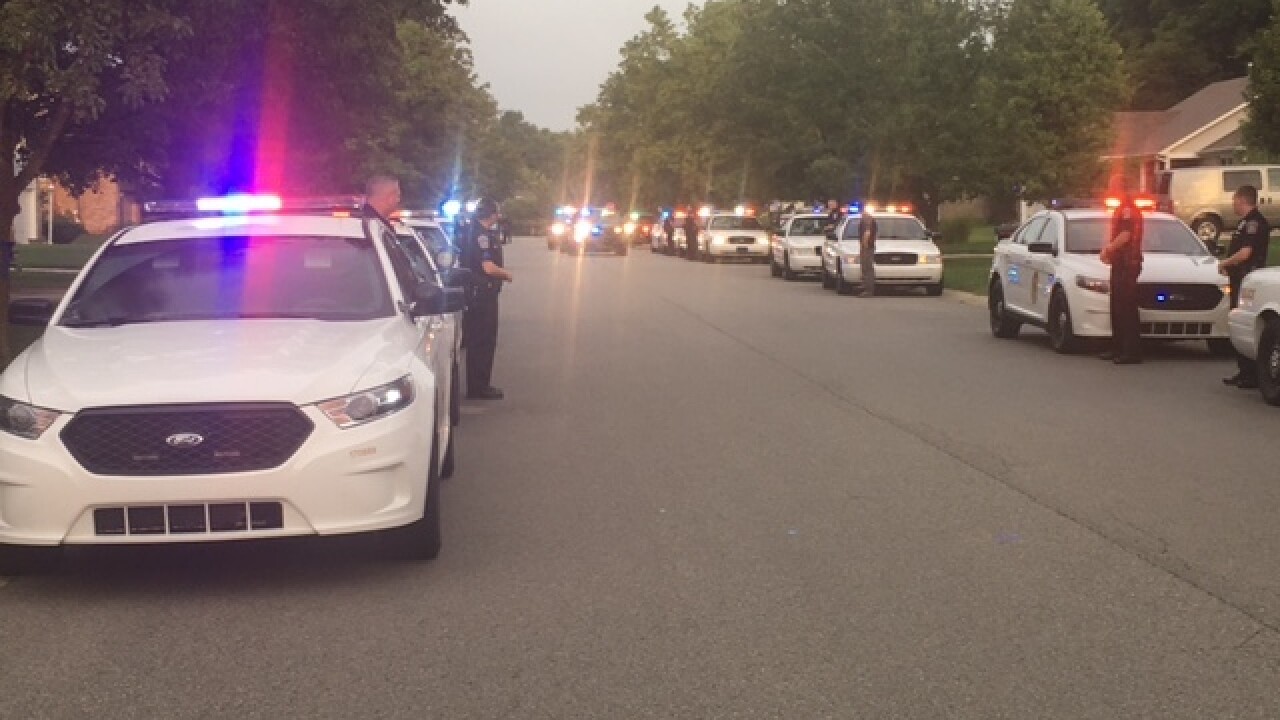 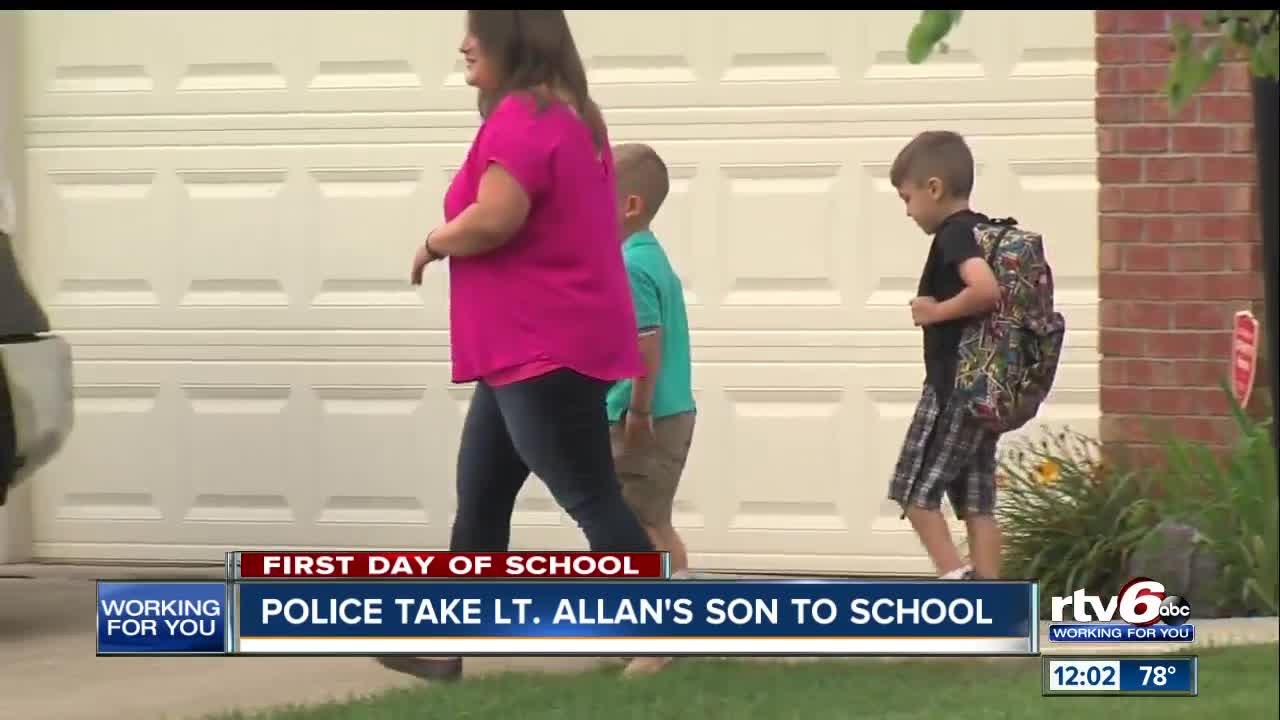 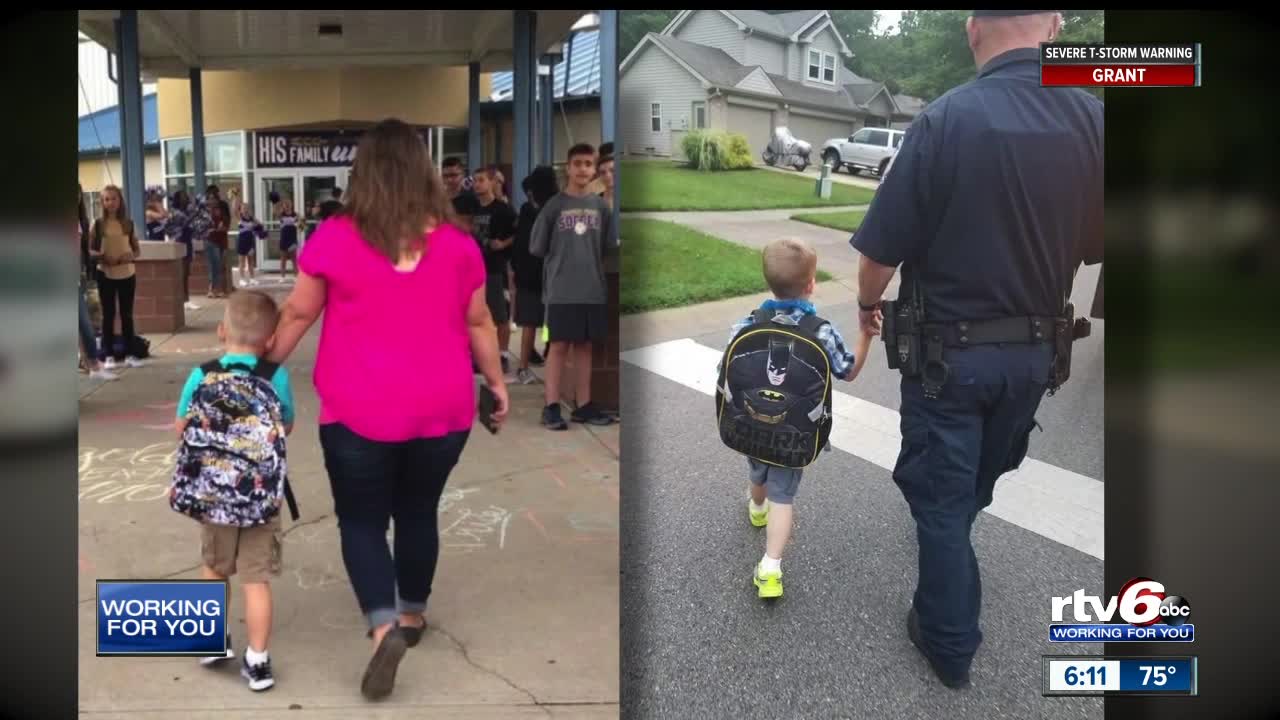 SOUTHPORT, Ind. -- Usually, when dozens of police cars line the street, it's not a good thing.

But it was a good thing Wednesday morning when the son of fallen Southport Lt. Aaron Allan was escorted to school on his first day back.

A little more than one year ago, Lt. Allan was killed in the line of duty. But hours before he died, he walked his son to the bus on his first day of kindergarten. So on Wednesday, Southport police and other local law enforcement agencies were there to support Aaron Allan Jr.

The Southport chief of police said he wants the family to know they have a strong support system.

"We are a family in law enforcement," Chief Thomas Vaughn said. "We want little Aaron and Stacy to know we always will be here for them. If they need anything, we're a phone call away. It's important for us to be here today so little Aaron knows he still has that family and we're always going to be here to support him."

July 27, 2017 just hours after walking his son to school for his first day, Lt. Allan was killed.

Today, along with other agencies, we had the honor of walking Aaron Jr. to school for his first day this year. Aaron and his family will always be a part of ours. #SouthportStrong pic.twitter.com/Xzob0QXODw

PREVIOUS |  Hours before he was killed, Lt. Allan walked his 5-year-old son to his first day of school  |  Remembering Southport police Lt. Aaron Allan: A father, a husband & first to rush to those in need  |  Memorial unveiled one year after Southport Lt. Aaron Allan was killed in the line of duty