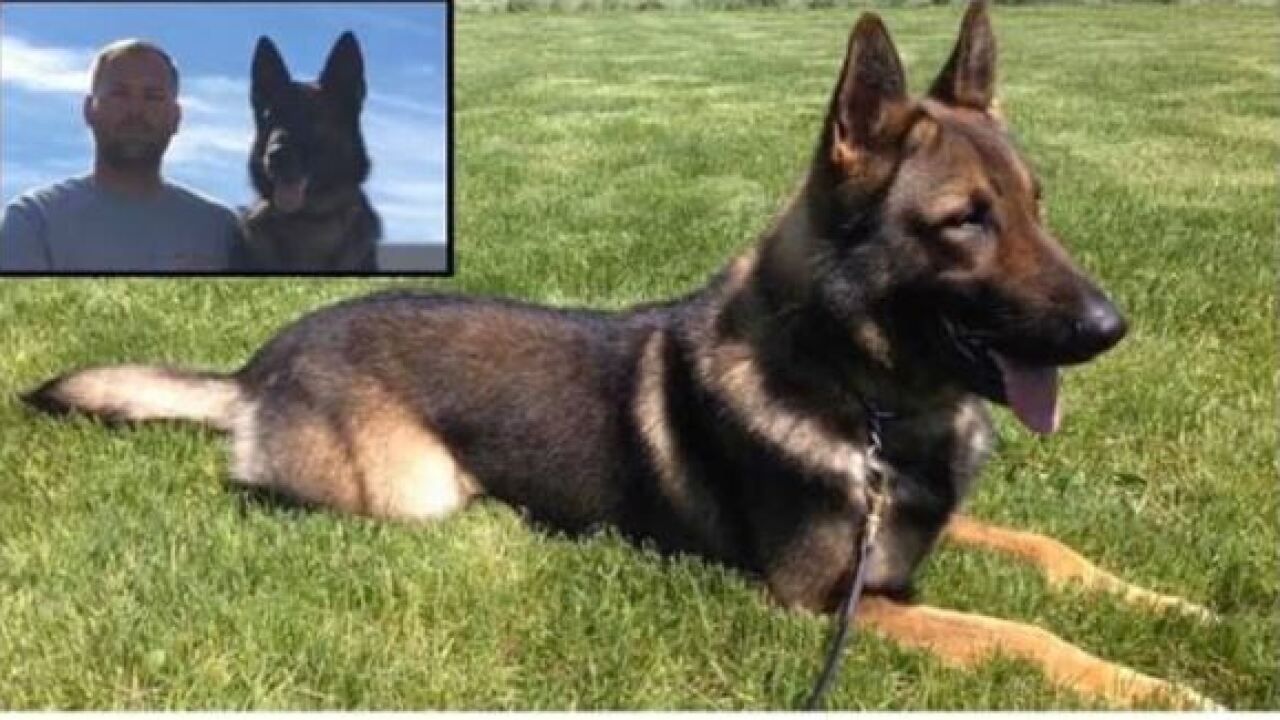 MARTINSVILLE — The members of the Martinsville Police Department are mourning one of their own.

"Dasko served the City of Martinsville with great dedication and honor," Spivey wrote. "He was a loyal partner and friend to his human counterpart, Lt. Blake Long."

Spivey asked for the community to pray for Dasko and Lt. Long adding that Dasko will be greatly missed.