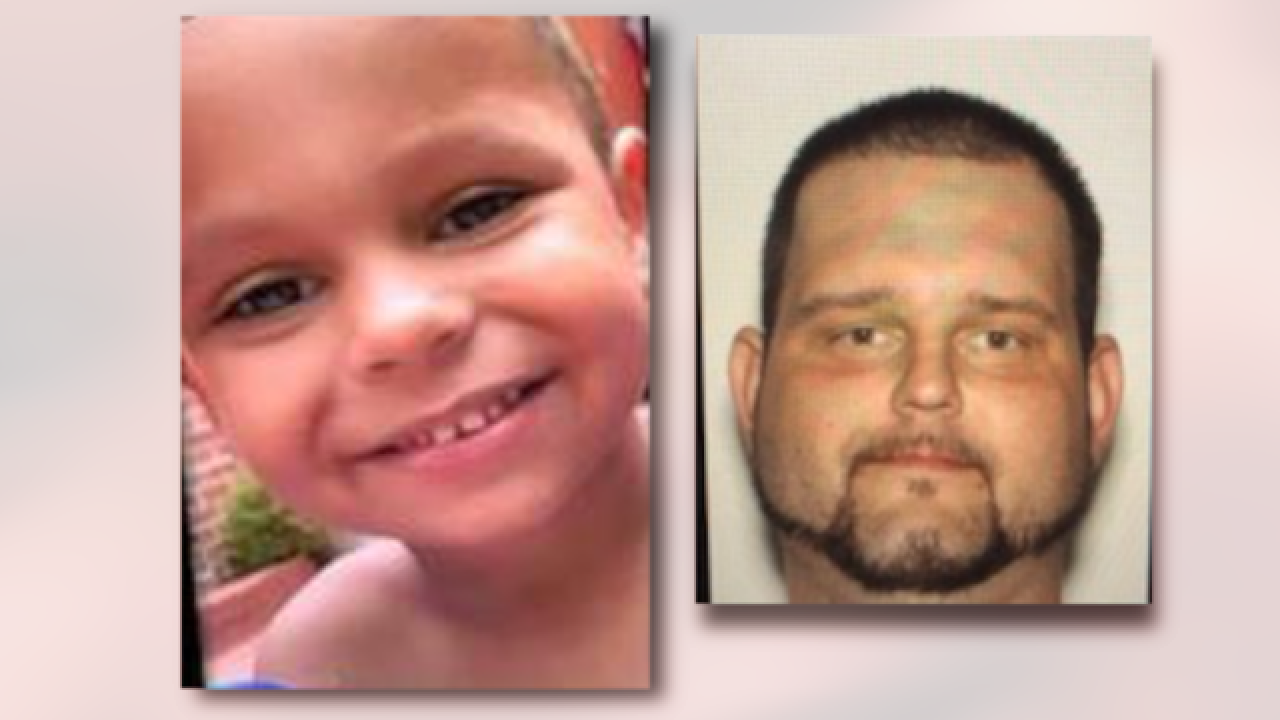 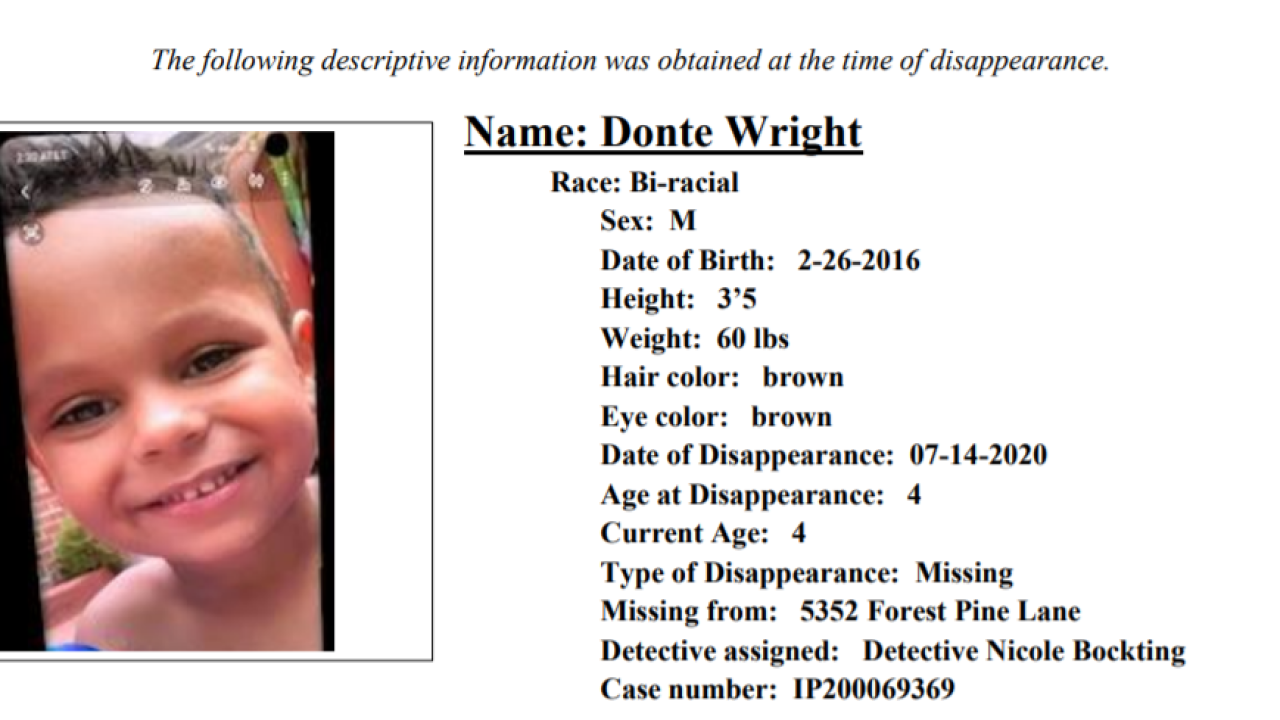 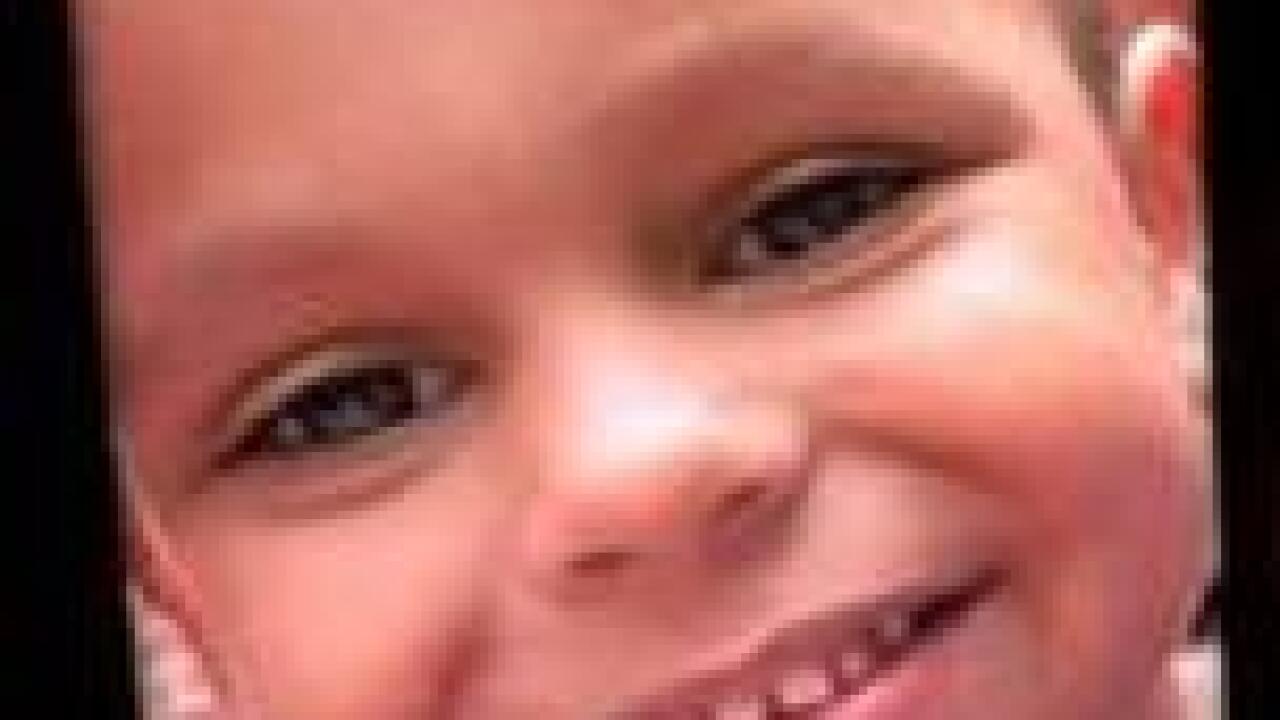 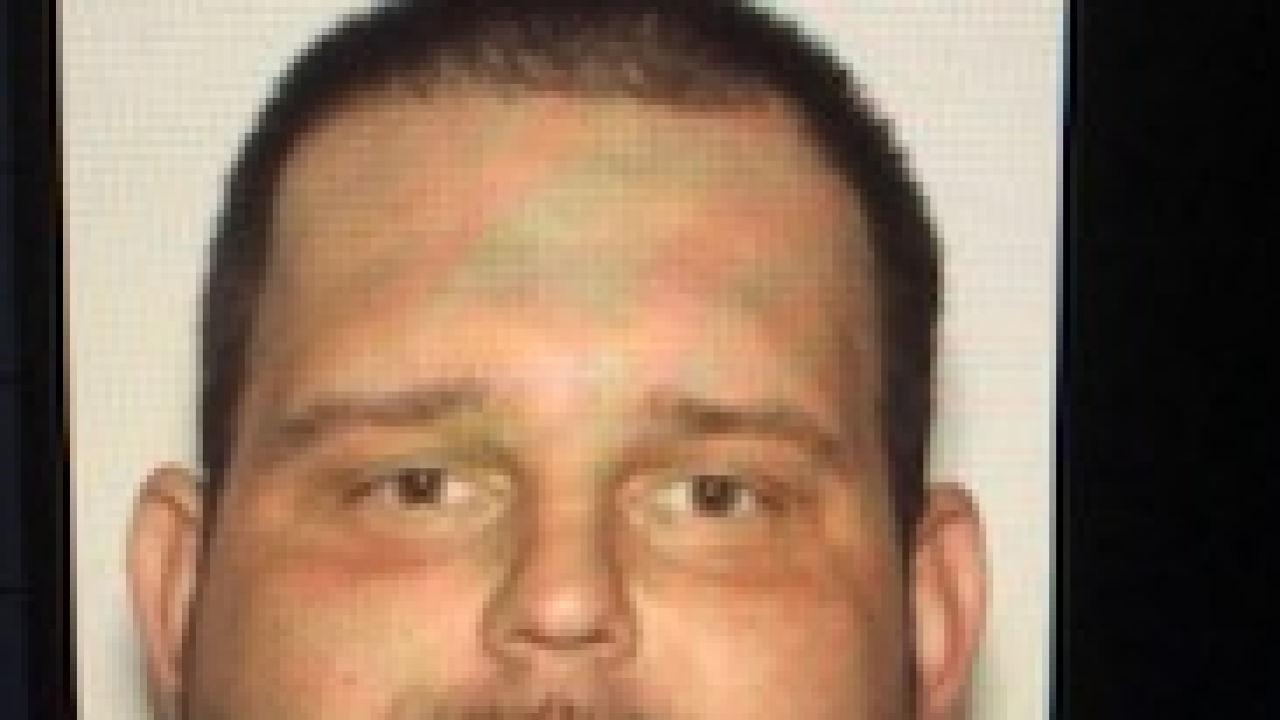 UPDATE: According to IMPD, 4-year-old Donte Wright was located on the southside of Indianapolis and has been safely reunited with his mother.

INDIANAPOLIS — The Indianapolis Metropolitan Police Department is asking for the public's help in the search for a missing 4-year-old boy.

IMPD says 4-year-old Donte Wright was last seen Tuesday at 9 p.m. when his father Edrick Young, gave him to a white man named Chad Robinette to watch. Donte's mother, Amber Wright, and father have been unable to make contact with Robinette since.

The child, a Bi-racial male, was last seen on the city's west side near Forest Pine Lane.

If you have information on Robinette or Donte's whereabouts, please contact the IMPD non-emergency number at 317-327-3811 or 911.

Citizens can also download the mobile P3tips app for Apple or Android phones to submit a mobile tip, or go to www.CrimeTips.org to submit a web tip.