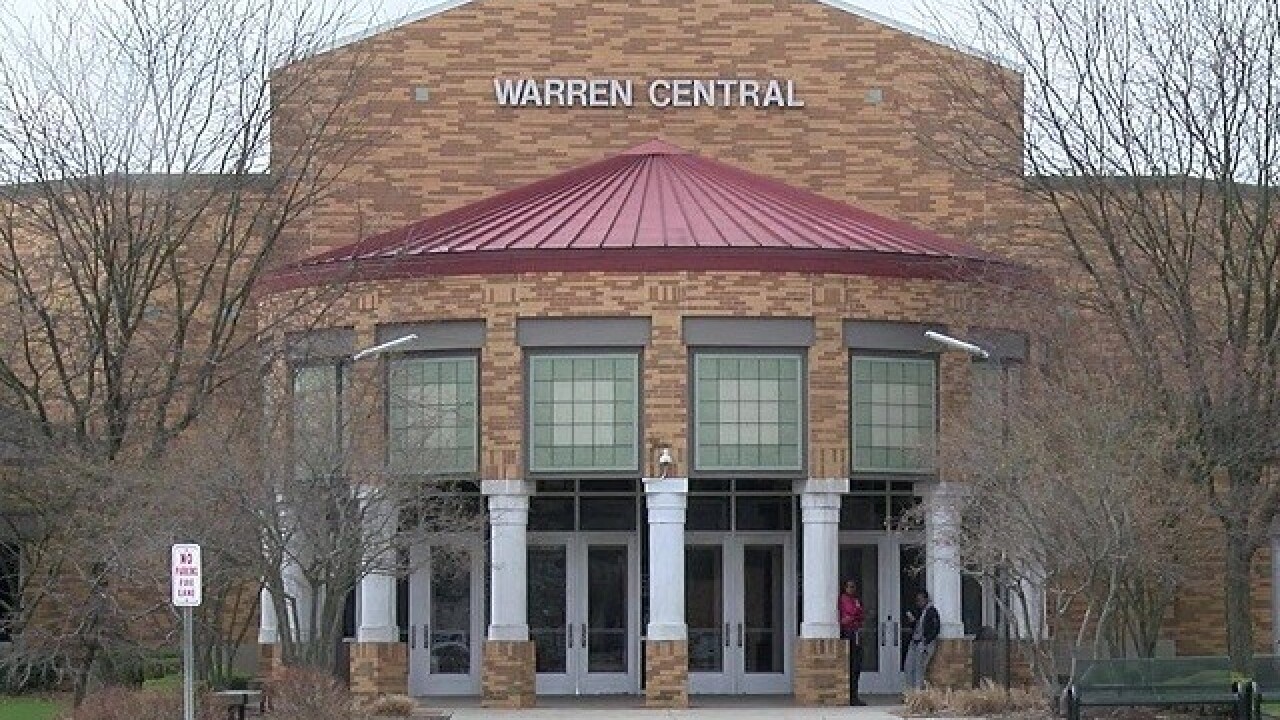 INDIANAPOLIS — The mother of a 15-year-old girl has filed a civil lawsuit against the Metropolitan School District of Warren Township alleging the district was negligent and failed to keep her daughter safe from a former teacher and coach at Warren Central High School.

In the lawsuit, filed Sept. 6 in Marion Superior Court, the girl's mother alleges the school corporation was negligent in the hiring, supervision and retention of Brittney K. Mang, a former Spanish teacher and softball coach at Warren Central.

In May, Mang was arrested and charged in Hamilton Circuit Court with two counts of sexual misconduct with a minor and one count of child solicitation. The charges stem from an alleged sexual relationship between Mang and the 15-year-old student.

The mother's lawsuit alleges Mang met her daughter in December 2018 or January 2019, while Mang supervised students at a Warren Central basketball game. Shortly after, the lawsuit says Mang moved the student into her Spanish class for the spring semester.

By late February, Mang and the student began speaking regularly about the student's personal and home life during and outside Spanish class, and Mang became aware the student was participating in counseling sessions. The lawsuit says Mang gave the student her cell phone number in March, after the student made the freshman softball team, she claimed as a way of getting in touch for team information.

The two began speaking on the phone on a regular basis, and in late March, Mang began inviting the student on after-school outings. The lawsuit says the student's mother approved of it thinking Mang would be a positive influence on her daughter.

Mang is accused of sending "sexually charged and predatorial text messages" to the student during and after school, including during times when softball practice would be occurring. The lawsuit alleges Mang began a sexual relationship with the student during the week of April 14-19.

During that week, Mang attended the student's freshman softball games and provided transportation for her before and after contests, the lawsuit says. The two attended church together on April 21, after which the lawsuit claims Mang sent the student sexually charged text messages.

Mang also promoted the student to the junior varsity softball team, which the lawsuit says led to her teammates complaining about the mid-season promotion.

The student's mother discovered text messages between her daughter and Mang on April 22, according to the lawsuit, and a student took video of Mang having the student sit on her lap during class and alerted MSD Warren Township authorities.

The lawsuit claims that, due to MSD Warren Township's neglience, the student and her mother have suffered extreme humiliation and psychological harm and will require treatment from medical doctors and mental health professionals.

Dennis Jarrett, director of media and community relations for the Metropolitan School District of Warren Township, issued the following statement:

We are aware of the complaint that has been filed with the court. Due to student privacy protections, we cannot provide specifics. We can share that we have fully cooperated with law enforcement and that the adult at issue is no longer our employee. We take seriously the responsibility and trust that our education community bestows on us to educate and protect their children while in our care. When any individual violates that trust, it should be, and is, an affront to us all. As a district, we will continue to hold all of our employees to the highest standard of care and provide a safe and quality educational experience for all of our students.