Bloomington among best cities in the country for college basketball fans 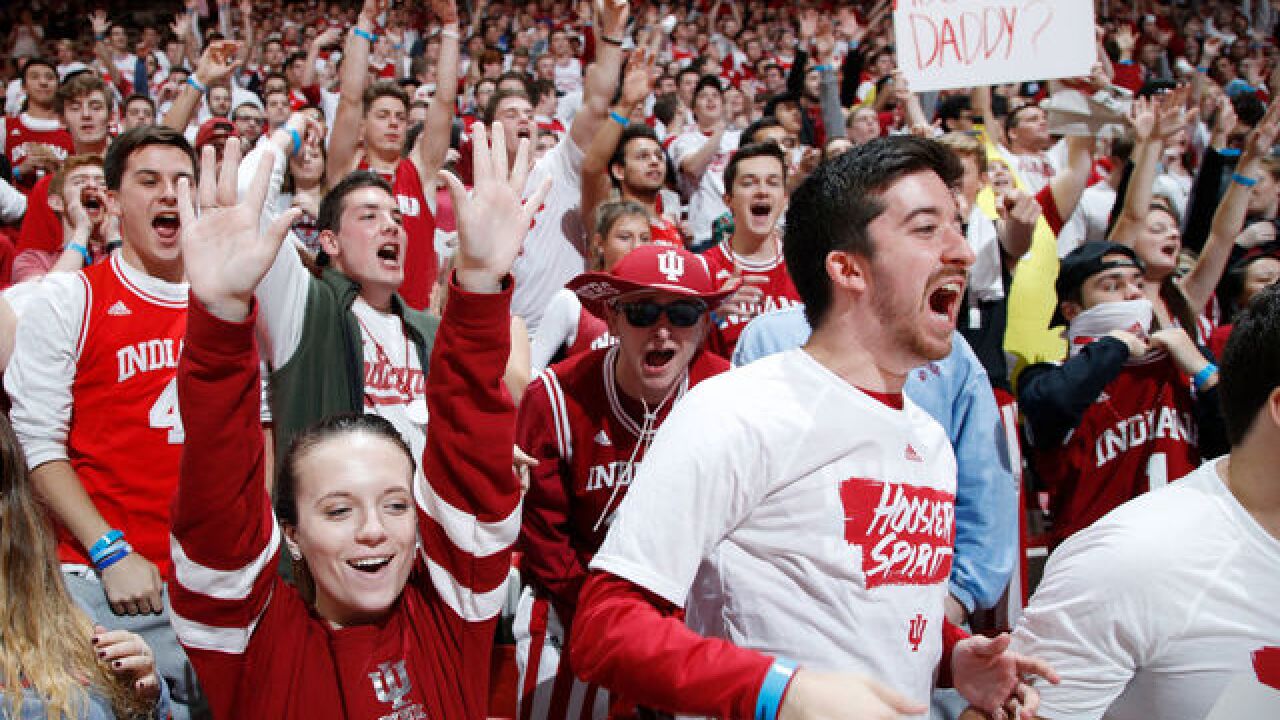 Image copyright 2018 Getty Images. All rights reserved. This material may not be published, broadcast, rewritten, or redistributed.
Joe Robbins
<p>BLOOMINGTON, IN - NOVEMBER 29: Indiana Hoosiers fans get ready before a game against the Duke Blue Devils at Assembly Hall on November 29, 2017 in Bloomington, Indiana. (Photo by Joe Robbins/Getty Images)</p>

BLOOMINGTON, Ind. -- It's not a secret to us, but the rest of the nation now knows: Bloomington is one of the best cities for college basketball fans.

The home of the IU Hoosiers at Assembly Hall, Bloomington has a storied tradition of basketball fanfare and passion for the game.

Bloomington was named the Number 8 best city for college basketball fans, beat out only by some pretty elite company. See the top 10 below:

South Bend gets a nod for its Notre Dame presence, ending up as the 18th best city for college basketball fans on the list.

West Lafayette also ranked 30th, for its Boilermaker base.

Indianapolis found itself in the middle of the pack, ranked 121st for college basketball fans, but Butler faithful may have something to say about that in the ever-loud Hinkle Fieldhouse.

Read more about the rankings here.