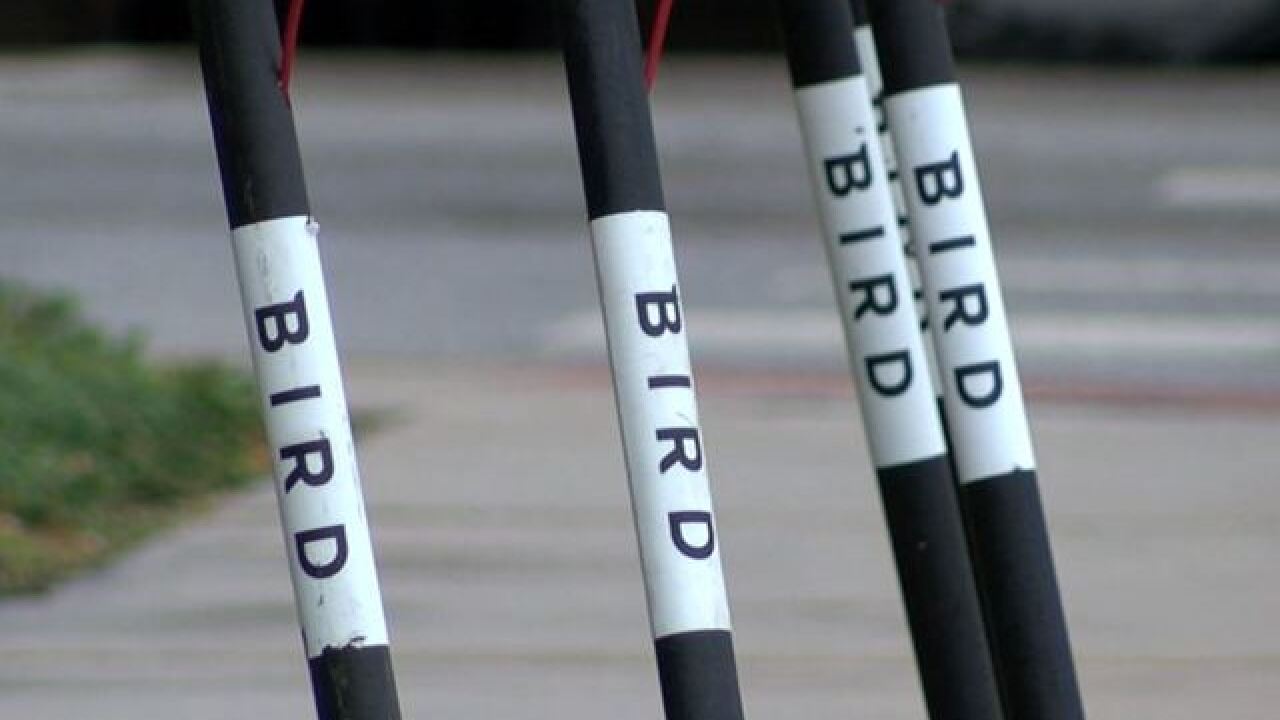 BLOOMINGTON, Ind. — The city of Bloomington has issued new guidelines on the use of electric scooters.

Bird scooters launched in Bloomington in September. At the time, officials said they did not plan to issue fines or violations to riders as other cities have done. Instead, they planned to closely monitor electric scooter use in the city and revisit the idea of creating rules if the scooters became an issue.

Other cities have ordinances in place restricting where electric scooters can be ridden. Indianapolis ordinances, for example, ban "motorized vehicles"  — including electric scooters — from being ridden on the sidewalks and trails. The city has also adopted a number of other regulations since the scooters made their debut.

MORE |  Electric scooters back in Indy  |  Who's enforcing Indy's scooter laws? | CALL 6: IMPD given green light to enforce scooter ordinances, according to an internal memo  | CALL 6: Indy to aggressively crack down on scooters parked incorrectly

On Friday, the city of Bloomington tweeted that city officials are considering adopting an ordinance to regulate the use of electric scooters.

While city officials are currently considering adopting an ordinance to regulate the use of e-scooters in Bloomington, we’ve developed guidelines from our municipal code. https://t.co/GHpdG26lBx pic.twitter.com/dn8hAtduJl

They also issued the following guidelines:

The guidelines, which can be found on the city's website , also state riders who do not observe the guidelines may be subject to penalties.