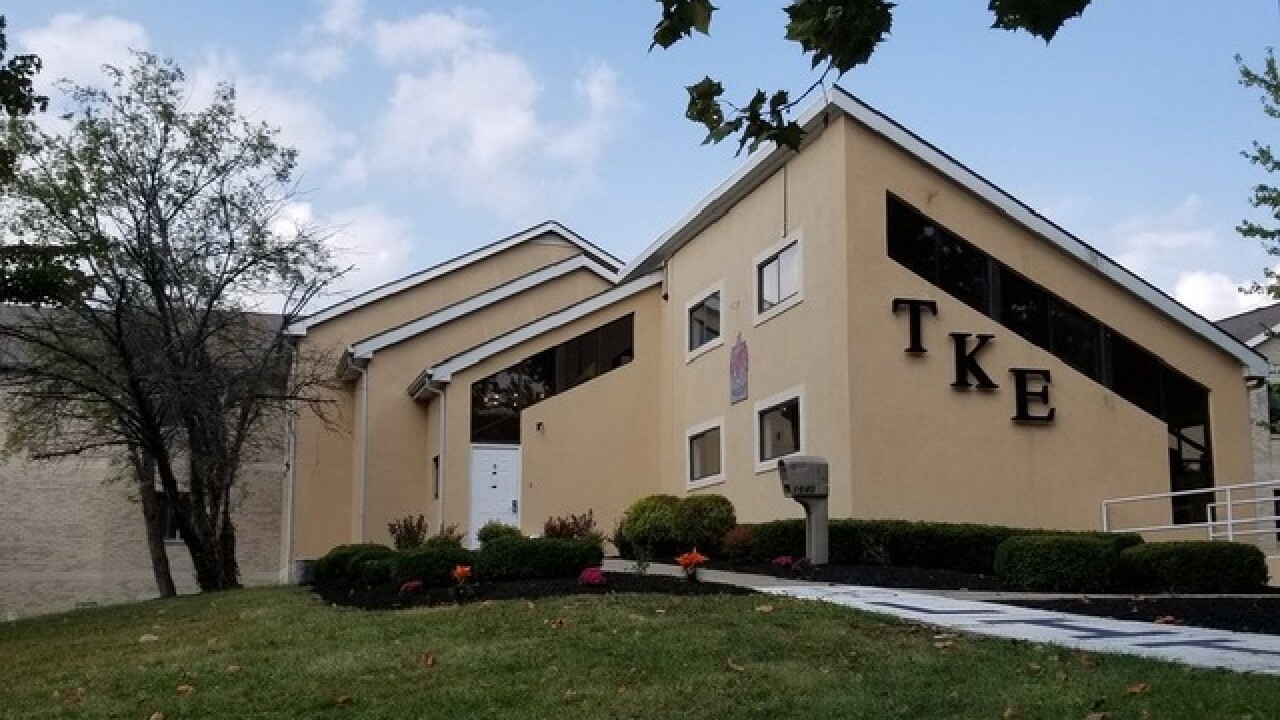 Copyright 2018 Scripps Media, Inc. All rights reserved. This material may not be published, broadcast, rewritten, or redistributed.
TKE Twitter

The closure of the TKE chapter was announced Thursday and means all operations of the chapter will cease at IU for three years.

The university and TKE worked together on a joint investigation into violations of the fraternity's bylaws and constitution, although it is unknown exactly what type of violations occurred.

"We will not tolerate members whose actions do not represent the values and principles of Tau Kappa
Epsilon," said TKE Chief Executive Officer Donald E. Aldrich. "The value of fraternity is being questioned daily and we are committed to both developing men at a high level and rooting out those with selfish intentions that are outside our mission. We believe this action is warranted as we uphold our standards and strive each day to build Better Men for a Better World."

TKE members who currently live in the chapter house will be provided information by IU about future housing options.

“Indiana University supports the decision of the Tau Kappa Epsilon international board of directors to suspend the fraternity’s chapter on the Bloomington campus.  The health, safety and wellbeing of our students is a top priority at IU.  As soon as IU became aware of alleged activity at the fraternity house, the university initiated its own investigation.  IU does not tolerate such behavior on campus, or in the course of any university activity, and will continue to work with the appropriate authorities and all members of the university community to stop it.”

And in March 2017, the Tri Delta sorority at IU was shut down for "activities that do not represent the organization."

Alpha Tau Omega was shuttered in October 2015 after a graphic sex video surfaced.

Phi Kappa Psi was suspended in December 2015 for "hazing and drug use."

According to the Division of Student Affairs at IU, the Sigma Gamma Rho fraternity has also been suspended and 10 more fraternities and sororities were on disciplinary probation in 2017. Here is the complete list: