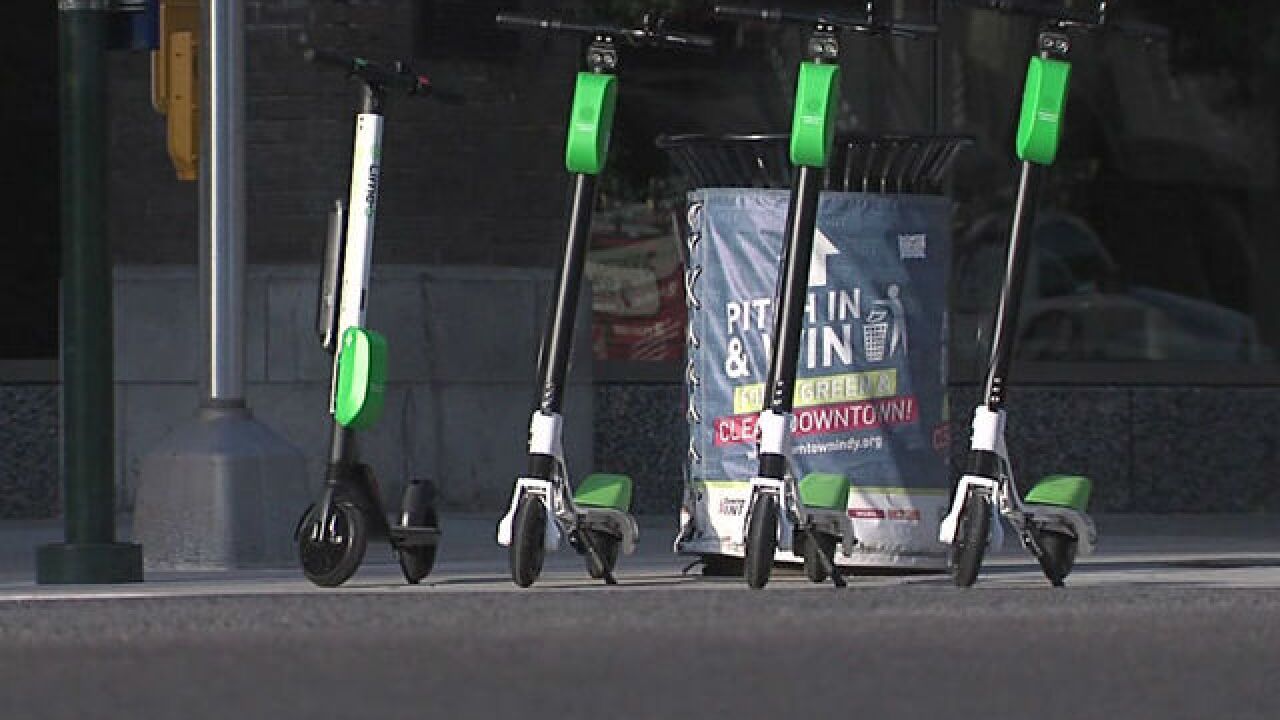 Copyright 2018 Scripps Media, Inc. All rights reserved. This material may not be published, broadcast, rewritten, or redistributed.
<p>Lime and Bird scooters are back in Indianapolis, but some people ride them on sidewalks and trails, something that's against city ordinance. RTV6 Photo/Frank Young</p>

The Indiana University Police Department responded to the crash. Witnesses told police that the scooter was traveling south on Fee Lane when the driver lost control and crashed near the intersection of Law Lane.

The driver struck his head on the road, causing severe head trauma. Police say he was not wearing a helmet.

Witnesses performed CPR until first responders arrived, according to police. The driver was taken to IU Health Bloomington in serious condition.

Police say the student was riding on a rented scooter but declined to comment on which company the scooter was rented from.

No criminal charges have been filed at this time.