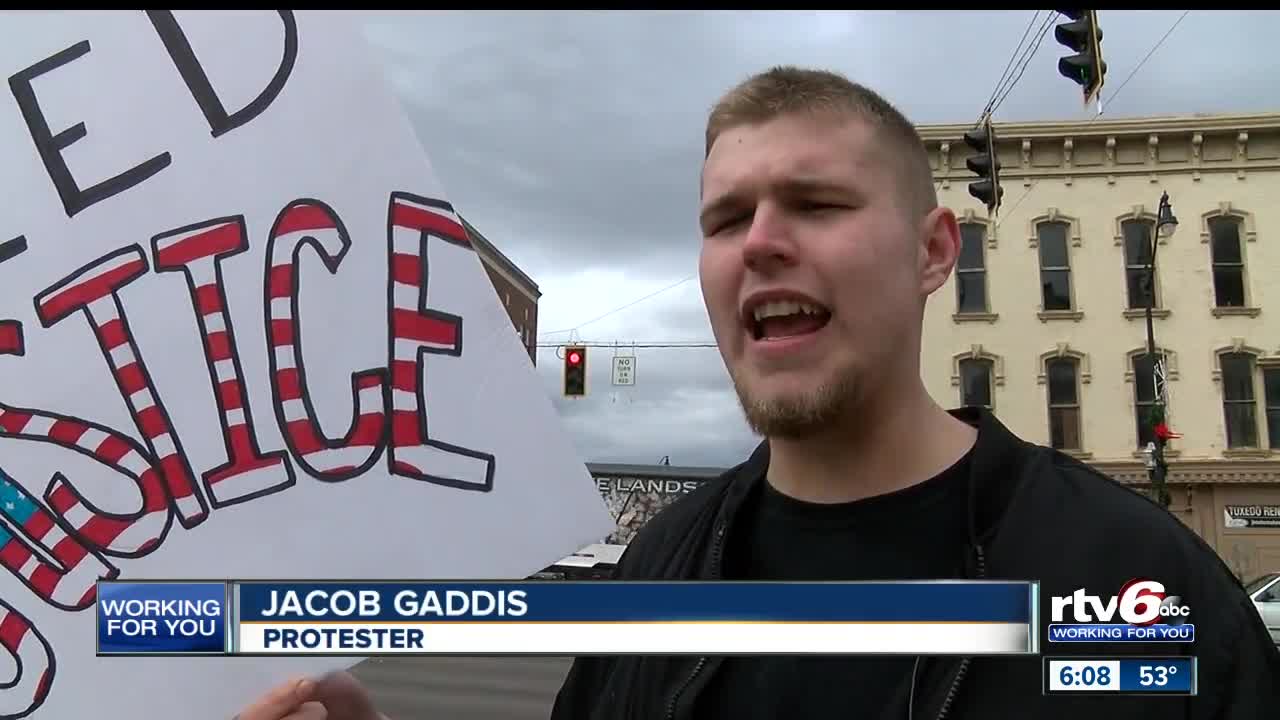 CRAWFORDSVILLE — Protesters showed up outside of the Montgomery County Courthouse on Monday to call for police accountability after a man was shot and killed by a state trooper just over a week ago.

State Trooper Daniel Organ shot and killed 56-year-old Glenn Rightsell on December 28 while the man was working on his daughter's SUV that had broken down along U.S. 231.

According to police, Organ was investigating the situation when Rightsell allegedly reached for a gun in his waistband and approached the officer. Organ then pulled his sidearm and fired.

Protesters and family are questioning that account, and say dash cam video would help clarify.

"Who knows what happened?" protester Jacob Gaddis said. "If there was a dash cam and a body cam we definitely would know what happened."

"It's unfair. His wife Gigi needs justice," Zeller said. "They have so much technology today and none of it was used."

RTV6 has learned only some state troopers' vehicles are equipped with dash cameras. None of the troopers have body cameras.

After video recorded by one witness from across the street surfaced, some question why the trooper retreated to his car instead of treating the injured suspect.

Police told RTV6 it's protocol for officers to secure the area, call for back up and not place themselves in jeopardy before providing medical treatment to a suspect.

RTV6 has also obtained police records showing Rightsell had been charged with disorderly conduct and resisting law enforcement, in the past.

The trooper is now on administrative leave as the investigation continues.

Commanders and detectives are still conducting the internal review proves and have not submitted anything to the prosecutors office.