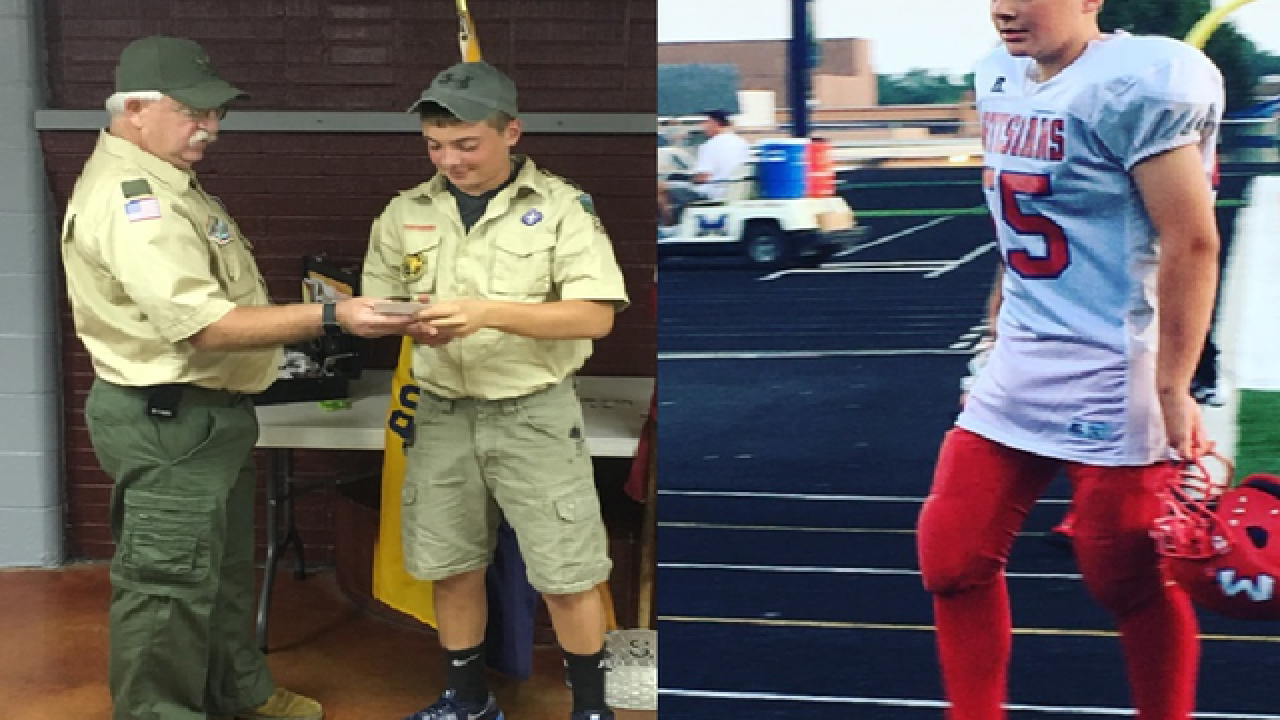 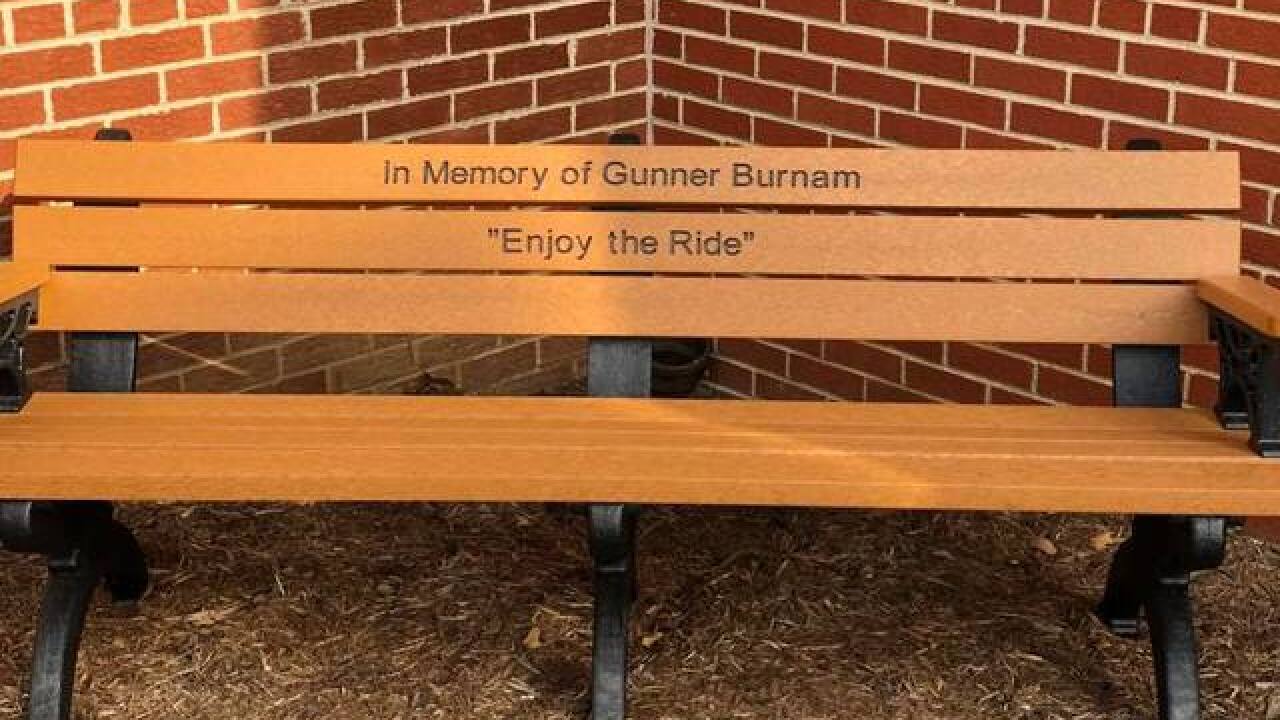 MARTINSVILLE, Ind. -- A Martinsville school is honoring a student who died from a rare form of cancer last year.

Gunner Burnam packed a lot into his short life.

His mother, Jennifer Burnam, called her son "the hardest working kid anyone ever saw."

Gunner died last September at the age of 14, less than one-year after being diagnosed with a rare form of childhood cancer, Diffuse Intrinsic Pontine Glioma.

Now, the Martinsville school he last attended is making sure Gunner's memory lives on.

In time for the fall semester, a bench has been placed outside John Wooden Middle School, inscribed with the words, "In memory of Gunner Burnam, enjoy the ride."

Gunner played football at the school and was very active in the Boy Scouts.

As a member of Troop 229, he hoped to reach scouting's highest rank, Eagle.

Cancer cut that dream short, but Gunner did receive the Spirit of Eagle Award, honorary posthumous recognition for scouts who lose their lives through illness or accident.

Gunner was honored for a service project he planned and carried out, a canned food drive in Martinsville.

“This project was so important to Gunner because he loved to help people,” said Jennifer Burnam,

More than 6,000 cans of food were donated for needy Martinsville residents.