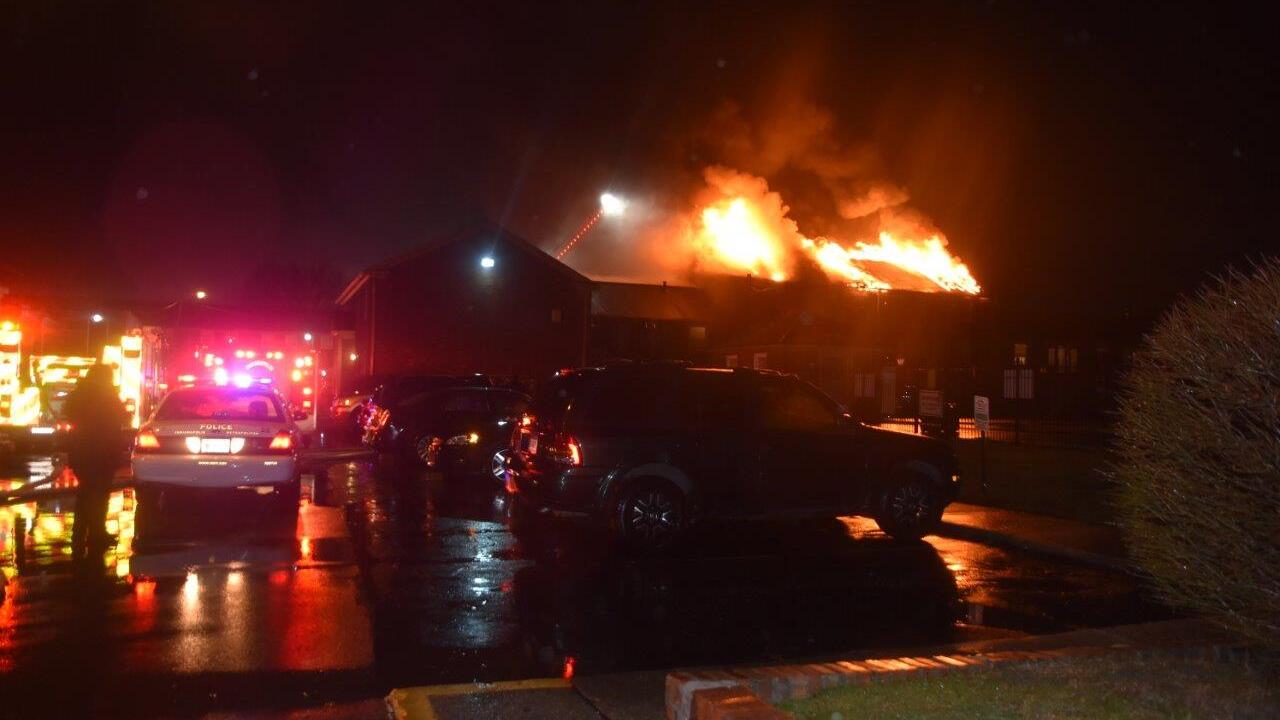 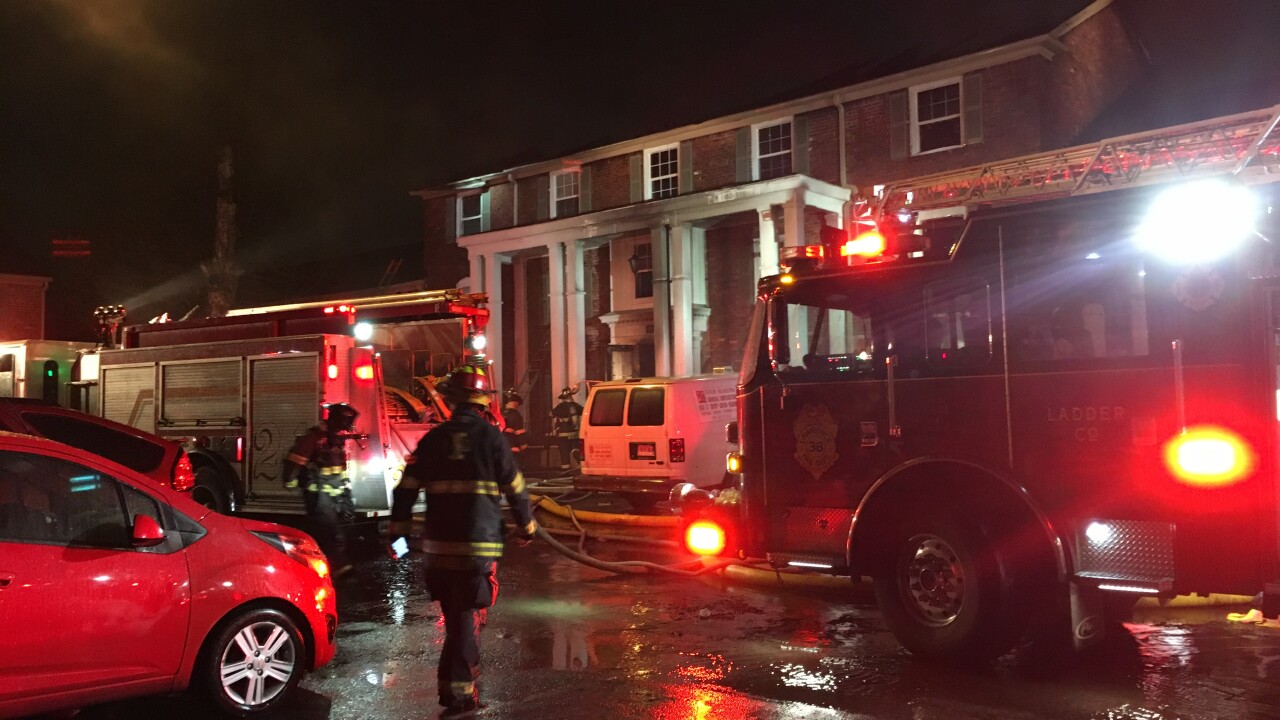 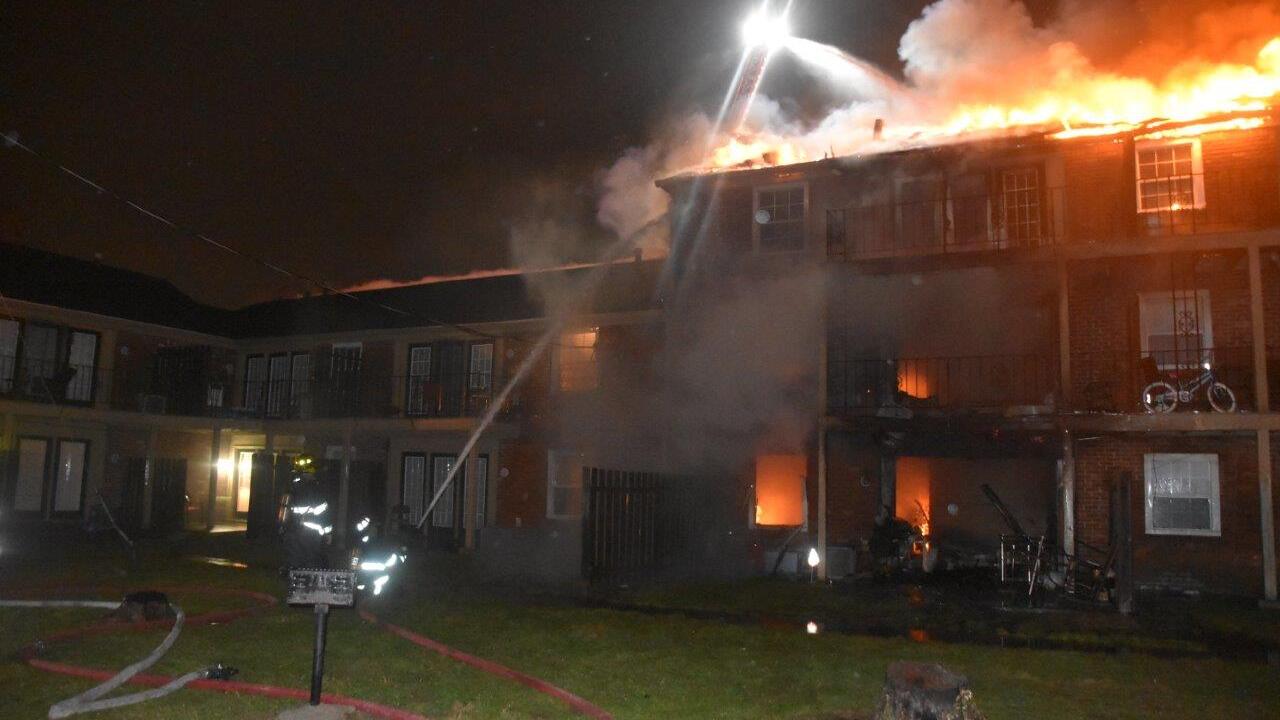 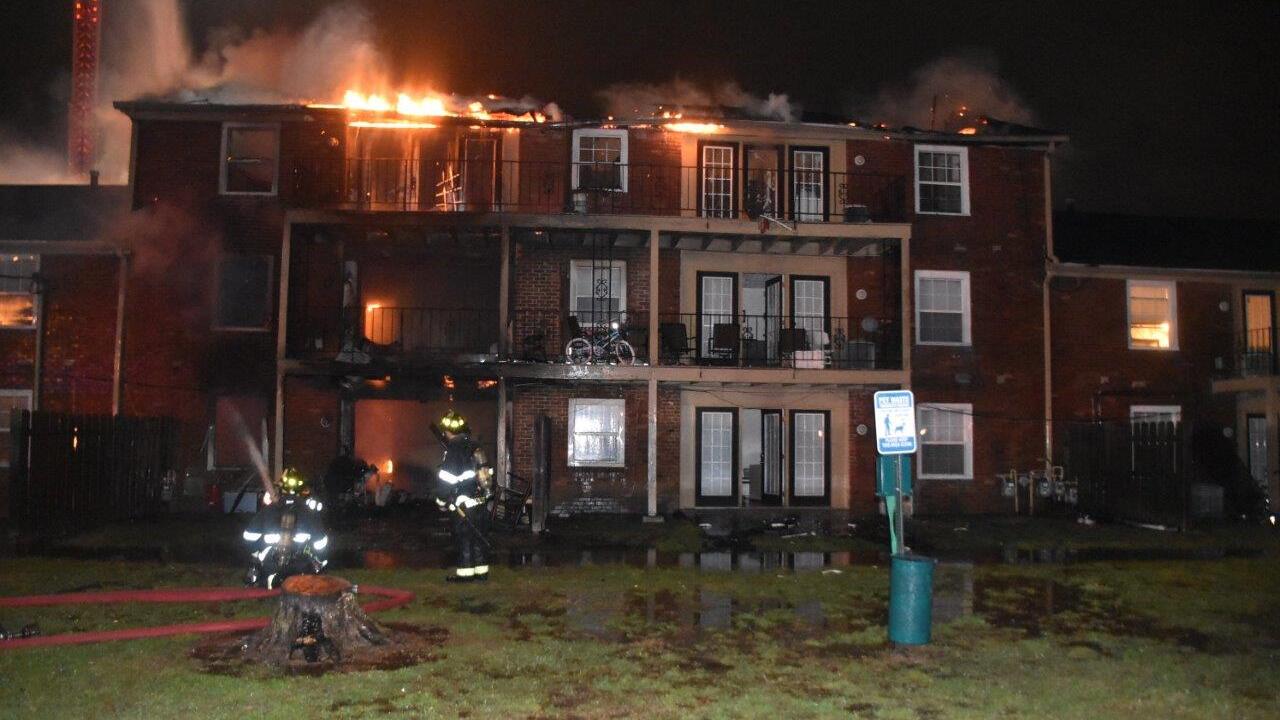 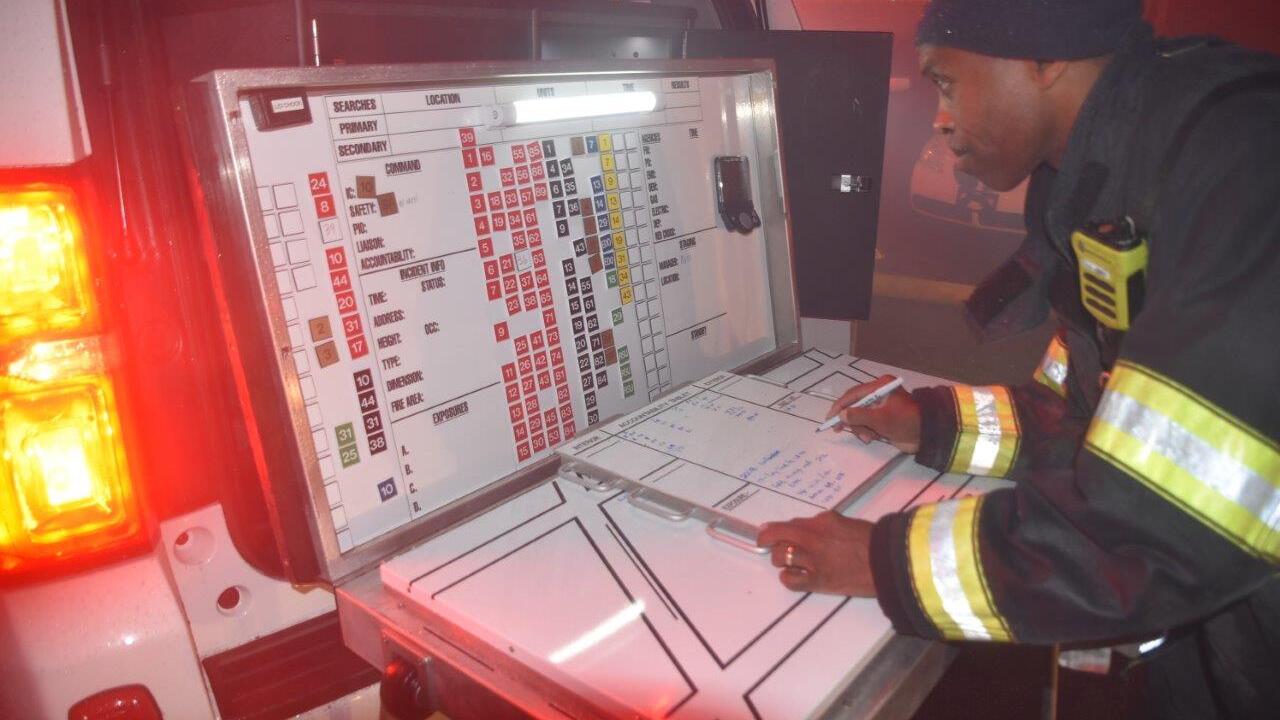 INDIANAPOLIS — A mother and her two young children were uninjured after they escaped through a third-story window during an apartment fire Friday night on the city's northeast side.

Indianapolis Fire Department public information officer Rita Reith said neighbors on the ground outside shouted to the woman in her third-floor apartment at the Pangea Prairie Apartments, near East 46th Street and Arlington Avenue.

Reith said the woman saw the smoke and first tossed her 3-year-old and 7-month-old children from the window to neighbors on the ground. She then jumped and was also caught.

The woman and her children were not injured, but they were taken to the hospital for examination.

Reith said the first calls to the fire department from the apartment complex came in at 9:50 p.m.

The fire affected 12 units and about 50 residents were displaced, Reith said.

"I'm just glad everyone got out safe," Heather Denning, who lives at the apartment complex said.

She says she heard people screaming and opened the door to find smoke and helped the woman and her babies get out of the building.

Reith said damage to the building is estimated at $1 million. The fire is believed to have begun in a kitchen area. The cause has not been determined, but the fire is not thought to have been the result of foul play.

There were no injuries reported.