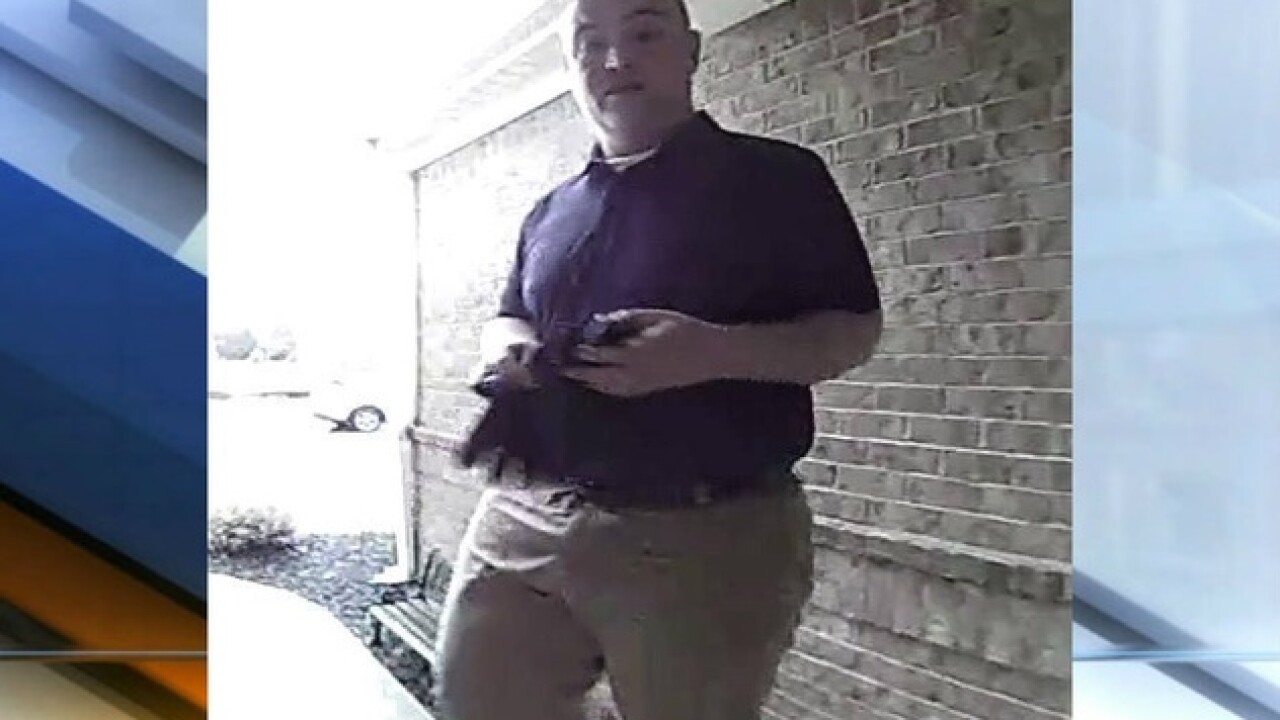 INDIANAPOLIS -- Several people in Franklin Township are concerned for their safety as they have surveillance photos of a man they say is peeping into their homes.

The homeowners believe the man is going door-to-door trying to not only peep into their homes but get inside.

Some say this has been going on for more than a year.

On Friday, a surveillance video showed the man trying to open the door to a home at 3 a.m.

One mother said the man looks similar to a stranger they found in their child’s room.

"She was sleeping and she felt a presence in her room and someone was touching her face," said Jamie Hogan.

Hogan said when she screamed, the man fled.

"I truly believe that he is after young girls. And it wasn't just a random act,” she said.

The photos have been shared on social media several times with the hopes that the man will be caught.

Indianapolis police have been notified and are investigating the case.