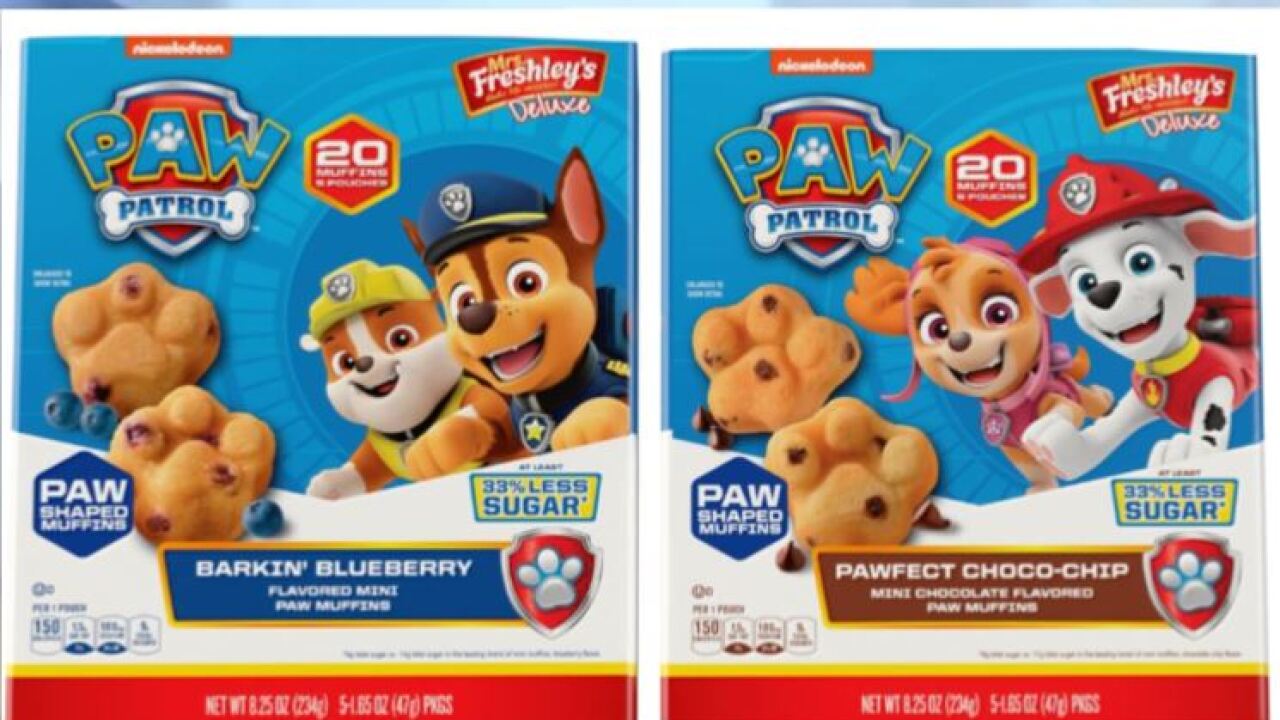 INDIANAPOLIS — Mrs. Freshley's announced Thursday that they were removing their "Paw Patrol Mini Muffins" from all shelves while they investigate an issue with their smell and taste.

"Thank you all for bringing this to our attention and for your patience over the last 24-48 hours. After further exploration, we've decided to remove all Mrs. Freshley's Paw Patrol Mini Muffins off the shelf while we resolve the issue," the company wrote in a post on their Facebook page.

The muffins come in "Barkin Blueberry" and "Pawferct Choco-Chip" flavors.

Mrs. Freshley's is asking anyone who may have purchased the Paw Patrol Mini Muffins products to throw them away and contact their Consumer Relations Center to report the issue at 866-245-8921 or leave a message on their contact page at mrsfreshleys.com. The company is issuing coupons good for any Mrs. Freshley's product to those who contact them.

"Again, we sincerely regret any inconvenience and concern this may have caused and appreciate your understanding. We hope to have Paw Patrol Mini Muffins back on store shelves for your family’s enjoyment soon."

Several people have complained on the company's social media page about the muffins tasting like chemicals and some have even claimed they left a "burning sensation" in their throats.

"I also bought these and yes they very much tasted like chemicals! My 3 year old spit it out and told me mommy its nasty! So i tryed it and Yes 100% chemical taste," Crystal Hunt wrote on the company's social media post.

"I bought a box for my granddaughter a couple weeks ago, I opened one and ate it and it tasted like some kind of chemical or kerosene," Amy Watkins also commented.