Multiple evacuated, one sent to hospital after west side Indy house fire 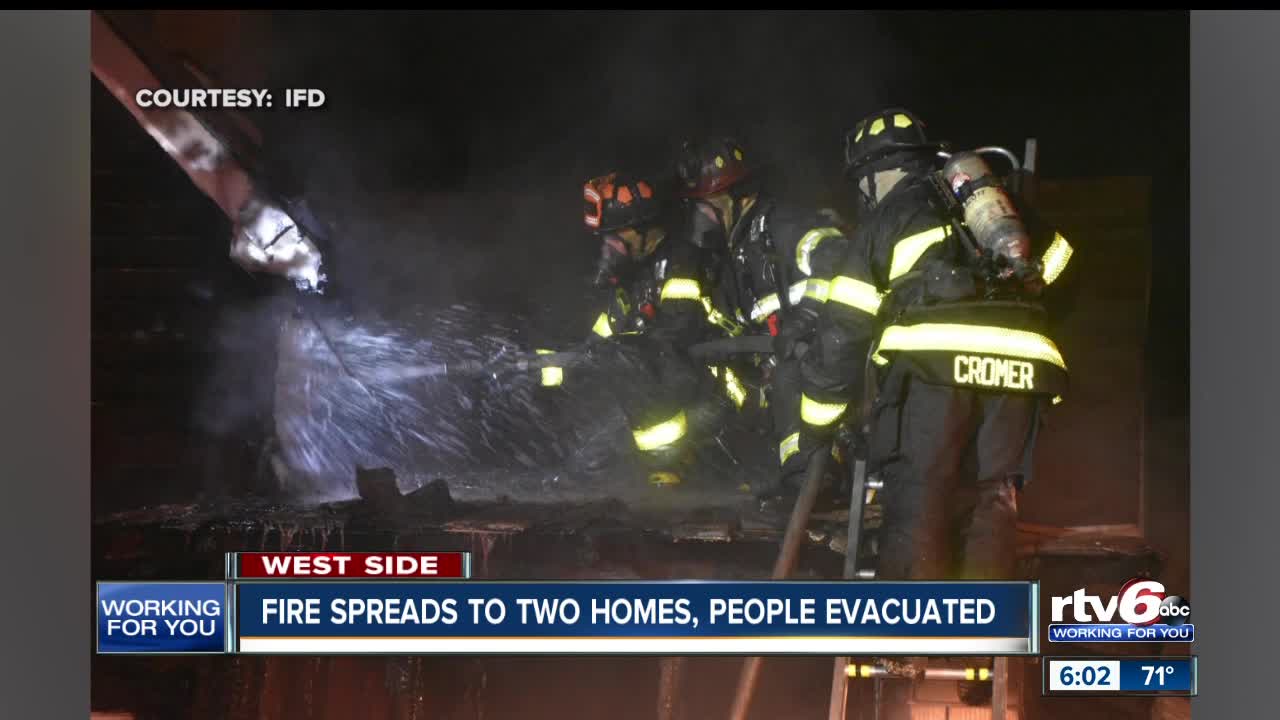 A fire forced multiple people to evacuate their homes on the west side. INDIANAPOLIS — Multiple people were evacuated from their homes on the west side of Indianapolis due to the spread of a porch fire on Sunday morning.

Around 5:13 a.m. Indianapolis Fire Department firefighters were dispatched to 309 South Warman Avenue on calls of a "fight and fire broke out."

The fire then spread to a second home.

A 69-year-old man was transported the VA hospital, and several people were displaced as a result.

Firefighters were able to bring the fire down in 20 minutes.

About $50,000 worth of damage to both homes have been reported.