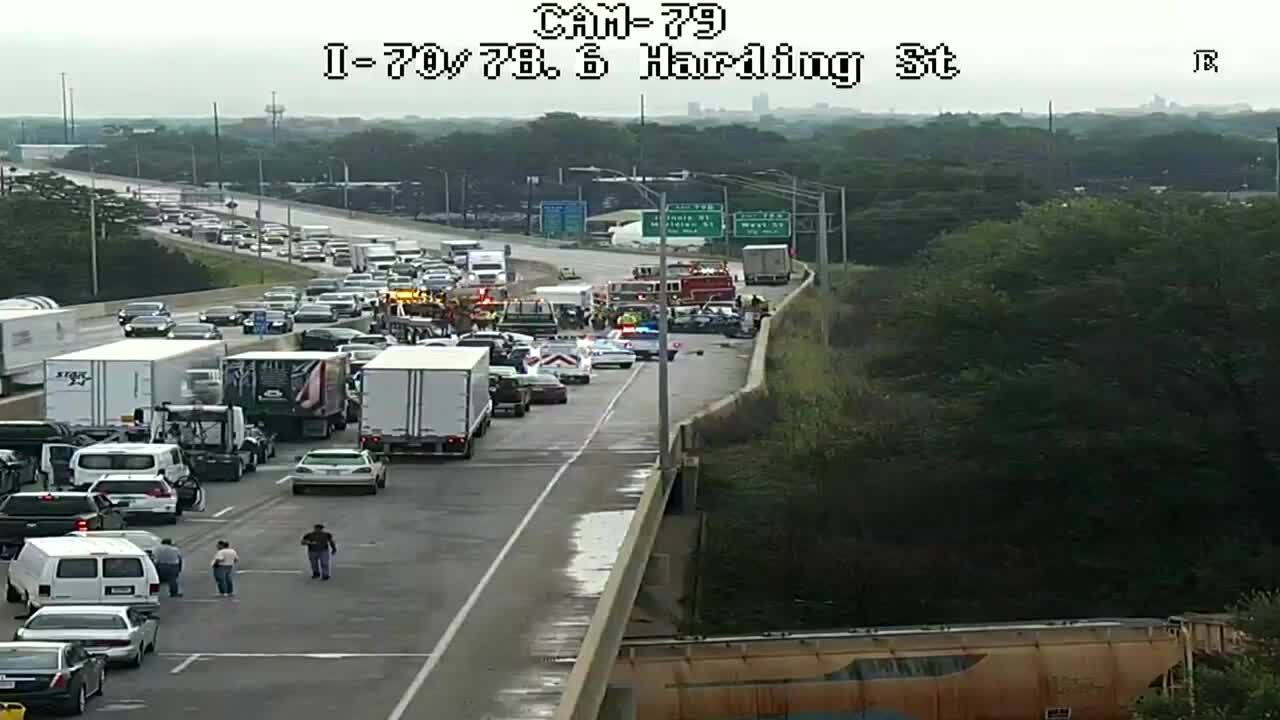 INDIANAPOLIS — Only minor injuries were reported in a multi-vehicle crash that shut down the eastbound lanes of I-70 in Indianapolis for nearly two hours Thursday morning.

Indiana State Police Sgt. John Perrine said the crash in the eastbound lanes of the interstate near Harding Street involved nine vehicles and multiple people were injured, although none of the injuries were believed to be life-threatening.

The interstate was closed near the 79 mile marker just before 8:30 a.m. and remained closed until after 10 a.m.

The cause of the crash and exact number of injuries were not released.