Muncie wrestles with too many abandoned homes 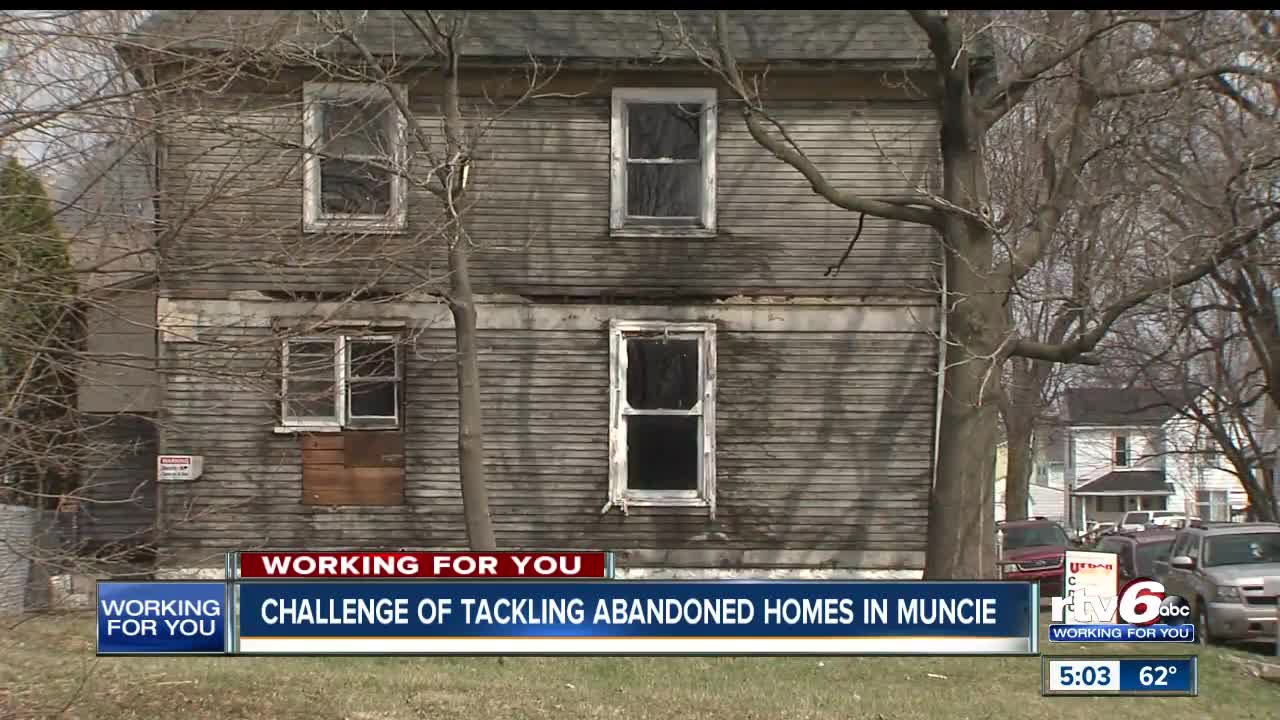 Muncie, Indiana has a serious problem with abandoned homes, and only so much money to do something about them.

MUNCIE—It's a problem in Indianapolis and many of Indiana's smaller cities — too many abandoned houses and not enough money in city budgets to get them torn down quickly.

Muncie has more than 300 abandoned houses, some of them in Debra Simmons' neighborhood.

"The whole porch was covered with trash. The whole porch, you couldn't see the porch. I picked it all up," she said, while describing the mess at one house in her neighborhood.

And the abandoned house bring down property values.

"It's a waste, because a lot of these homes that are abandoned have a lot of potential. And they just left them a mess," said Muncie resident George Stephens.

Muncie's building commissioner says 120 houses were torn down last year and 18 more will come down soon.

But it costs about $5,000 to demolish a house and there are more than 300 in Muncie that are considered unsafe.

It all comes down to money.

"I would say the major thing would be to get some more money coming in so that we can afford to take down more because they're out there. We can take them down if we had the money to do it," said Commissioner Rick Lorrison.

For now, people like Debra Simmons just hope other Muncie residents will do their part to clean up the messes.

"I just think maybe people see a positive attitude, you'll get positive back," she said.