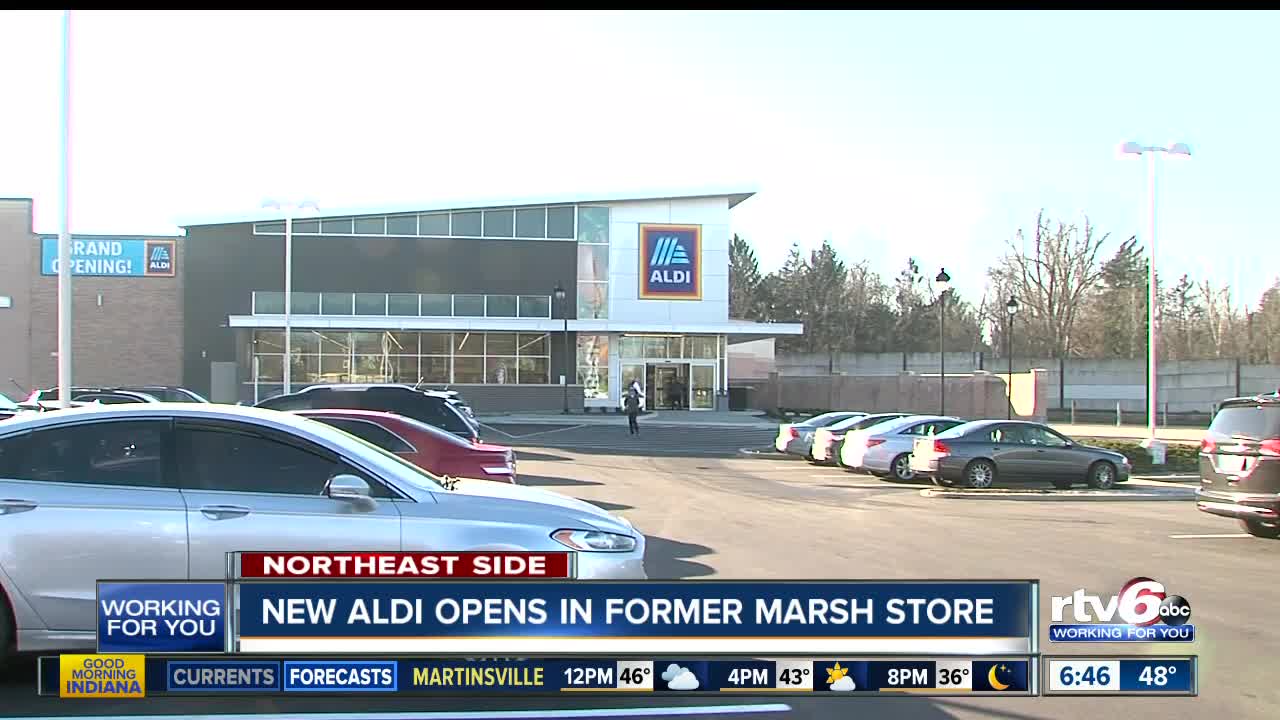 A new grocery store has opened in a former Marsh on the northeast side of Indianapolis.

INDIANAPOLIS — Grocery shopping is now an option again at a former Marsh store.

Aldi held a grand opening Thursday at its new location in the Shopping Plaza on 82nd Street near Allisonville Road, on the city's northeast side.

That building had sat empty since 2017 after a Marsh filed for bankruptcy.

Like many people in the community, one shopper told RTV6 that she's happy that's no longer the case.

"I'm really excited about it," Catherine Berube, grocery shopper, said. "I think with all the Marsh's going out of business, it's unfortunate, and there have been vacant buildings for a while. So it's nice to see — especially this one — come in."

Last year, Aldi opened in the former Marsh at 86th Street and Westfield in Nora. Aldi says this is part of a nationwide expansion to reach 2,500 stores by 2022.

Several Marsh locations have been redeveloped into businesses other than grocery stores. Including an abandoned Marsh store in Shelbyville transformed into a preschool, a former Noblesville Marsh transitioning into an 'Urban Air Trampoline' park, and an affordable health care center brought new life to an old Marsh in the Castleton area.

Would you like more of a say in the businesses that open in your neighborhood?

If you or someone you know decided to take action on this issue, RTV6 wants to hear from you. Email us at workingforyou@rtv6.com