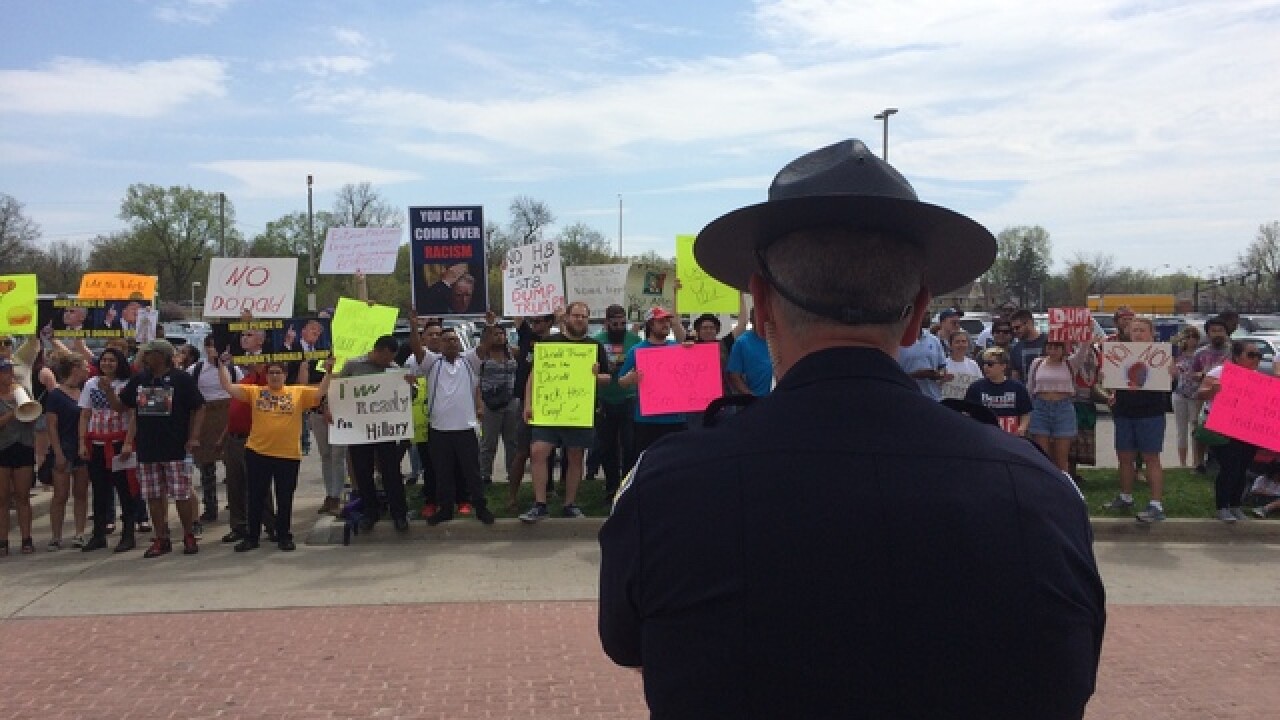 <p>Protestors gathered outside a Donald Trump rally in April at the Indiana State Fairgrounds. Several were escorted out of the rally. Protestors also scuffled with Trump supporters outside the rally.</p> INDIANAPOLIS – Several groups in Indianapolis believe a new controversial state Senate bill is designed to directly intimidate anyone trying to exercise their right to free speech.

Senate Bill 285 pushes for police to remove gatherings of 10 or more people that are blocking vehicular traffic.

The bill is authored by Republican Sen. James Tomes, who released this statement:

"The object of this measure is very simple. We need to keep our streets and interstates open to commerce, traffic, motorists and emergency personnel. Anyone who wants to stage or participate in a protest or demonstration is free to do so. But they will need to do what all other organizations do for an event or demonstration: apply for a permit with their local government. With this information, first responders will know what roads are going to be blocked and what roads they can take when responding to an emergency."

Dominic Dorsey, founder of the local organization 'Don’t Sleep,' said he feels as if the bill is a direct attack on his and other similar organizations.

“No one is unfamiliar with the resistance rally relating to the Donald Trump appointment, but let’s be honest, anytime there is any type of protest of civil unrest and individuals take to the streets, there is going to be 10 or more people gathered,” said Dorsey. “I think it’s ironic on the eve we’re celebrating Dr. King’s birthday, a person who marched in the streets across the Edmund Pettus Bridge, arm in arm, obstructing traffic, that we seek to make a law on top of another law to target protestors.”

Initially, the bill was scheduled to be presented in front of the Indiana Senate Committee on Local Government on Wednesday, but it was pushed back to a later date.