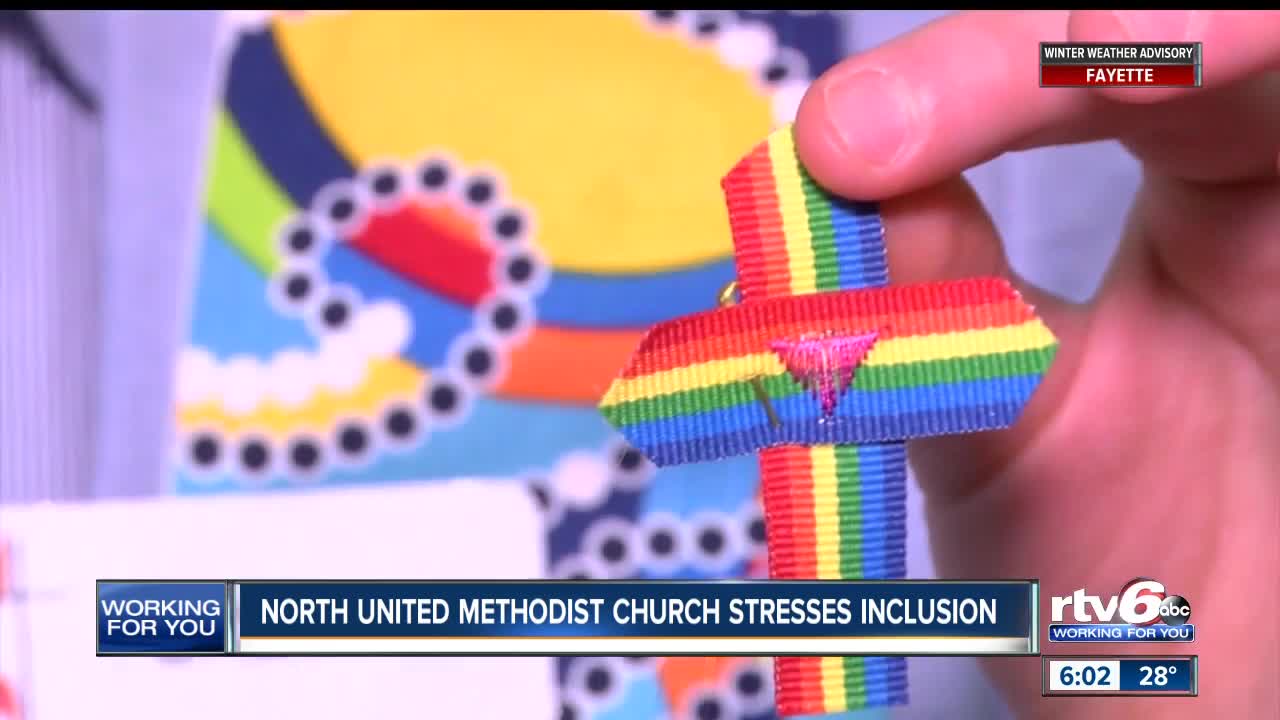 INDIANAPOLIS — It's an uncertain future for the United Methodist Church after their anti-LGBTQ actions during their general conference in St. Louis.

Heading into North United Church, David will greet you. Before the service, he passes out rainbow ribbons in support of the LGBTQ community.

At the end of February, during the United Methodist General Conference, it was voted to strengthen the denomination's ban on same-sex marriage and LGBTQ clergy.

"It was very discouraging," Tim Rankin, United Methodist Church member, said. "We had been hopeful that a different conclusion would've been reached, but we feel supported by our fellow congregation."

And those members are backing the LGBTQ community, saying the decision is a travesty.

"The church and it's infinite wisdom is going back, and I don't like that, life moves forward and not backward," Howard Trivers, church member, and LGBTQ supporter said.

"North United Methodist Church is going forward, and we are going to continue to be a witness for inclusion regardless of what the denomination does," Rev. Darren Cushman Wood said.

With her fiance, Amy Sell says the church makes her feel at home.

And the service on Sunday focused on inclusion.

"The LGBTQ kin folk are welcomed to the table because God already called them," Rev. Cushman Wood said.

The reverend said it's unclear if the church will leave the denomination, but for now, they're focusing on what they believe is the heart of Christianity.

"Jesus is in the hearts of LGBTQ believers just like he's in my heart, and ultimately that's what unites us."

Rev. Cushman Wood said things would be in limbo for the next year and a half as the judicial council will have to review this decision and with the possibility of returning to this ruling in 2020 at the upcoming general conference.

There will be two forums about this decision on March 12 at North United Methodist Church. The first will start at 10:30 a.m. in the parlor, the second will be at 6:30 p.m. in the Fellowship Hall.