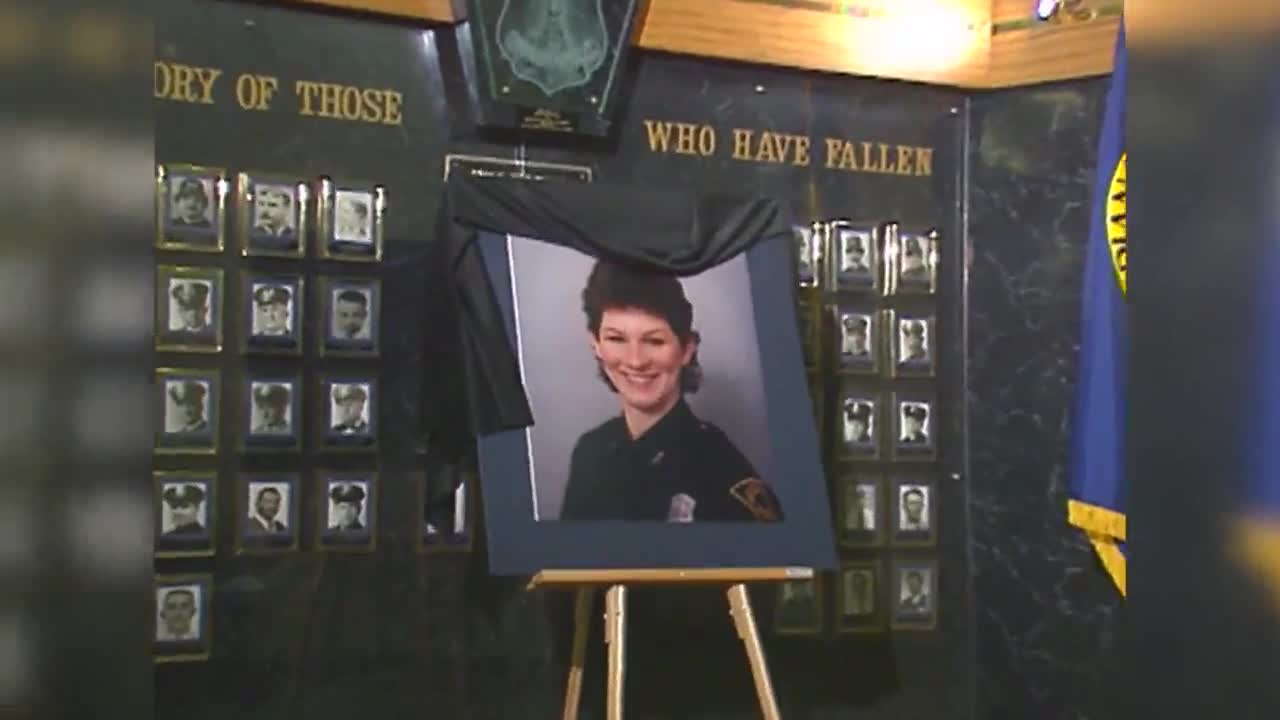 In August of 1993, Officer Teresa Hawkins was killed in an accident at East 36th Street and Emerson Avenue while she was responding to a domestic disturbance.

In August of 1993, Officer Teresa Hawkins was killed in an accident at East 36th Street and Emerson Avenue while she was responding to a domestic disturbance.

According to IMPD, Officer Hawkins' squad car was struck on the driver's side door by an intoxicated driver who ran a stop sign, pushing her squad car into a utility pole. The man fled the scene on foot, but was later apprehended. The suspect pleaded guilty to felony charges of reckless homicide, operating a motor vehicle while intoxicated causing death and driving with a blood-alcohol content over the legal limit causing death. The offender was sentenced to eight years in prison.

Officer Hawkins, who was 28, had served with the Indianapolis Police Department for five years and was assigned to the East District. She was survived by her four brothers, four sisters and parents.

The last IMPD officer to be killed in the line of duty was 51-year-old Perry Renn. He was shot while responding to a report of shots fired on the city's east side.

One year earlier, in 2013, Officer Rod Lee Bradway was shot while investigating a domestic disturbance at a southwest side apartment complex. Bradway was 41.

In 2011, Officer David Spencer Moore was shot after stopping a stolen vehicle on the Indianapolis east side. Moore was 29.

IMPD's Officer Down Memorial Page has a complete list of line-of-duty fatalities:
https://www.odmp.org/agency/5443-indianapolis-metropolitan-police-department-indiana