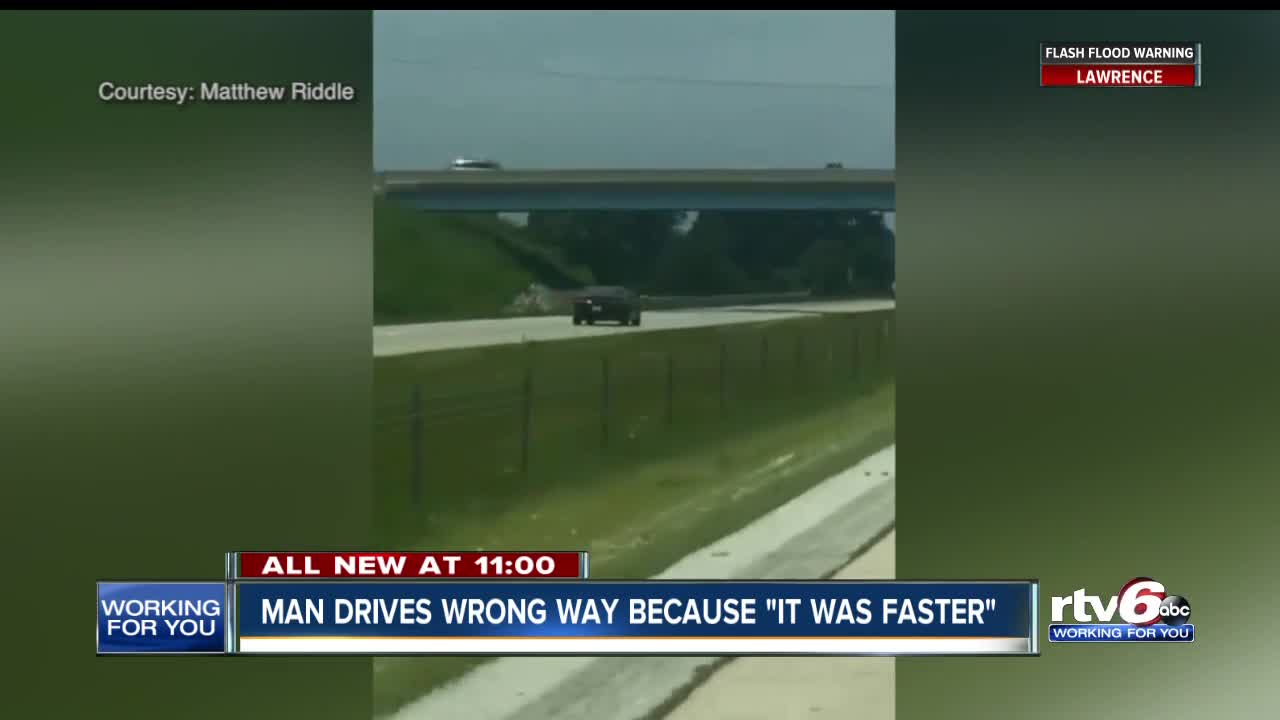 A man drove the wrong way on I-70 east of Greenfield before being arrested for reckless driving. 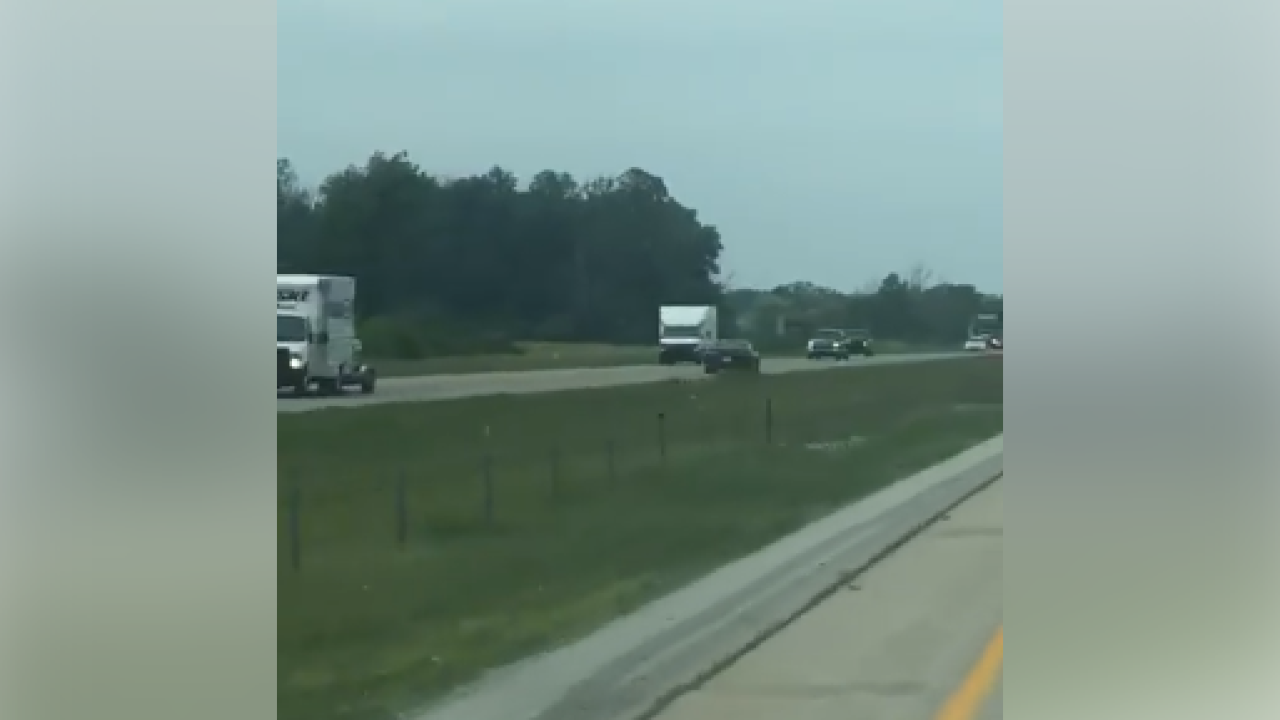 GREENFIELD — A 19-year-old Indianapolis man was arrested and charged with reckless driving after he drove the wrong way on the interstate Wednesday afternoon.

Captain Robert Harris of the Hancock County Sheriff's Department said De'Ante Parrish was not impaired when drove a black Chevrolet Camaro the wrong way on Interstate 70 east of Greenfield. Parrish told officers at the scene he thought it would be faster if he drove on the other side of the interstate.

Harris said Greenfield Police Department Seargeant Michael Schwamberger, Hancock County Sheriff Brad Burkart and Chief Deputy Major Robert Campbell were returning from a meeting when they saw Parrish and they were able to stop him before any crashes occurred.

A Facebook video taken by Matthew Riddle shows Parrish driving on the shoulder as some cars swerve to avoid him. You can watch that video below.