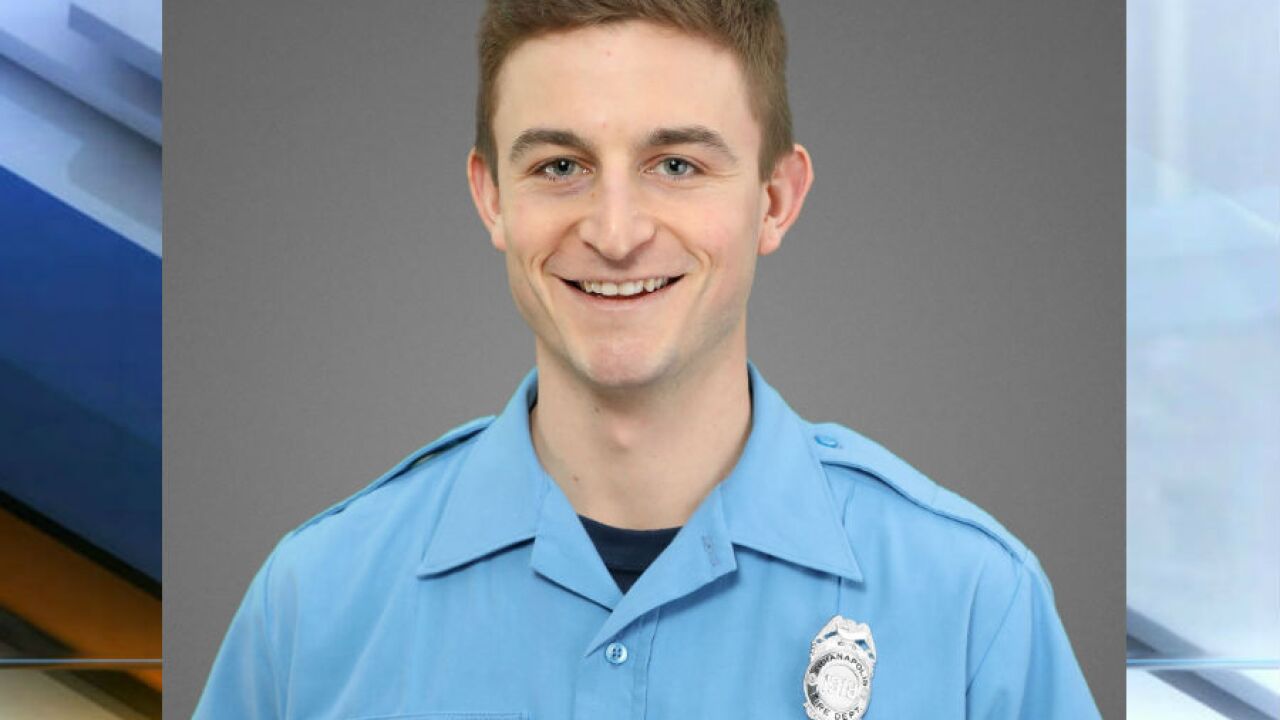 David R. Short II, 26, Indianapolis, was named as the person killed in the crash in a release provided by the sheriff's department.

"David left us too soon but he left having achieved the one milestone he wanted more than anything else in the world and that was to be an IFD Firefighter," IFD Battalion Chief Rita Reith said in a press release. "His energy and smile will be missed."

Short was an employee of Jockamo Upper Crust Pizza before becoming an IFD recruit.

"We are devastated by this loss and ask for your prayers and positive thoughts for Morgan's recovery and for both families," the restaurant said in a Facebook post.

A gray Ford F-150 was traveling northbound on Mt. Comfort Road when a black Dodge Ram 1500 driven by a juvenile male crossed the center line. The driver of the Ford F-150 was unable to avoid a collision and was struck by the Dodge Ram.

The driver of the Dodge Ram, a juvenile male from Indianapolis, was taken to Methodist Hospital in serious condition. The driver of the Ford F-150, Adrian Hampton, Greenfield, was not hurt.

Carissa Rouse, 24, Fishers, was driving the Ford Edge and was not injured.

Drugs and alcohol do not appear to be a factor in the crash, and the investigation is ongoing.