One person killed in fiery crash in downtown Indianapolis 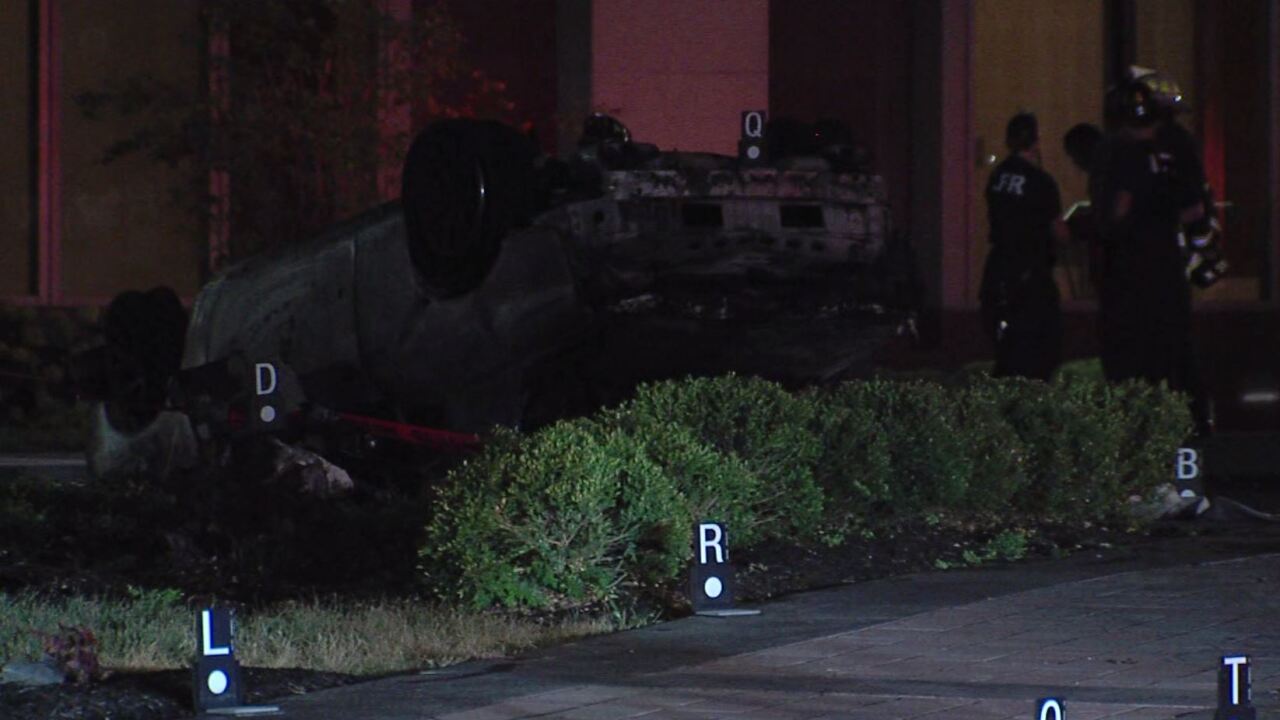 Jonathon Christians/RTV6
One person was killed in a fiery crash in front of the Eli Lilly corporate headquarters in downtown Indianapolis early Wednesday, July 31, 2019.

INDIANAPOLIS — One person was killed in a fiery crash in downtown Indianapolis early Wednesday.

According to a report from Indianapolis Metropolitan Police Department, it happened in front of the Eli Lilly corporate headquarters on Delaware Street.

Police said a car was traveling eastbound on McCarty Street when it went through a traffic light, went into the parking lot at Eli Lilly, hit a pole, flipped over and caught on fire. The driver died in the fire, police said.

Police are still working to determine the make and model of the car as well as to identify the driver.