Overturned semi dumps potatoes & fuel across I-65 in Indy 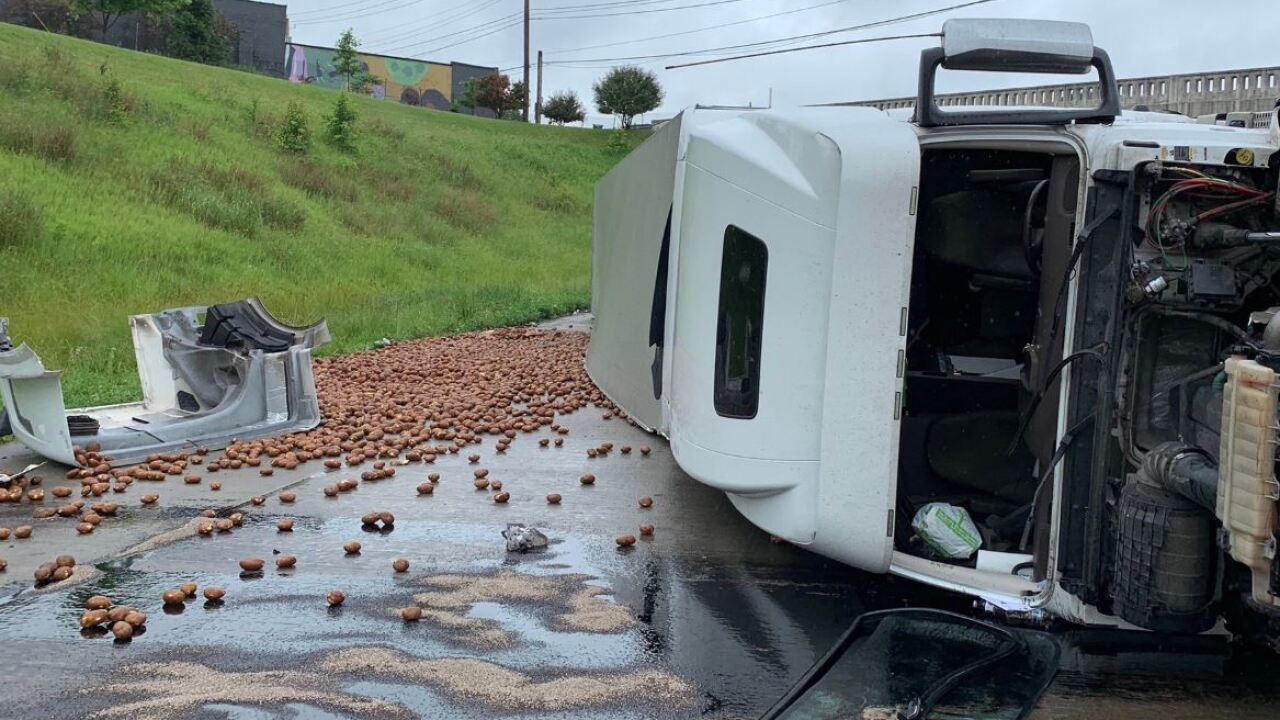 INDIANAPOLIS — A semi hauling potatoes and tomatoes caused a big mess on I-65 Sunday morning when it overturned just before the I-70 interchange.

Indianapolis Fire Department crews responded to the scene for clean-up after the semi landed on it's side in the northbound lanes of I-65 at Virginia Avenue just before 11:30 a.m.

The semi spilled its load of potatoes across the road and roughly 150 gallons of fuel. The extensive clean-up closed the northbound lanes of I-65 in the area for several hours.

No injuries were reported from the crash.