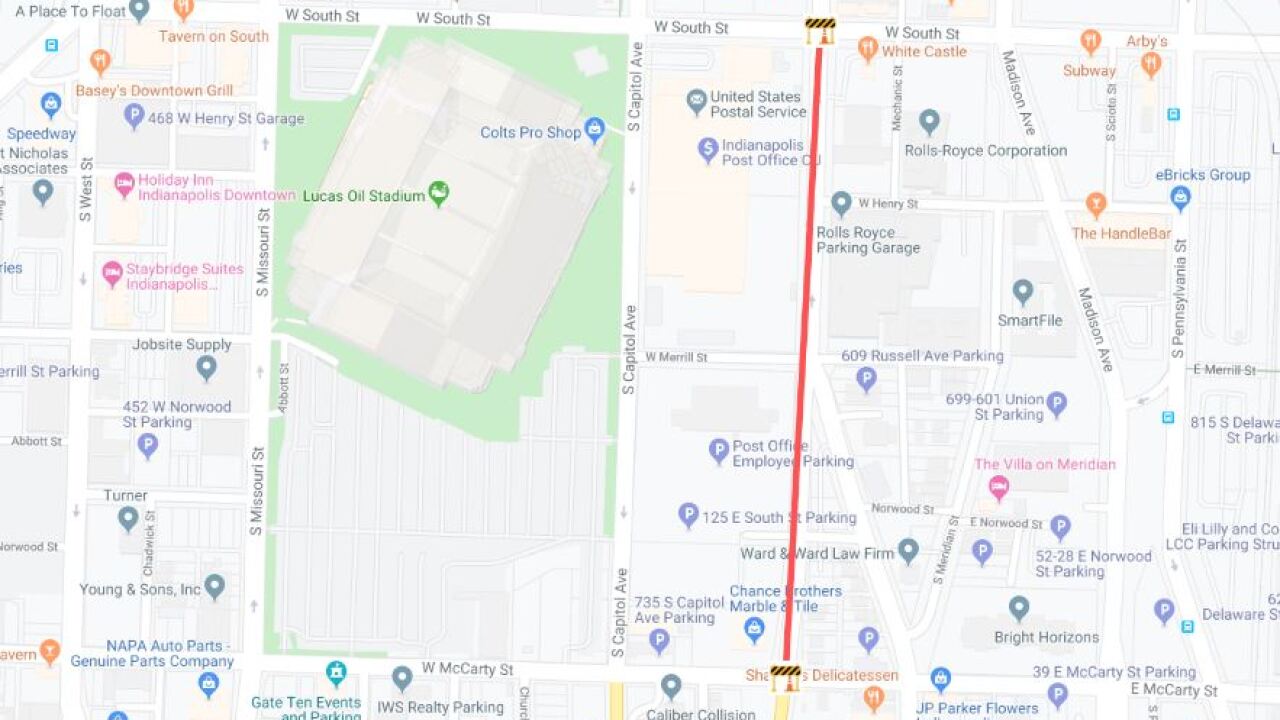 INDIANAPOLIS — Part of a busy street in downtown Indianapolis will be closed for several months for construction on underground tunnels.

The closure of Illinois Street between West McCarty Street and West South Street will close on or after Dec. 9, according to Citizen's Energy. The closure was originally scheduled to start on Monday.

The closure is expected to last through July 2020. Local access will remain open during that time, but through traffic will be redirected via posted detour signage.

Citizens Energy workers will be completing construction on the Lower Pogue's Run Tunnel during that time, which is part of the DigIndy tunnel system.

The full 28-mile stretch of tunnels is expected to be completed by 2025. The goal of the project is to eliminate sewer overflows into waterways in Marion County.