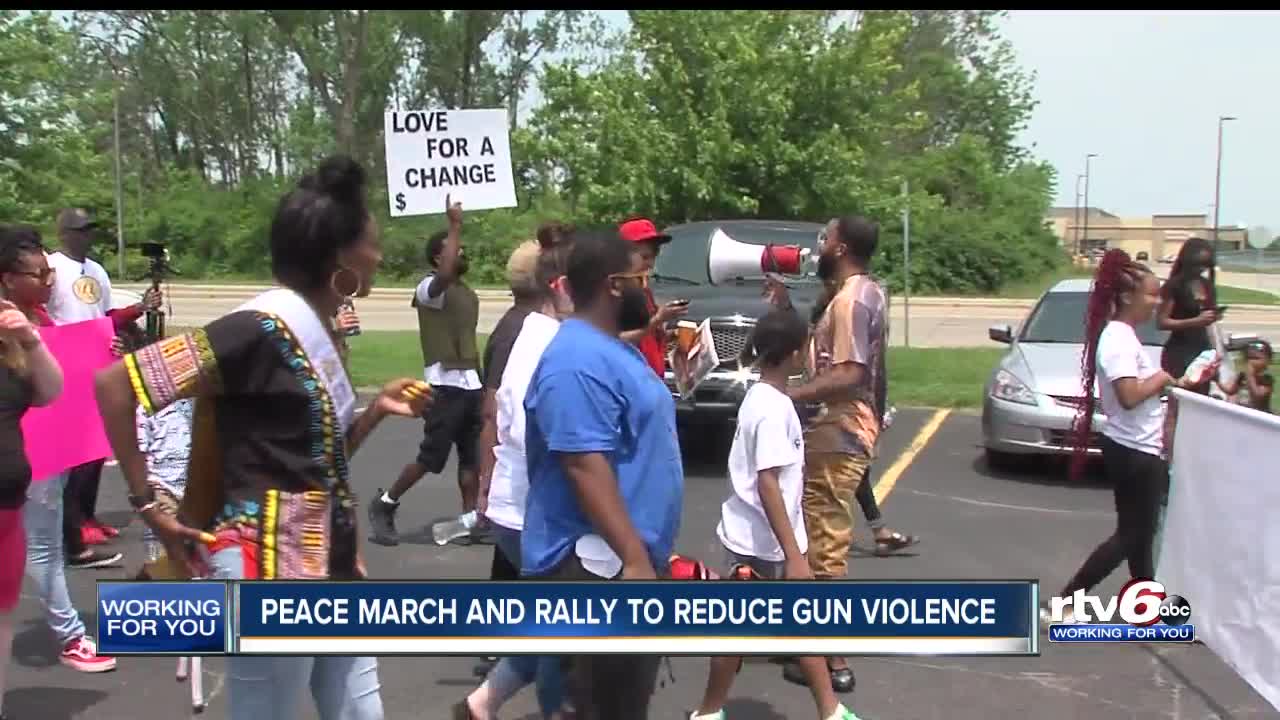 A peace march and rally was held Saturday afternoon on the east side of Indianapolis with the goal of reducing gun violence in the city.

INDIANAPOLIS — Community members gathered Saturday for a peace march and rally to help reduce the gun violence in Indianapolis.

The peace march and rally, held on the east side of Indianapolis, was started five years ago by Derris Ross with the goal to tackle the issue of gun violence head-on.

"This area is one of the leading areas of gun violence in our city," Shonna Majors, director of community violence reduction said. "It is important that we talk to the youth to show them some positive ways to deal with the conflict. A lot of this an emotional response to something. We want to get started with the younger ones and get them involved."

When the rally was over, the group marched to A&I Meats and Produce, a grocery store helping to fill the void in a food desert. The marchers were so vigorous in their support, they almost emptied the shelves, and the store had to close early.

"A lot of our youth with guns and stuff are African-American," Robert Hearst said. "They see other African-American men doing something positive, they have something to look forward to. A lot of us are reaching out to these youth and try to get them to see what we are doing and mentor them."

While there is no blueprint to stop the gun violence in Indianapolis, this previous approach being revisited by The Ross Foundation hopes to help reduce the violence.