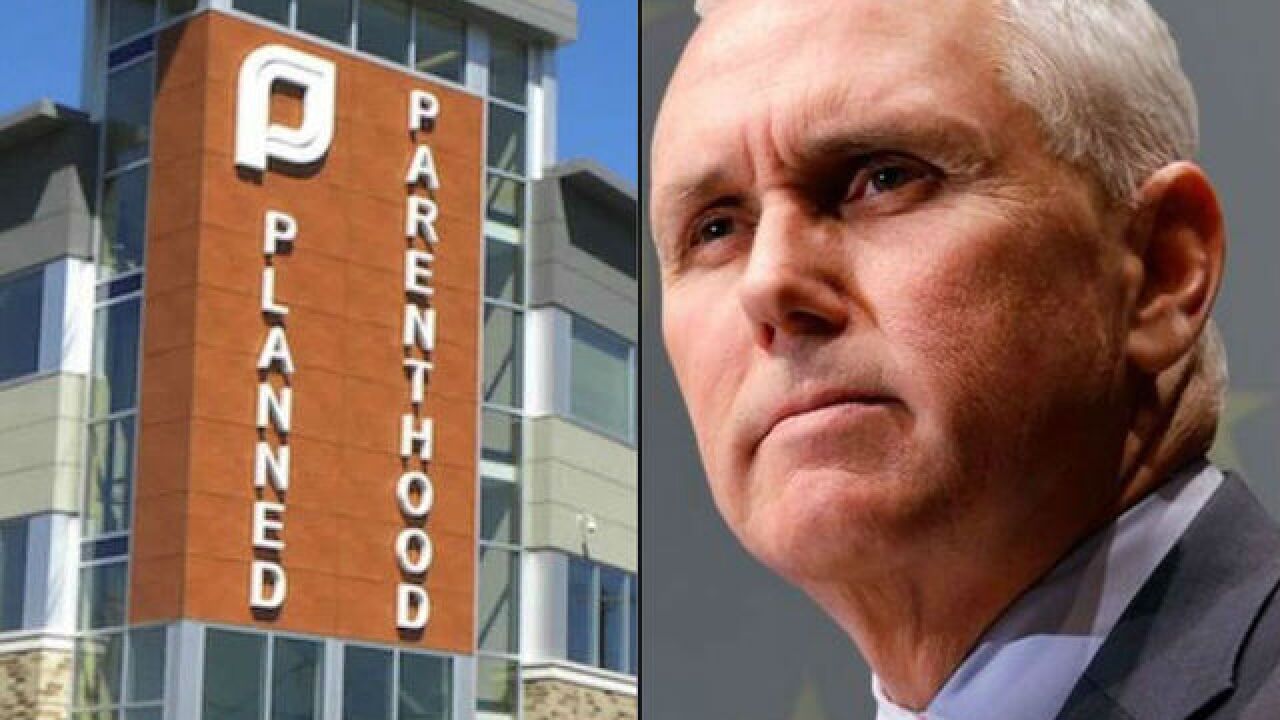 By: Associated Press
Posted at 11:14 AM, Jul 02, 2016
INDIANAPOLIS (AP) - Governor Pence's office says he is disappointed with a federal judge's decision to block a state law banning abortions sought because of a fetus' genetic abnormalities.
Pence spokeswoman Kara Brooks said Thursday that the governor "remains steadfast in his support for the unborn, especially those with disabilities."
She says Pence believes citizens should be allowed "to determine appropriate medical safety standards and procedures through their elected representatives."
A federal judge ruled a day before the law was to take effect that the state doesn't have the authority to limit a woman's reasons for ending a pregnancy.
The American Civil Liberties Union of Indiana sued the state on behalf of Planned Parenthood. ACLU attorney Ken Falk says he's confident the law will be found unconstitutional if the state continues its fight in court.
Copyright 2016 The Associated Press. All rights reserved. This material may not be published, broadcast, rewritten or redistributed.