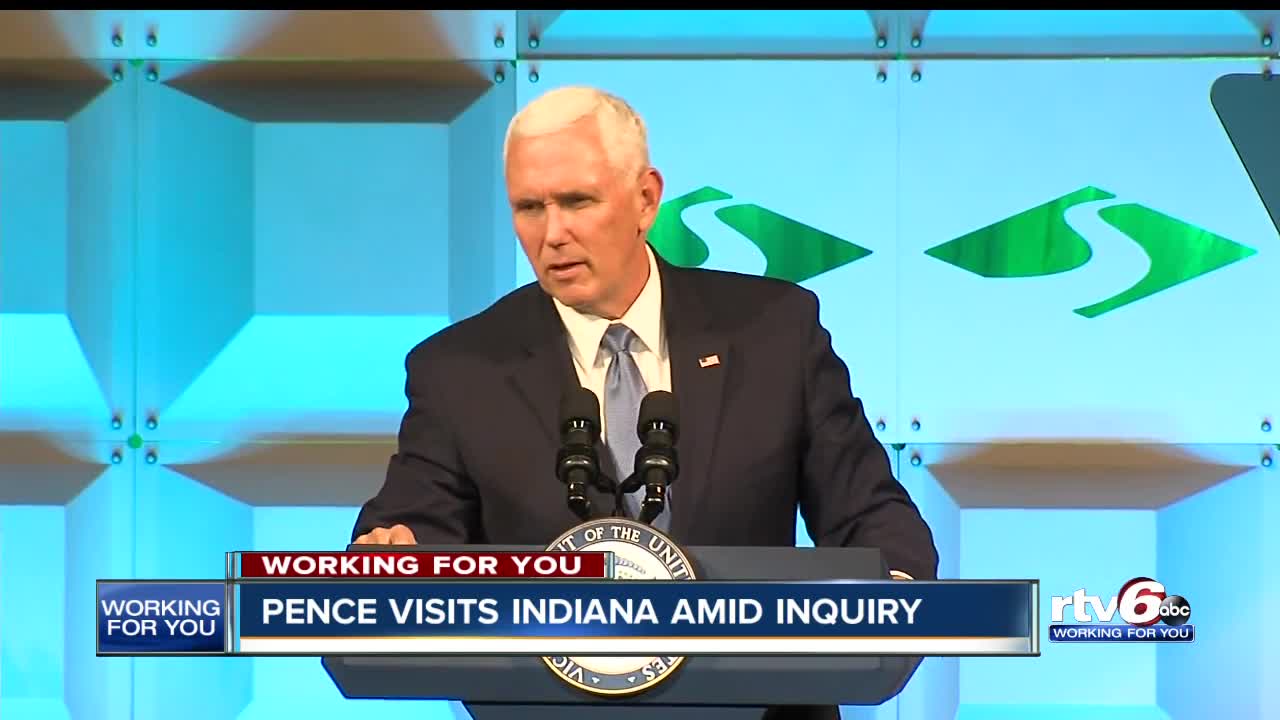 Pence instead spoke about education at the Strada Education Network National Symposium Welcome Reception a day after 16,000 teachers surrounded the Statehouse asking for changes to Indiana's education plans and budget.

Pence said educating future workers is the priority and Indiana's education system is a model for the Trump Administration.

"We actually included expanding career and vocational education to every high schools as one the top priorities," Pence said. "I'll never forget one of the first conversations that I had when then-candidate Donald Trump was considering me to join his ticket was on the subject of education. I think he was very interested in our growing economy and our balanced budget, but he was just as interested in what we were able to do with education innovation reform."

The Vice President did not make any new comments about the impeachment hearings, but one of his top aides said an alleged discussion recalled by U.S. Ambassador to the European Union Gordon Sondland "never happened."