Pete Buttigieg, Brad Stevens celebrate Halloween by dressing up as each other 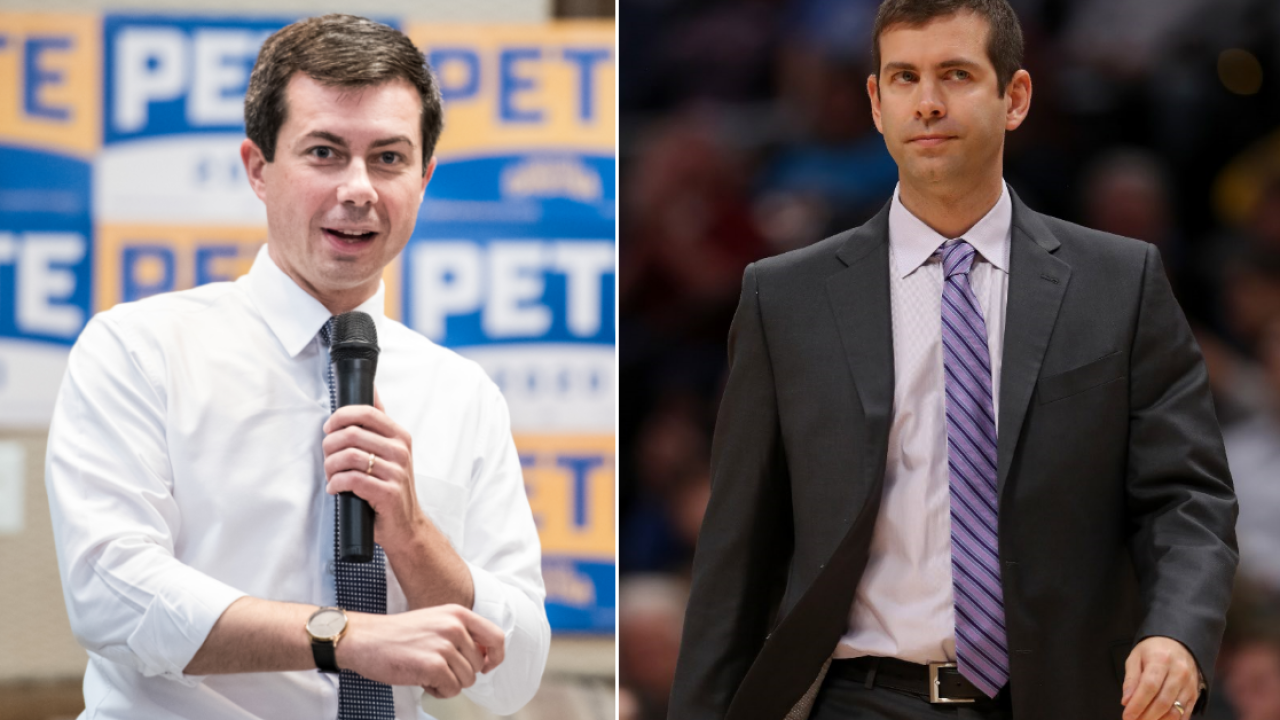 INDIANAPOLIS — One is a presidential hopeful and the other coaches the Boston Celtics, but it can be hard to tell them apart.

So, on Halloween, Pete Buttigieg and Brad Stevens played along with the jokes about them being doppelgängers by dressing up as each other.

Buttigieg's Twitter account first posted a photo of the South Bend mayor standing with his arms crossed while wearing a sport coat and Celtics hat.

Was so great to have Brad Stevens come to New Hampshire and give the @PeteButtigieg team a pep talk. #HappyHalloween pic.twitter.com/PC3fExskxc

Then Stevens got into the act a couple hours later. The former Butler coach's wife, Tracy Stevens, posted a photo of her husband in typical Buttigieg attire, a white button-up shirt and tie with the sleeves rolled up to his wrists and arms outstretched.

Buttigieg probably isn't going to roam the sidelines of an NBA arena any time soon and it's not likely that Stevens will be traveling around Iowa and New Hampshire looking for votes, but ... has anyone ever seen them in the same place at the same time?