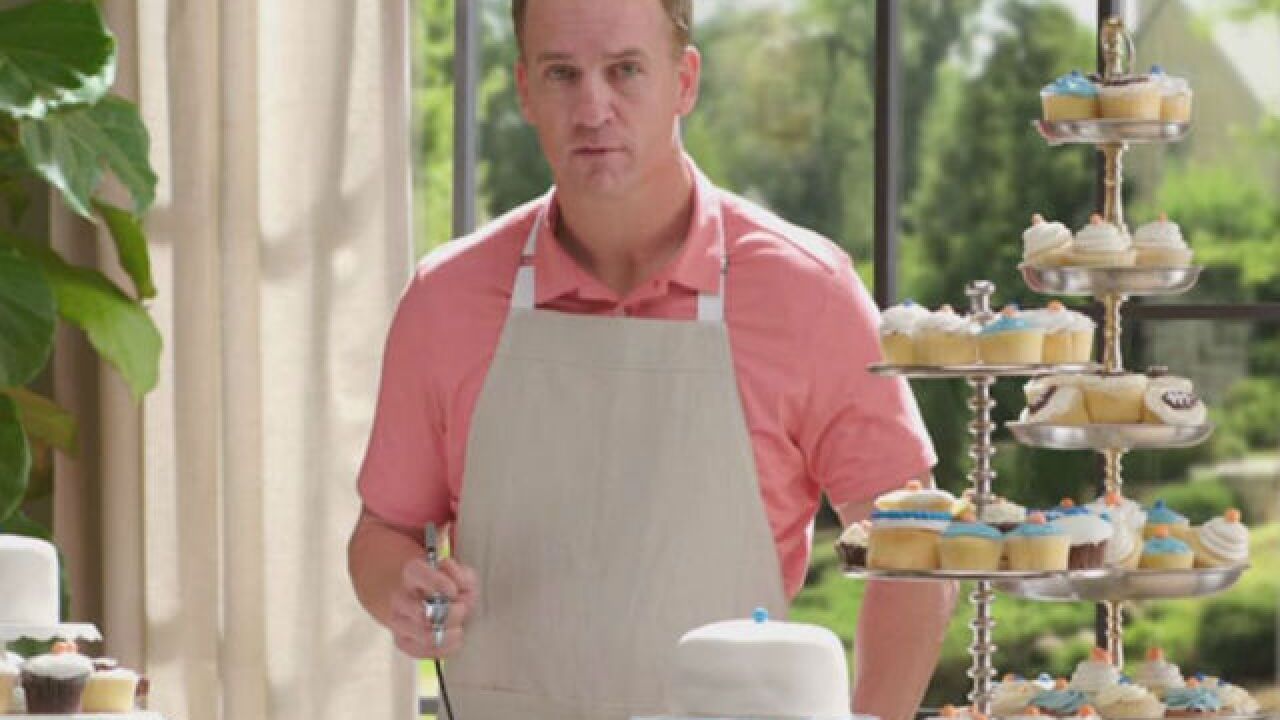 Now that he's retired, what is Peyton Manning doing on game day?

Making cupcakes, apparently – at least according to his newest ad for Papa John's.

"The guy was a legend on the field. He poured everything he had into the game," a narrator can be heard saying in the ad. "You gotta wonder what he's doing on game day now?"

The video then cuts to Manning in a salmon-colored shirt behind a table full of cupcakes.

Watch the ad below: