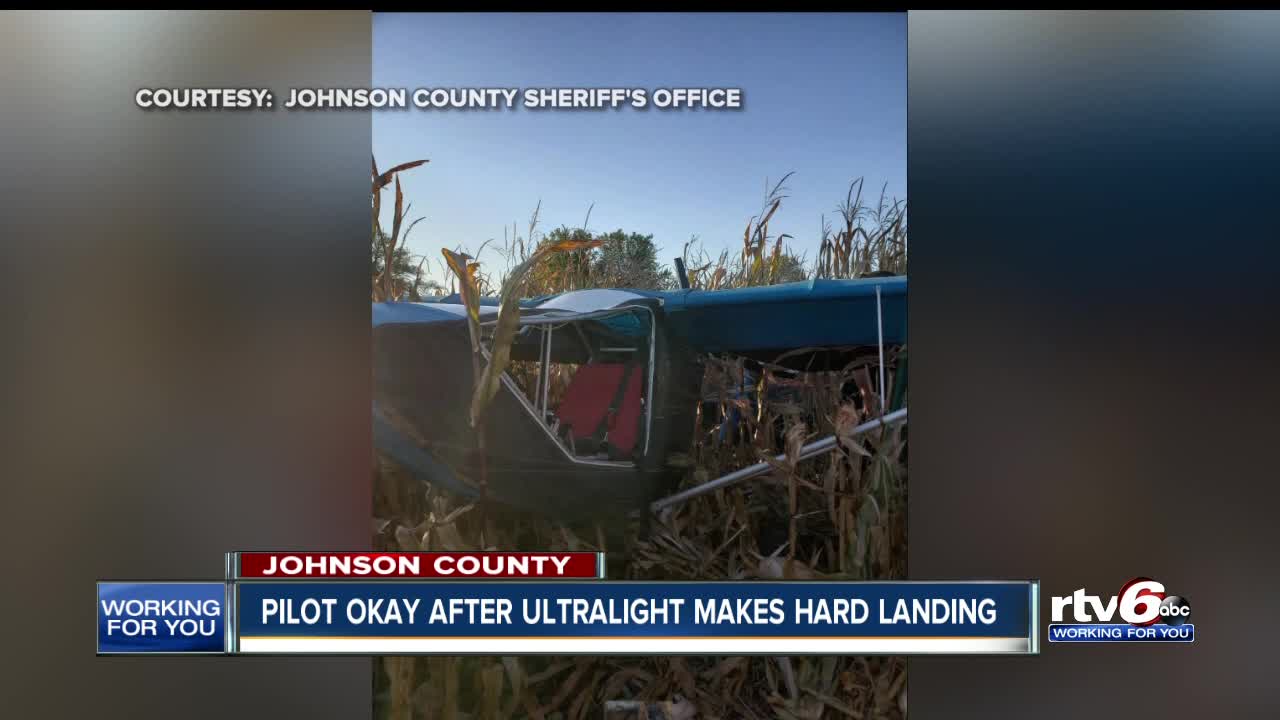 A pilot in Johnson County walked away after his ultralight landed hard in a cornfield. 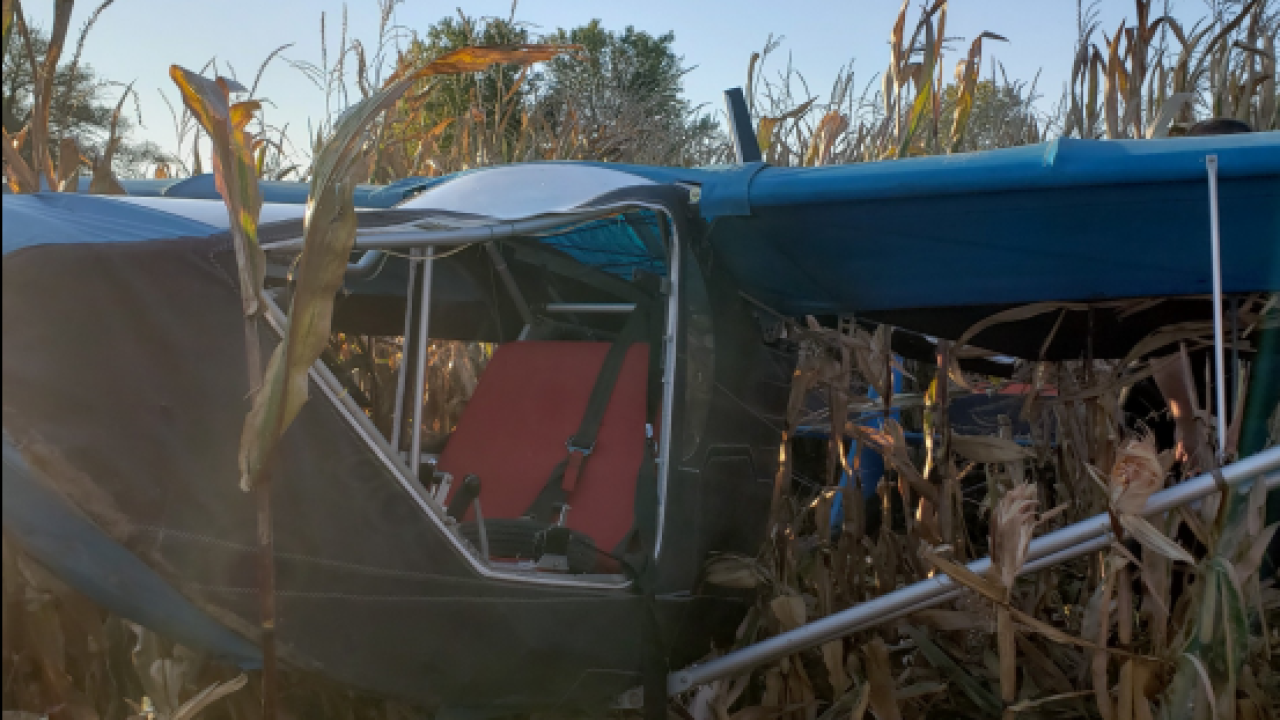 JOHNSON COUNTY — A pilot walked away unscathed after his small ultralight aircraft made a rough landing Sunday afternoon in a Johnson County cornfield.

According to information from the Johnson County Sheriff's Office, the Johnson County Communications Center received a call regarding a small aircraft that went down just before 5:30 p.m. in a cornfield northeast of Interstate 65 and Whiteland Road.

The pilot, who was not injured and did not need assistance, told law enforcement he had mechanical difficulties and landed in the cornfield, which was his friend's property.

Sheriff's deputies contacted the Federal Aviation Administration, but the FAA said it will not need to respond because it was an ultralight and there were nobody was hurt, the sheriff's office said.