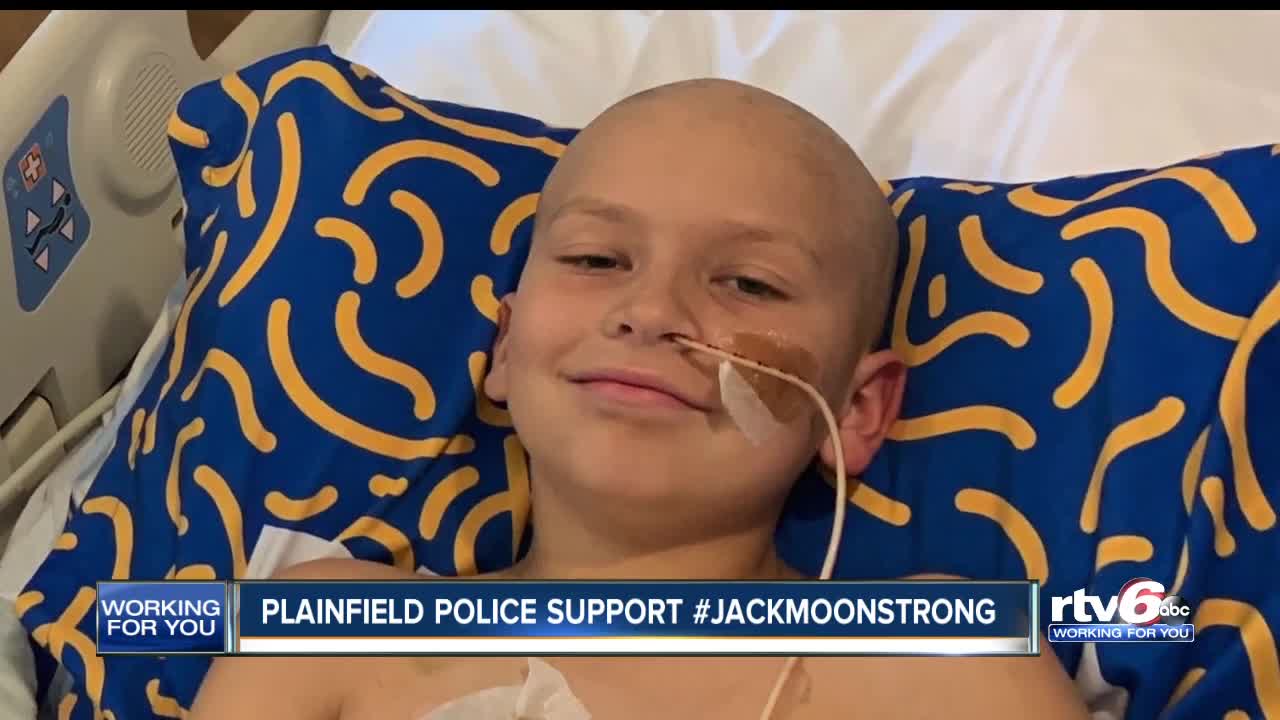 The Plainfield Police Department is leading community support for a 12-year-old boy who was diagnosed with Type B non-Hodgkin's lymphoma.

PLAINFIELD — A Hendricks County community came together Sunday to support a family that is facing one of the biggest challenges of their lives.

It's a charge that is being led by the Plainfield Police Department to show a 12-year-old boy who was recently diagnosed with cancer that he is not alone and that the community is behind him as he fights.

But in August, life took a turn. Instead of sitting in the bleachers watching Jack play, his family is now sitting in a hospital room as Jack receives treatment for Type B non-Hodgkin's lymphoma.

"You can imagine how anybody's family, a young child 12-year-old child with a bright future, he runs into something like this, it's very traumatic for all of us," Steve said. "There was no signs that he was having leukemia, so we went to the hospital. That's when we found out."

"He has two left of what we can call the maintenance rounds," Steve said. "It's pretty exciting for us because he's gotten through all the difficult beginning stages of his chemotherapy."

But Jack still has a long road ahead, which is why the Plainfield community is stepping up in a major way by showing Jack is not alone in his fight.

"Finding out that one of our local kids was going through something like this we wanted to do anything we could to support him and his family," Prewitt said.

In order to help Jack's family with the cost of his treatment, the police department is dedicating the month of November to the 12-year-old. They are selling "Jack Moon Strong" orange window clings that mimic the department's shoulder patches.

"You got a young man that has the disposition if he is facing a challenge or he's going to power through it he's done it on the baseball field, and now he's doing it in a much more important way," Prewitt said.

Officers are also wearing orange ribbon pins on their uniforms and orange underneath shirts.

Steve said Jack's diagnosis and treatment are traumatic and a challenge every day for his family, but the community support means the world.