Victim was choking on food 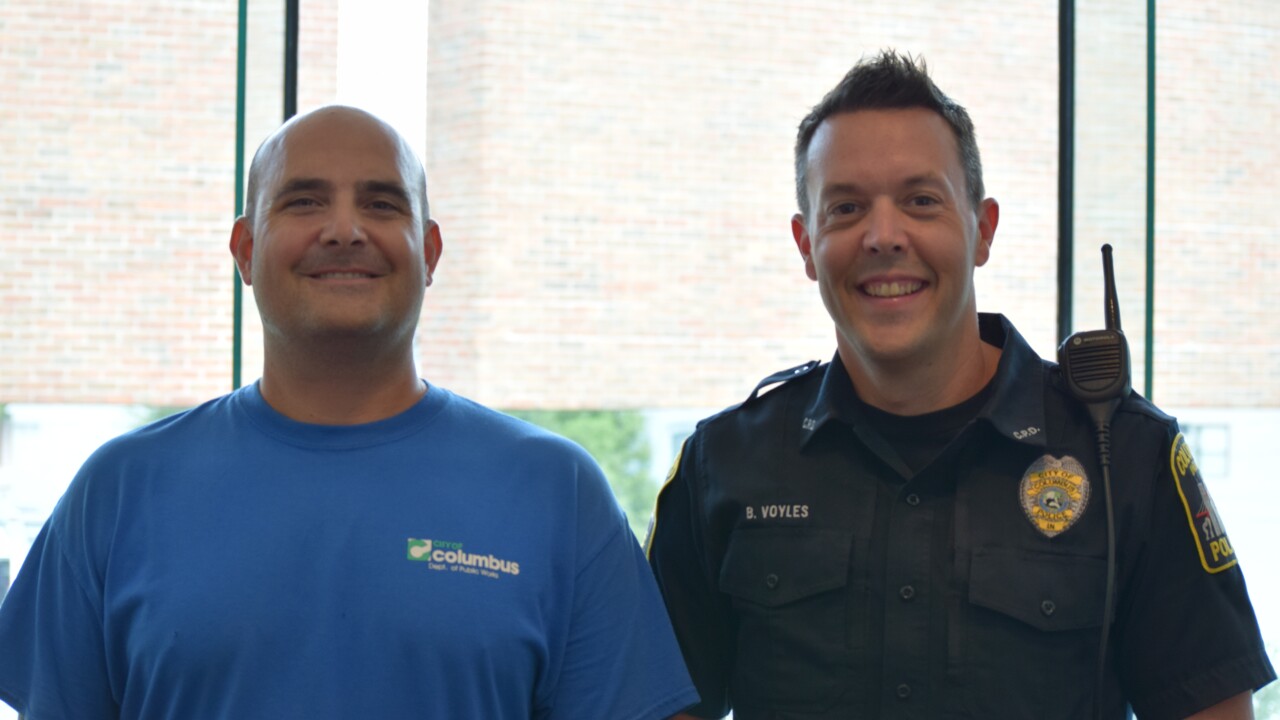 COLUMBUS—A Columbus police officer and a Department of Public Workers employee were cited Tuesday for helping save the life of a fellow city worker.

Police Officer Brian Voyles, and DPW worker Rudy Zeigler were presented a letter of commendation at a meeting of the Columbus Board of Public Works and Safety.

According to the Columbus Police Department, Voyles was on patrol in the area of State and Pence streets on July 10 when he was flagged down by Zeigler. His work partner had been eating in a vehicle when he choked on a piece of food and was unable to breath.

Officer Voyles and Ziegler performed the Heimlich maneuver and were able to dislodge the food, allowing the man to breath on his own.