Police officers run to remember those who made ultimate sacrifice 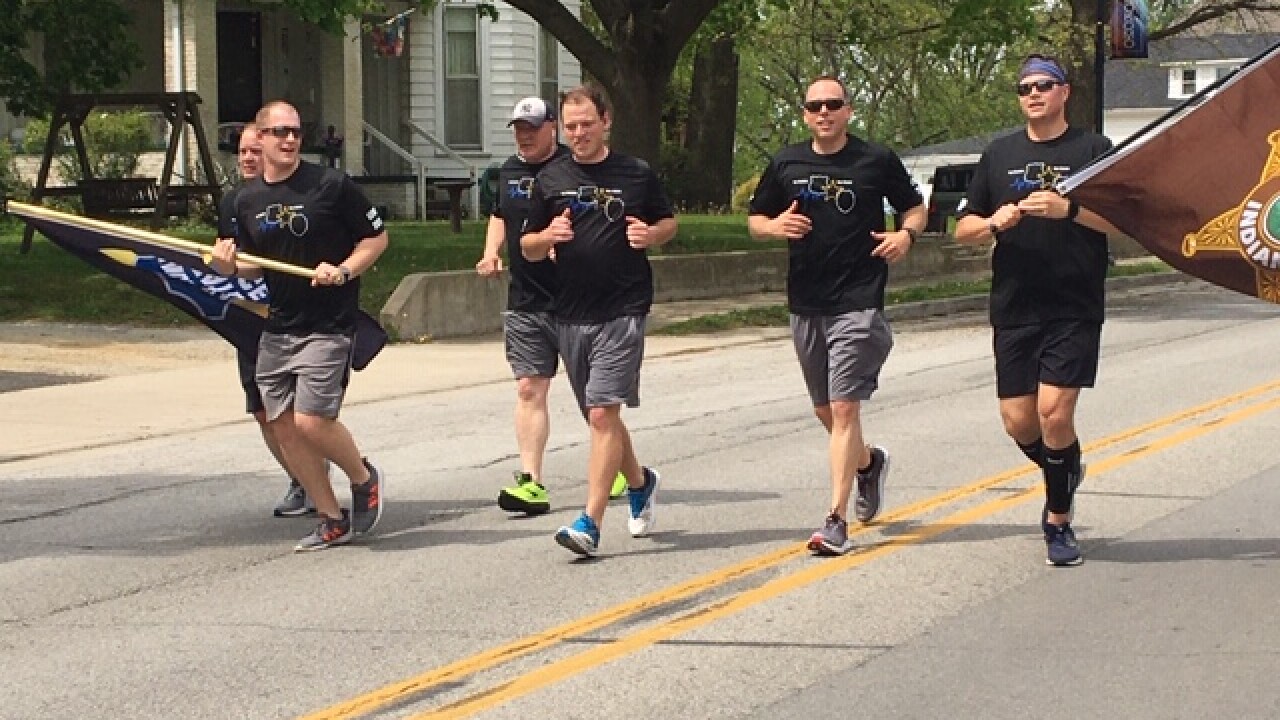 Police officers run through Kokomo Thursday to remember those who died in the line-of-duty. 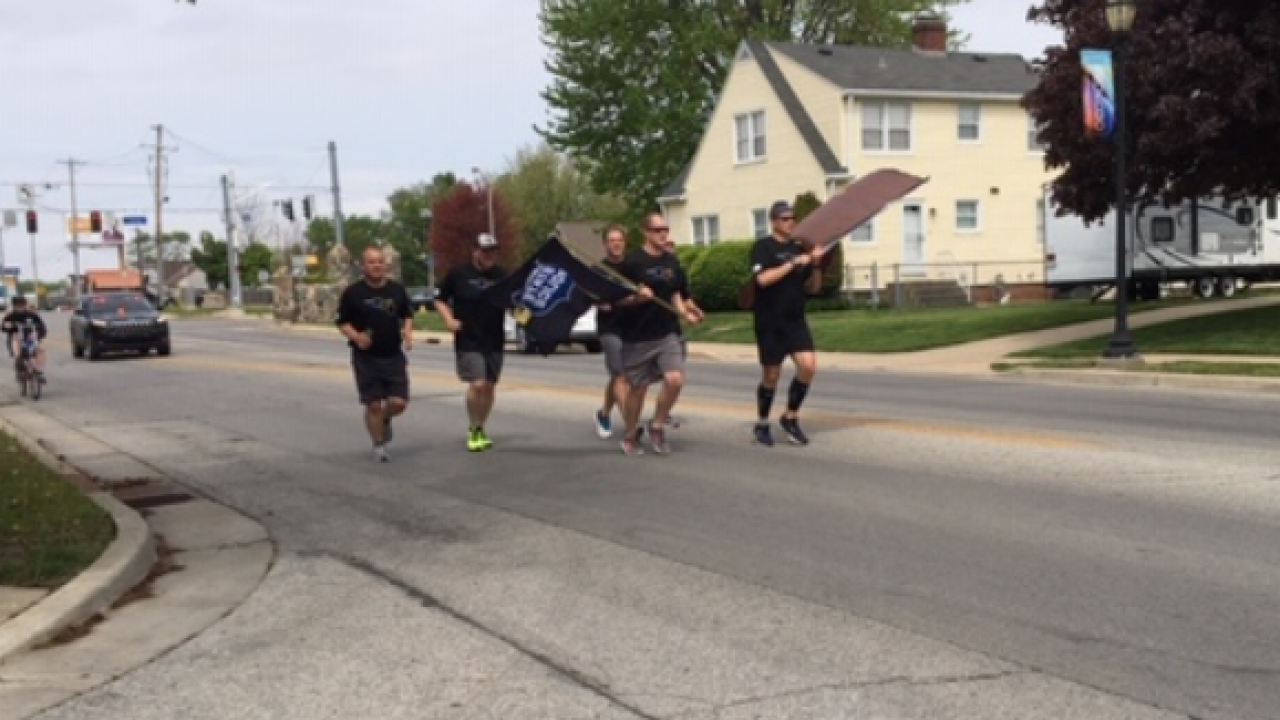 KOKOMO — Officers from three police departments took to the streets of Kokomo Thursday to honor the 135 law enforcement officers killed in the line-of-duty during 2019 in the U.S.

A two-mile run from the Howard County Jail to the courthouse in downtown Kokomo was part of National Police Week. Due to COVID-19 most public gatherings associated with the week have been canceled.

Speaking of the officers being remembered, Zimmerman said, "they paid the ultimate sacrifice and we want their families to also know that we're there for them. They're 100 percent still part of our family here at the Howard County Sheriff's Office."

Trooper Stephan died on October 11, 2019 in a single-vehicle crash while responding to assist another Indiana state trooper who was holding several suspects at gunpoint. Deputy Koontz was shot and killed on March 20, 2016 as he and other deputies served arrest and search warrants in connection to a narcotics case.

Nationally, the Law Enforcement Memorial Run was started in 1996 to honor law enforcement officers who gave the ultimate sacrifice while protecting their communities, and to also honor their survivors.

The runners include survivors from emergency services and the military. The run is a three day, 150 mile, relay style race from the Philadelphia Navy Yard to the Washington D.C. National Police Memorial.